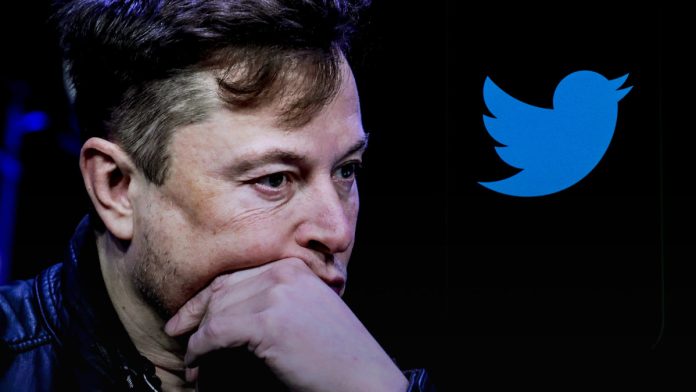 Elon Musk has finally lifted the veil on the workforce at Twitter.

After taking control of the microblogging website at the end of October in exchange for a check for $44 billion, the serial entrepreneur immediately embarked on an austerity cure to make the platform profitable.

On the one hand Musk had contracted a debt of $13 billion. The debt comes with interest payments of around $1.5 billion a year. This debt had been transferred to the company’s balance sheet.

On the other hand, Twitter was faced with an exodus of advertisers who had chosen to pause the promotion of their products and services while waiting to have a clear idea of ​​the content management policy that Musk was going to put in place.

Half the Jobs Cut in One Day

The tech mogul has always marketed himself as a “free speech absolutist,” meaning he believes any tweet is okay as long as it doesn’t violate the law. For many advertisers, this laissez-faire approach risked turning the platform into a “hellscape.”

The advertiser exodus had had a big impact on Twitter’s finances, with Musk saying the company was losing $4 million a day. The billionaire then announced an unprecedented massive reduction in the workforce. He had cut half the jobs, or 3,750 jobs, in one day.

A few days after these job cuts, the new owner of the social network then asked the remaining employees to work long hours or leave.

“Going forward, to build a breakthrough Twitter 2.0 and succeed in an increasingly competitive world, we will need to be extremely hardcore. This will mean working long hours at high intensity. Only exceptional performance will constitute a passing grade,” the billionaire wrote in an email sent to employees on November 16.

“If you are sure that you want to be part of the new Twitter, please click yes on the link below,” he continued. “Anyone who has not done so by 5pm ET tomorrow  will receive three months of severance.”

It is difficult to know what response the whimsical and visionary entrepreneur expected from this ultimatum. More than a thousand employees had decided to leave, which had caused general chaos, forcing Musk to temporarily close offices of Twitter including the headquarters in San Francisco.

The Number Is ‘Incorrect’

Since then, there was a blur on the workforce of the company.

Musk has just clarified things after a CNBC article, citing “internal records,” indicated that the company has “approximately 1,300 active, working employees, including fewer than 550 full-time engineers by title.”

The billionaire claims that CNBC’s figures are false, at least those relating to the total number of Twitter employees.

“The note is incorrect,” the billionaire said on January 21, referring to the article. “There are ~2300 active, working employees at Twitter.”

To another Twitter user mentioning the article, Musk repeated: “It is actually not true. Employee headcount is almost double that.”

Basically, Twitter, which had 7,500 employees at the beginning of November, lost 5,200 employees in just over two months.

In addition, Musk took the opportunity to talk about the staff allocated to security while civil rights associations are concerned that the sharp reduction in staff has weakened the management of the platform’s content.

“There are still hundreds of employees working on trust & safety, along with several thousand contractors.”

Finally, the billionaire has appeared to respond to critics who accuse him of using employees of his other companies, including Tesla  (TSLA) – Get Free Report engineers, to work at Twitter.

“Less than 10 people from my other companies are working at Twitter,” Musk said.

Musk has also indicated that Twitter will be hiring this year but he did not say what functions or roles the company plans to fill.

“Yes,” the Techno King, as he’s known at Tesla, answered.

He did not give further details, such as when the company was planning to start hiring.

The tech sector is in the midst of an austerity cure. In 2022, tech companies cut nearly 100,000 jobs, according to a recent report from outplacement services firm Challenger, Gray & Christmas. This was more than seven times the number of 2021, when 12,975 jobs were lost in the tech sector.

News - August 24, 2022 0
Square Enix has released a 10-minute official gameplay overview trailer for Forspoken. This trailer will give you an extended look at the game’s story,...

News - June 12, 2022 0
China will “fight to the very end” to stop Taiwan from declaring independence, the country’s defence minister has vowed in a speech amid his...

News - February 14, 2022 0
Kamila Valieva, the teenage Russian figure-skating prodigy, can contest the women’s individual event at the Winter Olympics after a tribunal upheld a decision to...

Live news: The week ahead calendar

News - February 7, 2022 0
This week is rich with commemorations.It begins with the anniversary of the Maastricht treaty, signed 30 years ago on Monday by the 12 member...
© 2022 Venture Current is a Flag Media LLC Publication. All Rights Reserved.
VC is part of the FLAG Token rewards network. Clients and partners can use FLAG Tokens for VC products and services.
VC runs 'Automatic' software. Stories posted here come from generic-topic Google news RSS feeds as well as client and partner-approved content.
If a story appears on this page that needs to be deleted due to licensing issues, please message us immediately so we can help you.