EU countries have struck a deal to pursue tougher climate policies despite fears among some member states that a rush to shore up energy supplies after Russia’s invasion of Ukraine would weaken Europe’s environmental ambitions.

A ban on the sale of combustion engines by 2035, a phaseout of permits allowing polluting industries a certain amount of carbon emissions and a crackdown on products linked to deforestation were among proposals agreed early on Wednesday in Luxembourg by environment ministers from the 27 EU member states.

After 16 hours of talks, the agreement marks an important step forward for Europe’s ambitious Green Deal climate law, through which the bloc aims to become carbon-neutral by 2050. But campaigners said caveats added by member states would make it difficult for the EU, the world’s third-largest emitter of greenhouse gases, to achieve its target of reducing its emissions by 55 per cent by 2030 compared with 1990 levels.

Frans Timmermans, European Commission vice-president for green policy, hailed it as “a very good day for the European Green Deal”. The deal was reached “against the odds, against what many thought was possible,” he said.

Ministers also agreed a €59bn fund to compensate those affected most by the climate change transition and finance efforts by countries to improve energy efficiency, renovate buildings and introduce low-emission transport systems. The amount was less than the original €72bn proposed by the commission after pushback from a group of countries led by Germany, which argued that they would pay more into the fund than they receive.

“What we are asking countries to do is not a punishment, it is something that will help them get rid of a dependency [on] fossil fuels,” said Dan Jørgensen, Denmark’s climate minister.

Ahead of the talks diplomats, particularly from northern European states, had feared that ministers would dilute environmental promises as governments tried to secure energy supplies in the wake of the Ukraine war.

“Overall there is definitely a push . . . to open coal plants again and look at nuclear,” one EU diplomat said, adding that “money should be put into [renewable] energy projects for the long run” and not into power production that would become inoperable in several years.

Russia has significantly reduced gas supplies to Europe in recent weeks, pushing countries such as Germany and the Netherlands to increase production from heavily polluting coal-fired power plants.

Italy and Slovakia were among countries that pushed back on efforts to phase out combustion engines by 2035 but they agreed to a caveat proposed by Germany, Europe’s largest car market, which called for the commission to review the contribution of “e-fuels” made from captured carbon dioxide towards reducing emissions.

Italy also achieved a carve-out for luxury carmakers such as Ferrari and Lamborghini that will exempt them from meeting interim carbon reduction targets until the end of 2035, instead of 2029 as the commission had proposed.

Campaigners say e-fuels can be almost as noxious as burning fossil fuels and that alternative fuels emit as much poisonous nitrogen oxides as a petrol-powered engine. 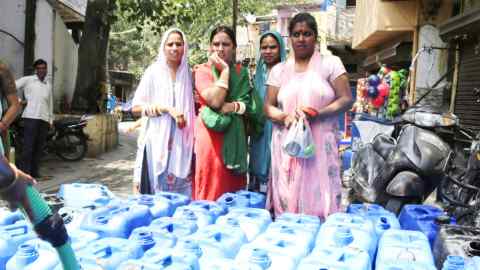 Ministers’ backing of the 2035 ban means that it is almost certain to become law after the European parliament voted for the plan this month. Final details for the other measures in the climate law will be agreed between the parliament, commission and member states in negotiations in the autumn, with plans to enact the policies early next year.

Critics of the deal said member states had inserted too many loopholes for the law to push the continent to achieve its 2030 emissions reduction target.

Alex Mason, head of climate and energy for WWF Europe, said: “Instead of strengthening the commission’s feeble proposals [ministers have] done their best to water them down, and have added every loophole and exemption they can think of to try and wriggle out of taking action.”

But Rob Jetten, Dutch minister for climate, said the package provided “a balanced mix of subsidies, emission standards and pricing, and also makes it easier to meet our national climate targets”.

US stocks and bonds rally after lower than forecast inflation data

China’s bid to stabilise its property market is causing jitters

News - September 3, 2021 0
OCTOBER 6TH 1979 was a beautiful Saturday in Washington. It was not the kind of day that augured wrenching change in economic policy. But...

Why homelessness is still with us

News - January 8, 2022 0
It is a conversation I have had in Washington, Las Vegas, Los Angeles and, on three occasions, in San Francisco. Someone local, surmising that...
© 2021 Flag Media Group. All Rights Reserved. ** TELL YOUR STORY **
We do not generate news. This digital publication and all Flag Media publications curate Google news using Google RSS Feeds.
Please advise if any posts need to be removed for licensing/copyright issues.