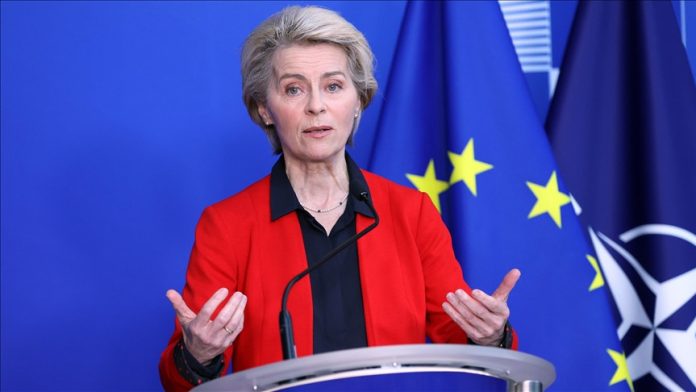 
The first €3 billion (about $3.25 billion) tranche of a €18 billion macro-financial aid package that the EU earmarked for Ukraine last month will be disbursed on Tuesday, the bloc announced.

“The Commission is acting with utmost speed and determination,” Von der Leyen said, adding that the first €3 billion of the promised funds would be disbursed on Tuesday.

On Dec. 10, 2022, the European Council adopted the assistance package, aiming to enable the EU to financially help Ukraine in 2023 with €18 billion. The decision was later approved by the European Parliament on Dec. 14.

In line with a proposal by the European Commission, the money will be used to support essential public services, including hospitals and schools, and provide housing for relocated people, as well as the restoration of critical infrastructure destroyed by Russia, the European Parliament said.

What is monkeypox, and how can you stay safe while it spreads?

News - August 5, 2022 0
"We're prepared to take our response to the next level in addressing this virus, and we urge every American to take this virus seriously...

Stock futures fall slightly ahead of earnings and inflation report

News - November 29, 2022 0
Sony has revealed a mobile motion capture kit called Mocopi and this will let anyone create their own VR avatars for use in apps...

News - October 1, 2022 0
Health secretary Thérèse Coffey has rejected advice from officials to procure additional doses of monkeypox vaccine, stoking concern that the UK is ill-prepared for...
© 2022 Venture Current is a Flag Media LLC Publication. All Rights Reserved.
VC is part of the FLAG Token rewards network. Clients and partners can use FLAG Tokens for VC products and services.
VC runs 'Automatic' software. Stories posted here come from generic-topic Google news RSS feeds as well as client and partner-approved content.
If a story appears on this page that needs to be deleted due to licensing issues, please message us immediately so we can help you.