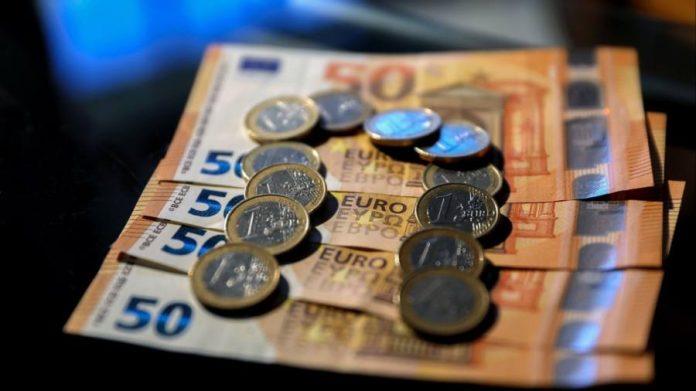 The euro has bounced back since falling below parity with the US dollar last September, aided by cooling energy prices, receding fears of a deep recession later this year and an increasingly hawkish European Central Bank.

Up about 13 per cent over the past three and a half months, the euro’s rise to its current level close to $1.08 has been aided by a broader retreat for the dollar, which is down roughly a tenth against a basket of six peers since touching a 20-year high in September.

The US Federal Reserve last year lifted its main policy rate by 4.25 percentage points, the largest one-year increase in four decades. The growing interest-rate gap with other economies lured investors to the US, boosting the dollar, just as soaring energy prices exacerbated by the war in Ukraine threatened economic turmoil in Europe, denting the euro’s allure.

Both trends have reversed somewhat since then, however. “For several years, there was almost no alternative to the dollar,” said Andreas Koenig, head of global FX at Amundi.“ Now, capital is flowing back home again” to economies outside the US as other attractive options emerge, he added. Foreign money has poured into China since it reversed strict zero-Covid policies late last year, for example, in a move that has also encouraged leading economists to upgrade their global growth forecasts. The dollar tends to strengthen in times of macroeconomic stress.

Europe’s prospects have improved, too. Helped by warmer weather, European natural gas prices have tumbled since late August to levels last recorded before Russia’s invasion of Ukraine, easing fears of a deep, continent-wide recession in 2023.

At the same time, cooling headline inflation across the Atlantic meant the Fed was able to slow the pace at which it raised rates, with December’s 0.5 percentage-point increase breaking a run of four consecutive 0.75 percentage-point moves. Despite caution expressed by numerous central bank officials, markets expect the Fed to begin cutting rates in the second half of the year.

Lower rates would “remove a big advantage for the dollar”, said MUFG currency analyst Lee Hardman, who expects the ECB to raise rates to 3.25 per cent from 2 per cent by the middle of the year.

“The Fed last year was leading the way with larger hikes relative to other central banks, but now, for the first time, the European Central Bank is ‘out-hawking’ the Fed.”

A widening divergence between Fed and ECB policy could help the euro rise to $1.12 by the start of 2024, he added. Even so, the lingering threat of higher energy prices, which would hurt Europe’s terms of trade, means Hardman remains “cautious about going too gung-ho pricing much more upside for the euro relative to the dollar just yet”.

News - May 5, 2022 0
(Reuters) - Russia's invasion of Ukraine has devastated hundreds of hospitals and other institutions and left doctors without drugs to tackle cancer or the...

News - November 23, 2021 0
Venture capital firms Seaya Ventures and Cathay Innovation have created a joint fund aimed at startups across Latin America that are redefining their industries...

News - October 17, 2021 0
In March 2020, major stock market indexes saw some of the worst price collapses in decades, as markets confronted the realities of the COVID-19...

News - September 26, 2021 0
The FORD Innovation Center in Israel has announced that it will support...
© 2022 Venture Current is a Flag Media LLC Publication. All Rights Reserved.
VC is part of the FLAG Token rewards network. Clients and partners can use FLAG Tokens for VC products and services.
VC runs 'Automatic' software. Stories posted here come from generic-topic Google news RSS feeds as well as client and partner-approved content.
If a story appears on this page that needs to be deleted due to licensing issues, please message us immediately so we can help you.