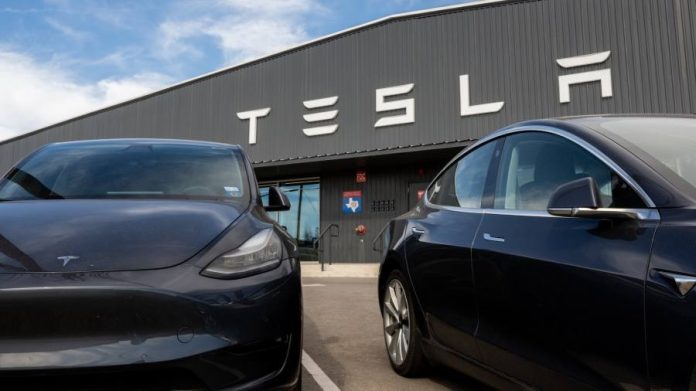 European stocks and Wall Street futures ticked higher on Wednesday, as investors shook off the woes of some of America’s biggest companies and looked ahead to the release of fresh US jobs and manufacturing data, hoping for hints on the future path of interest rates.

The regional Stoxx Europe 600 added 0.9 per cent in early trading, taking its gains for the week to 3 per cent, with London’s FTSE 100 rising 0.3 per cent. Contracts tracking Wall Street’s benchmark S&P 500 and those tracking the tech-heavy Nasdaq 100 rose 0.4 per cent and 0.8 per cent respectively.

US equities began 2023 with a whimper, however, dragged lower on the first trading day of the year by the poor performance of mega-cap stocks, including Tesla and Apple. The electric car company fell as much as 12 per cent on Tuesday after delivering fewer than expected vehicles in the final three months of 2022, while Apple’s shares slid 3.7 per cent following reports of slowing demand for its gadgets.

Tesla’s disappointing numbers in particular “threw a wet blanket on all the high-tech mega-caps and when those stocks turned, the rest went along for the ride”, said Mike Zigmont, head of research and trading at Harvest Volatility Management. “The week just started so I don’t think the bulls should throw in the towel, but this wasn’t how investors thought the year would start.”

Traders’ glum response to the struggles of two of America’s most valuable brands underscores the nervousness sweeping across financial markets early in the year, and comes after a dire December for both the S&P 500 and the Nasdaq Composite.

Although the Federal Reserve raised borrowing costs by half a percentage point last month, ending a run of four consecutive 0.75 percentage point moves, investor optimism was dented by warnings that the central bank’s main policy rate might need to rise above 5 per cent from the current level of between 4.25 per cent and 4.5 per cent before inflation returns to target.

Fresh US jobs and manufacturing numbers out on Wednesday will be scrutinised for signs that the Fed’s monetary tightening campaign is bearing fruit. The US is expected to have posted 10mn job openings in November, a decline from the 10.33mn vacancies in October in what would be a second consecutive monthly fall, according to economists polled by Refinitiv.

The US manufacturing sector is also forecast to have contracted for the second straight month, as higher prices and the potential for recession damp demand for goods. Investors are likely to interpret resilience in either part of the economy as evidence that interest rates will remain higher for longer, rendering risky assets less appealing.

Asian equities also rose on Wednesday, with Hong Kong’s Hang Seng rising 3.2 per cent. The index has now gained about 40 per cent since the start of November. China’s CSI 300 index of Shanghai- and Shenzhen-listed shares gained 0.1 per cent.

News - October 25, 2022 0
The chair of the progressive caucus of the US House of Representatives, Pramila Jayapal, has retracted a letter sent by 30 of the members...

CIA forming mission to counter China, ‘the most important geopolitical threat we face’

News - August 27, 2022 0
Shares of meme stocks like Bed Bath & Beyond Inc. and AMC Entertainment Holdings Inc. might be going bonkers again, but that doesn’t mean...

News - February 2, 2022 0
Sony has announced its financial results for the third quarter ended December 31, 2021, revealing that it shipped another 3.9 million PlayStation 5s during...

News - August 26, 2022 0
Traders work on the floor of the New York Stock Exchange (NYSE) as a screen shows Federal Reserve Board Chairman Jerome Powell during a...
© 2022 Venture Current is a Flag Media LLC Publication. All Rights Reserved.
VC is part of the FLAG Token rewards network. Clients and partners can use FLAG Tokens for VC products and services.
VC runs 'Automatic' software. Stories posted here come from generic-topic Google news RSS feeds as well as client and partner-approved content.
If a story appears on this page that needs to be deleted due to licensing issues, please message us immediately so we can help you.