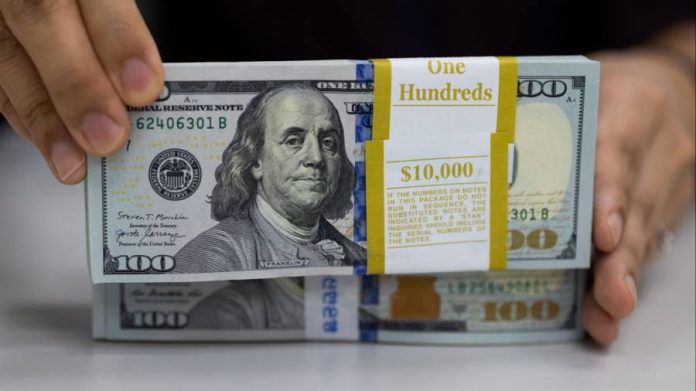 European equities edged higher and contracts tracking US stocks were steady on Monday, with investors increasingly confident the Federal Reserve will raise rates by a quarter percentage point when it meets next week.

The regional Stoxx Europe 600 rose 0.2 per cent, while Germany’s Dax was steady and London’s FTSE 100 rose 0.3 per cent. The indices have risen 5.4 per cent, 6.8 per cent and 2.8 per cent, respectively, so far this year, helped by cooler energy prices and the receding risk of a recession across the eurozone this year.

In the US, contracts tracking Wall Street’s blue-chip S&P 500 and those tracking the tech-heavy Nasdaq 100 traded in a tight range ahead of the New York open.

A measure of the dollar’s strength against a basket of six other currencies was flat by midday in Europe, having earlier declined 0.3 per cent. The world’s de facto reserve currency has weakened 8.2 per cent over the past three months, thanks in part to China’s recent reversal of strict zero-Covid policies, which has boosted global growth forecasts and dented the dollar’s appeal.

The moves come after Fed governor Christopher Waller last week threw his weight behind a 0.25 percentage point interest rate rise at the US central bank’s next policy meeting in early February, even as he warned there was a “considerable way to go” before inflation fell back to 2 per cent.

Waller’s comments helped the S&P 500 rise 1.9 per cent on Friday, though the index fell over the course of last week on the back of data showing a slowdown in US retail sales in December and weekly jobless claims hitting a four-week low.

The former suggests slowing economic growth, with the latter indicating resilience in the labour market. Lorie Logan of the Dallas Fed last week said the outlook for inflation “hinges in large part on how much and how rapidly” the persistently tight labour market eases.

Equity markets have nevertheless enjoyed a strong start to 2023 despite a mixed bag of fourth-quarter results. Consensus earnings forecasts for the S&P 500 for the final three months of last year have been steadily falling and are currently at minus 2.8 per cent year on year, down from an expected increase of 10.6 per cent in July, according to Vladimir Oleinikov, senior analyst at Generali Investments.

“A weaker [dollar] is supportive for firms’ profitability but is not likely to offset the effects of the weakening economy,” he said. Johnson & Johnson, Microsoft and Tesla are among the US companies reporting results later this week.

US government bonds have rallied so far this year, with the yield on the benchmark 10-year Treasury having declined to 3.5 per cent from 3.87 per cent at the end of December. The yield on the equivalent German Bund has fallen to 2.18 per cent from 2.56 per cent over the same period, suggesting investors are growing less nervous about inflation becoming embedded. Bond yields move inversely to prices.

Prices for Brent crude, the international oil benchmark, climbed 1 per cent to $88.35 a barrel, up from about $82 a barrel at the start of January.

News - April 29, 2022 0
British farmers hold a “bizarre” and outdated stance on free trade, and the UK agriculture sector has nothing to fear from the deal with...

News - December 25, 2021 0
China plans to tighten rules for overseas listings for the country’s fast-growing start-ups as part of a months-long regulatory campaign to reign in the...

News - September 23, 2021 0
Hui Ka Yan, chairman of Evergrande Real Estate Group Ltd, the country's second-largest property developer by sales, attends a news conference on annual results...
© 2022 Venture Current is a Flag Media LLC Publication. All Rights Reserved.
VC is part of the FLAG Token rewards network. Clients and partners can use FLAG Tokens for VC products and services.
VC runs 'Automatic' software. Stories posted here come from generic-topic Google news RSS feeds as well as client and partner-approved content.
If a story appears on this page that needs to be deleted due to licensing issues, please message us immediately so we can help you.