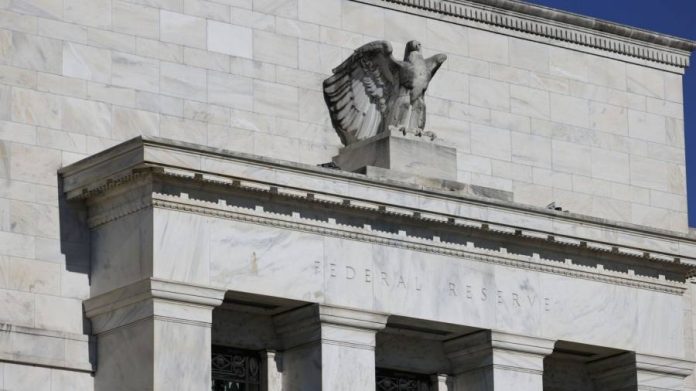 European stocks and US futures traded between gains and losses on Thursday, a day after minutes from the Federal Reserve’s December meeting revealed none of the central bank’s officials anticipated cutting interest rates this year.

The regional Stoxx Europe 600 was steady by early afternoon, having earlier fallen 0.4 per cent, eating into a roughly 3 per cent gain this week. London’s FTSE 100 rose 0.4 per cent while France’s Cac 40 and Germany’s Dax were flat. Contracts tracking Wall Street’s benchmark S&P 500 and the tech-heavy Nasdaq 100 rose 0.1 per cent ahead of the New York open.

The S&P 500 rose 13 per cent between mid-October and the start of December as inflation in the world’s biggest economy showed signs of slowing. The index has fallen about 5.5 per cent since then, however, on the back of hawkish comments from Fed officials, many of whom warned that price growth remained too high to justify lowering borrowing costs in 2023.

Minutes from the Federal Open Market Committee’s most recent meeting crystallised those hints, dealing a blow to traders unconvinced that the Fed would hold interest rates at around 5 per cent to drag inflation back down to target.

The latest minutes show “no participants anticipated that it would be appropriate to begin reducing the federal funds rate target in 2023”, with officials observing that “a restrictive policy stance would need to be maintained” until economic data “provided confidence that inflation was on a sustained downward path to 2 per cent, which was likely to take some time”.

Lee Hardman, senior currency analyst at MUFG bank, said the comments, which were later reinforced by senior IMF official Gita Gopinath, “set a high hurdle for the Fed to pause [or] bring an end to their hiking cycle in the near-term”, though he noted that markets remained “sceptical that the Fed will have to raise rates above 5 per cent as planned”.

A measure of the dollar’s strength against a basket of six peers was flat on the day, with the currency having weakened just over 7 per cent in the past three months.

In Asia, Hong Kong’s Hang Seng index added a further 1.2 per cent, taking its gains since the start of November to about 43 per cent. “Given past divergence [with US indices] and positioning, there’s probably room for more gains,” said Mitul Kotecha, head of emerging markets strategy at TD Securities, “but with global equity markets stuttering amid earnings and growth worries, it is questionable how far the Hang Seng can deviate from the global trend”.

China’s CSI 300 index of Shanghai- and Shenzhen-listed stocks added 1.9 per cent, having risen 13 per cent since the start of November, even as the country battles unprecedented outbreaks of Covid-19.

Want to own shares in Chinese companies?

News - December 10, 2021 0
INVESTORS ARE still speculating about exactly what Didi Global, a ride-hailing giant, did to draw the ire of Chinese regulators. Some say it foolishly...

Node.js vs Python: Which One Should You Use for Web Apps?

News - November 6, 2022 0
Web development has become crucial to most modern businesses’ digital strategies. However, such endeavors are often blocked by asking, “Should we use Node.js or...
© 2022 Venture Current is a Flag Media LLC Publication. All Rights Reserved.
VC is part of the FLAG Token rewards network. Clients and partners can use FLAG Tokens for VC products and services.
VC runs 'Automatic' software. Stories posted here come from generic-topic Google news RSS feeds as well as client and partner-approved content.
If a story appears on this page that needs to be deleted due to licensing issues, please message us immediately so we can help you.