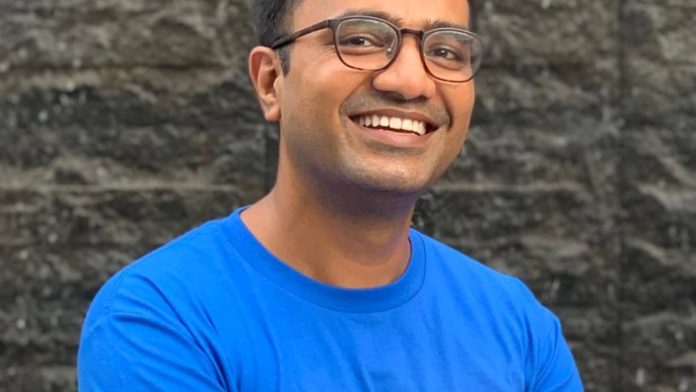 GajiGesa’s Vidit Agrawal wanted to provide workers access to their wages as they earn it, between traditional end-of-month pay cycles. That gives workers much more liquidity and protects them from predatory lenders.

“Everyone is talking about profitability nowadays. I hope it stays. Building a revenue-based or profitable business is something I have advocated over the years,” Agrawal told CNBC Make It.

GajiGesa is in the “earned wage access” business, which means the firm makes it possible for workers to withdraw their earnings as they make them rather than waiting until the end of the month to get paid. Gaji means “salary” in while “gesa” means “haste” in Bahasa Indonesia.

“Our HR department is using [GajiGesa] as [a part of] employer branding, where we can attract talent [with the perk] of being able to withdraw [portions of their salaries] before month-end,” said Maheshwari.

It was a “visually crazy” scene — loan sharks circling on two sides of a factory in Semarang — that led Agrawal to found GajiGesa in 2020 with his wife, Martyna Malinowska, who leads engineering and product.

“This is such a poor experience. The workers didn’t have a choice,” said Agrawal. An average Indonesian worker earns about 2.9 million Indonesian rupiah ($192) a month and struggle to make ends meet.

A human resources manager of restaurant management PT. Inovasi Kuliner Indonesia said that they used to receive many phone calls from “yelling” loan sharks who had loaned their employees money.

I’m OK to give up the 100% growth or 100x growth a year if I can build a revenue-based, sustainable business.

Today, there are 42 different features – which include paying electricity bills, buying prepaid top ups or petrol vouchers – on the GajiGesa app.

GajiGesa partners with more than 300 companies and serves more than 750,000 employees.

“At the same time, we have never over-hired so it is a blessing that we didn’t have to lay off people,” said Agrawal, as tech retrenchments continue to mount in Southeast Asia.

The entrepreneur shared more on how he runs a business that lasts:

Agrawal doesn’t believe in using incentives to sustain user engagement, where “he has seen so many businesses” doing so. If a product doesn’t work, he will shut it down.

While they do give incentives when they onboard a new company, they do not continue to incentivize existing users.

The key is to balance growth with sustainability.

We have never had fancy dinners. But we don’t compromise on fun. We have done events in the office where we have catered food. The cost is low, but we have made sure people really enjoyed themselves.

“I’m OK to give up the 100% growth or 100x growth a year if I can build a revenue-based, sustainable business,” said Agrawal.

He said that at Malaysian used car marketplace Carro, where he was chief operating officer, they have a principle called frugality balanced with quality, which he applies to his startup today.

“We don’t want to give up on quality but we also want to be frugal as a company,” he said.

2. Cutting extra ‘fat on the bone’

He was so frugal to the point that his employees get irritated and call him “cheap.”

“We have never had fancy dinners. But we don’t compromise on fun. We have done events in the office where we have catered food. The cost is low, but we have made sure people really enjoyed themselves,” said Agrawal.

He would also bargain for a 5% discount, even though the company has the money to pay for it. “Wherever we see extra fat on the bone, we try to cut it out,” he added.

“When people join GajiGesa, they are like: why is the CEO really caring about this $10 cost? Does he not have better things to do? If I can eat the cheapest but still healthy meals, or I can travel on budget, I want my team to see that.”

I personally take a lot of pride in building somebody’s career because I have always had great managers at Stripe who helped build my career.

They were already cutting costs for the first two operating years despite having $9 million in the bank, he said.

GajiGesa raised a $2.5 million seed round in February 2021 and a $6.6 million pre-Series A in November 2021. Investors include January Capital, Northstar Group, European earned wage access company Wagestream and Next Billion Ventures.

But he emphasized that they spend on things that are critical for the business.

When he was at Stripe, he learned how to take care of people. “Stripe really treated you as a human being, not a number,” said Agrawal.

“We all have to pay our bills and take care of the family. If the company does well and there is a good exit in any shape or form, the team gets real value out of it,” said Agrawal.

News - April 11, 2022 0
It will take the place of WarnerMedia’s previously-scheduled presentation at the Hulu Theater. Source

I Didn’t Think I Needed a Trust for My Kids, but It Protects Them

News - February 11, 2022 0
Main U.S. indexes finish in the red; Nasdaq down nearly 3%Washington warned Russia invasion of Ukraine could come any timeTech weakest major S&P 500...
© 2022 Venture Current is a Flag Media LLC Publication. All Rights Reserved.
VC is part of the FLAG Token rewards network. Clients and partners can use FLAG Tokens for VC products and services.
VC runs 'Automatic' software. Stories posted here come from generic-topic Google news RSS feeds as well as client and partner-approved content.
If a story appears on this page that needs to be deleted due to licensing issues, please message us immediately so we can help you.