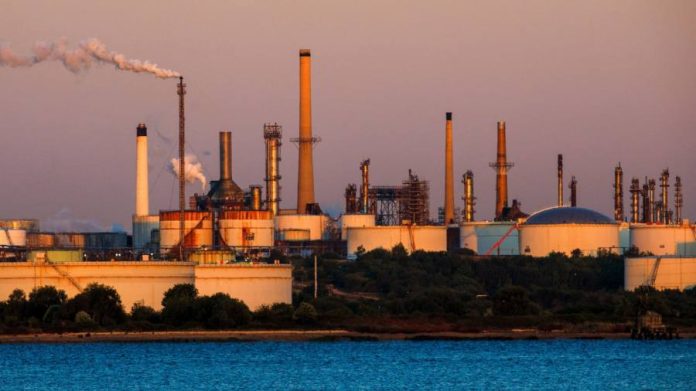 ExxonMobil is suing the EU in a bid to force it to scrap the bloc’s new windfall tax on oil groups, arguing Brussels exceeded its legal authority by imposing the levy.

The lawsuit is the most significant response yet against the tax from the oil industry, which has been targeted by western governments amid a surge in energy prices following Russia’s invasion of Ukraine. The action threatens the viability of a levy the European Commission said would raise €25bn “to help bring down energy bills”.

Exxon said the lawsuit was filed on Wednesday by its German and Dutch subsidiaries at the European General Court in Luxembourg City. It challenges the Council of the EU’s legal authority to impose the new tax — a power historically reserved for sovereign countries — and its use of emergency powers to secure member states’ approval for the measure.

Casey Norton, a spokesperson for Exxon, said the US supermajor recognised high energy costs were “weighing heavily on families and businesses” but argued the levy was “counterproductive” and would “undermine investor confidence, discourage investment and increase reliance on imported energy”.

Exxon had spent $3bn on European refining projects in the past 10 years, increasing output “at a time when Europe struggles to reduce its energy imports from Russia”, Norton said.

Exxon was now considering “future multibillion-euro investments” in the continent, Norton added. “Whether we invest here primarily depends on how attractive and globally competitive Europe will be.”

The so-called solidarity contribution was one of several measures agreed by the council in September to ease the burden on energy consumers, with the money raised to be recycled to hard-hit consumers or invested in clean energy supply.

Other measures included a cap on revenue from low-cost power generation. Exxon was not opposing these, Norton said.

The European General Court will decide whether to rule on Exxon’s lawsuit. If it does, any future judgment may be appealed at the European Court of Justice. Proceedings could drag on through much of next year.

The commission is the EU’s executive, which has the power to propose legislation. The council is the intergovernmental arm of the EU, in which representatives of its 27 member states debate and agree legislation.

Exxon, one of the largest petroleum suppliers in Europe, noted in a November filing that its tax liability under the new solidarity levy could amount to $2bn through to the end of 2023. The company generated record global profits of almost $20bn in the third quarter.

Brussels has made regular use during the energy crisis of emergency powers granted in Article 122 of the Treaty on the Functioning of the EU. The article states that “in a spirit of solidarity” member states may approve legislation directly from the commission, circumventing the European parliament, “in particular if severe difficulties arise in the supply of certain products, notably in the area of energy”.

Exxon’s lawsuit argues the windfall tax will not remedy any shortage of energy supply and so the commission and council were wrong to use emergency powers to secure its approval with a majority vote rather than a unanimous one.

The European parliament has protested against the commission’s repeated use of Article 122, saying that it undermines the democratic process even if laws would take much longer to pass with its involvement.

Soaring oil company profits this year have provoked western governments that have come under pressure as surging fuel prices have fanned rampant inflation and threatened to tip economies into recession.

The EU’s levy was followed in November by the UK, which increased its windfall tax on oil and gas producers from 25 per cent to 35 per cent and extended it until 2028. The move prompted outcry from local producers who said the measure would threaten future investment.

Windfall taxes have also been challenged in Italy where a case brought by ERG, a wind power company, was dismissed by a court last month. The Spanish oil and gas group Cepsa has also threatened to sue Madrid over a similar levy on the Iberian peninsula.

Campaigners have echoed this accusation. Agathe Bounfour, oil lead at the NGO Transport & Environment, described Exxon’s lawsuit as “an attempt at intimidation” and said oil and gas companies had engaged in “flagrant profiteering” during the crisis.

The European Commission and European Council did not immediately respond to requests for comment.

Ripple’s XRP Holdings Sink Below 50% of the Outstanding Supply for the First Time,...

News - October 29, 2022 0
Ripple’s holdings of XRP have sunk for the first time ever below 50% of the total outstanding token supply, a new report says. Ripple has...

News - May 3, 2022 0
Key Takeaways Paul Tudor Jones has said that he believes crypto could have a bright future because the space is attracting "the smartest and brightest...

What next after COP26? Gas crisis shadows the road from Glasgow to Sharm el-Sheikh

News - February 12, 2022 0
While UK climate negotiators were meeting with ministers around the world at the beginning of last week about enacting the green promises in the...
© 2022 Venture Current is a Flag Media LLC Publication. All Rights Reserved.
VC is part of the FLAG Token rewards network. Clients and partners can use FLAG Tokens for VC products and services.
VC runs 'Automatic' software. Stories posted here come from generic-topic Google news RSS feeds as well as client and partner-approved content.
If a story appears on this page that needs to be deleted due to licensing issues, please message us immediately so we can help you.