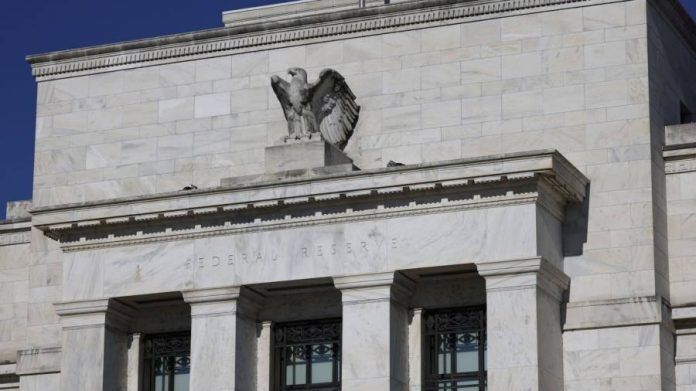 Federal Reserve officials warned they would need to see “substantially more evidence” of easing inflation before they are convinced that price pressures are under control as they backed fresh rate rises this year, according to an account of their most recent meeting.

Minutes from the December gathering, when the US central bank raised its benchmark rate by half a percentage point, showed the Fed intends to continue squeezing the economy to try to tackle price pressures, which they warned could “prove to be more persistent than anticipated”.

The half-point rise ended a months-long string of 0.75 percentage point increases and lifted the target range of the federal funds rate to between 4.25 per cent and 4.5 per cent.

The decision in December followed fresh evidence that inflation appeared to have peaked as energy prices and those tied to the goods sector have retreated, developments which participants described as “welcome”.

“Participants generally observed that a restrictive policy stance would need to be maintained until the incoming data provided confidence that inflation was on a sustained downward path to 2 per cent, which was likely to take some time,” the minutes, released on Wednesday, said, referring to the Fed’s inflation target.

The minutes also indicated that officials are attuned to how their policy communications are being digested by investors and others across Wall Street. In the weeks leading up to the December meeting, financial conditions had loosened as traders in fed funds futures wagered the Fed would back off its tightening campaign sooner than officials have signalled.

A slower pace of rate rises “was not an indication of any weakening of the committee’s resolve to achieve its price-stability goal or a judgment that inflation was already on a persistent downward path”, a number of participants said, according to the minutes.

Officials also warned an “unwarranted easing in financial conditions, especially if driven by a misperception by the public of the committee’s reaction function, would complicate the committee’s effort to restore price stability”.

According to the “dot plot” of policymakers’ interest rate projections published after the meeting, most officials now see the federal funds rate peaking between 5 per cent and 5.25 per cent, with a large cohort of the view that it may need to go even higher. That suggests a total of at least 0.75 percentage points’ worth of rate rises to come.

At the press conference that followed last month’s rate decision, Jay Powell, Fed chair, warned that he could not “confidently” say the central bank would not raise its estimates again as he sought to push back against speculation that it would soon abandon its tightening plans.

“We’ve covered a lot of ground and the full effects of our rapid tightening so far are yet to be felt. We have more work to do,” he told reporters.

The dot plot showed that rate cuts are not expected until 2024, when the benchmark rate is projected to fall to 4.1 per cent, before dropping to 3.1 per cent in 2025. Growth is set to slow considerably as borrowing costs are kept high for an extended period, with most officials projecting an expansion of just 0.5 per cent this year before a 1.6 per cent rebound in 2024.

The unemployment rate is likely to increase by nearly a full percentage point from its current level to 4.6 per cent, the estimates show.

While the weakening economy is set to put downward pressure on prices, it is expected to take some time for inflation to fall to the Fed’s longstanding 2 per cent target. The central bank’s preferred inflation gauge — the core personal consumption expenditures price index — is projected to decline to 3.5 per cent by the end of 2023 and 2.5 per cent in 2024. As of November, it hovered at 4.7 per cent.

So far, the Fed’s tightening has been felt most in interest-rate sensitive sectors such as housing, where prices have declined dramatically from their coronavirus pandemic peaks. However, labour demand remains high as consumers continue to spend, helping to further entrench inflationary pressures that have taken hold across the services sector. Economists warn that rooting those out will require a recession and job losses.

Powell and his colleagues, as well as White House officials, maintain a recession can be avoided even as the unemployment rate ticks up.

News - October 2, 2022 0
Investors have withdrawn a record $70bn from emerging market bond funds this year, in a sign that soaring interest rates in advanced economies and...

News - June 23, 2022 0
From multi-week losing streaks to bear market rallies, it's been a roller coaster ride for markets this year as investors weigh the risks of...

News - May 23, 2022 0
Tesla stock has been badly battered in recent weeks. It’s breaking key support levels that fundamental investors...
© 2022 Venture Current is a Flag Media LLC Publication. All Rights Reserved.
VC is part of the FLAG Token rewards network. Clients and partners can use FLAG Tokens for VC products and services.
VC runs 'Automatic' software. Stories posted here come from generic-topic Google news RSS feeds as well as client and partner-approved content.
If a story appears on this page that needs to be deleted due to licensing issues, please message us immediately so we can help you.