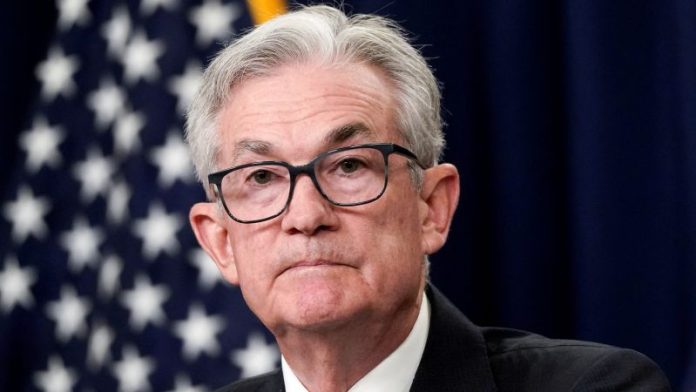 America’s central bank found itself in a glaring spotlight for much of this past year, as Federal Reserve Chairman Jerome Powell wielded blunt tools of interest rate hikes and quantitative tightening to curb surging inflation.

As 2022 draws to a close, inflation metrics show some of that may have worked: Consumer prices are cooling, home sales have ground to a halt, and some of America’s best-known companies have made plans to slow their roll and pull back on capital investment.

The latest measure of inflation showed that the Consumer Price Index for November came in at 7.1%, down from the 40-year high of 9.1% hit in June; prices for used cars, lumber and gas — once poster children for the painfully steep price hikes — have come down; and housing prices and rents have also been on a downward trajectory.

“This idea of peak inflation, which people have been talking about for most of the year, is starting to look like it’s valid,” said Thomas Martin, senior portfolio manager at Globalt Investments. “It’s just how quickly does that come down?”

In a matter of weeks, the Fed’s Act II gets underway.

The Fed’s recently revised script calls for the federal funds rate, the central bank’s benchmark borrowing rate, to move higher, but at a slower pace than in the past several months.

While the Fed has — finally — eked out some small victories in slowing the economy, after seven bumper rate hikes, the robust and historically tight labor market has remained a thorn in the central bank’s side. When the number of available jobs far outpaces those looking for work, wages can rise, which in turn could keep prices higher for longer.

That means the Fed, with its “laser focus on the job market,” could be “continually hawkish” at the start of 2023, said Ross Mayfield, investment strategy analyst at Baird.

There are already signs that the labor market is softening: Quits and hires have edged downward, while layoffs have moved higher; continuing claims have grown to their highest level since February; and the number of jobs added each month has started to nudge slowly lower.

However, a “structural labor shortage” remains a major headwind, Powell noted in December, attributing the lack of workers to early retirements, caregiving needs, Covid illnesses and deaths, and a plunge in net immigration.

As such, employers are hesitant to lay people off, and other areas of the economy are showing such strength that those who are unemployed are able to get rehired quickly, Mayfield said.

“This latent strength in the job market could be the reason that the Fed over-tightens,” he told CNN. “The rest of the economy, to us, is very clearly signaling slowdown, imminent recession. And when you see the Fed revising their unemployment projections up, revising their GDP growth number down, it seems that they agree.”

He added: “So, I would hope that they would take their own advice and pause fairly soon.”

The December projections showed a more aggressive monetary policy tightening path, with the median forecast rising to a new interest rate peak of 5%-5.25%, up from 4.5%-4.75% in September. That would mean Fed officials expect to raise rates by half a percent more than they did three months ago, when the Fed’s economic predictions were last released.

Policymakers also projected that PCE inflation, the Fed’s favored price gauge, would remain far above its 2% target until at least 2025. Further projections showed souring expectations for the health of the US economy, with Fed officials now predicting that unemployment will rise to 4.6% by the end of 2023 and remain at that level through 2024. That’s 0.2 percentage points higher than the 4.4% rate they were expecting in September and significantly higher than the current 3.7% rate.

Based on projections from Fed officials and other economists, the pathway has narrowed for the desired “soft landing” of reining in inflation while avoiding recession or significant layoffs.

“It’s been pretty impressive how well the consumer has held up over the past 18 months, and not pulling the rug out from under the consumer is pretty much how you get to the soft landing,” Mayfield said.

“I think it’s a really, really narrow path, and the Fed’s tone [during its December meeting] doesn’t give me a lot of optimism that they can navigate that without hitting a recession. … If a soft landing is avoiding a recession altogether, then I think that’s a pretty tough task. If it’s a milder recession than recent history, I think that’s still in the cards.”

The Federal Open Market Committee, the central bank’s policymaking arm, holds eight regularly scheduled meetings per year. Over the course of two days, the 12-member group looks through economic data, assesses financial conditions and evaluates monetary policy actions that are announced to the public following the conclusion of its meeting on the second day, along with a press conference led by Chair Powell.

Below are the meetings tentatively scheduled for 2023. Those with asterisks indicate the meeting with a Summary of Economic Projections, which includes the chart colloquially known as the “dot plot” that shows where each Fed member expects interest rates to land in the future.

News - September 20, 2021 0
U.S. stock futures were about flat in overnight trading on Monday following a major sell-off on Wall Street that resulted in the S&P 500's...

Gulf states push for net zero but warn ‘we can’t just switch off the...

News - November 3, 2021 0
The next time Saudi Arabia’s energy minister goes shopping for a car, one thing is clear — it “certainly” won’t be electric.The Gulf state...
© 2022 Venture Current is a Flag Media LLC Publication. All Rights Reserved.
VC is part of the FLAG Token rewards network. Clients and partners can use FLAG Tokens for VC products and services.
VC runs 'Automatic' software. Stories posted here come from generic-topic Google news RSS feeds as well as client and partner-approved content.
If a story appears on this page that needs to be deleted due to licensing issues, please message us immediately so we can help you.