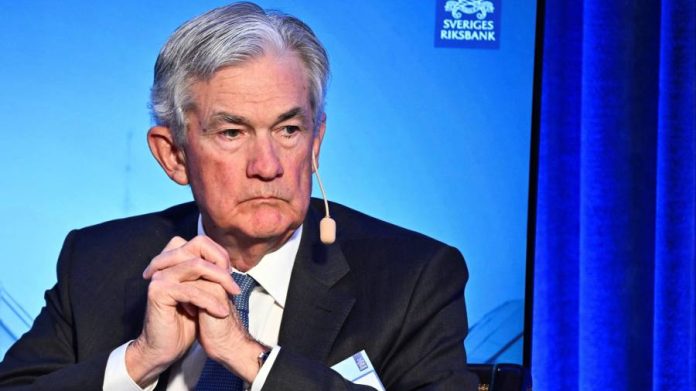 Jay Powell has said the Federal Reserve will not become a “climate policymaker”, as he mounted a full-throated defence of the US central bank’s independence from political influence.

In a speech delivered on Tuesday, the Fed chair said the central bank must steer clear of issues outside its congressionally mandated purview and instead maintain a narrow focus on keeping consumer prices stable, fostering a healthy labour market and ensuring the safety of the country’s banking system.

“It is essential that we stick to our statutory goals and authorities, and that we resist the temptation to broaden our scope to address other important social issues of the day,” he said at a conference hosted by Sweden’s central bank.

“Without explicit congressional legislation, it would be inappropriate for us to use our monetary policy or supervisory tools to promote a greener economy or to achieve other climate-based goals.”

He added: “We are not, and will not be, a ‘climate policymaker’.”

Republican lawmakers have accused the Fed of overreaching its mandate by pledging to consider climate-related financial risks, an area in which Powell said on Tuesday the central bank had “narrow, but important, responsibilities” tied to bank supervision.

“The public reasonably expects supervisors to require that banks understand, and appropriately manage, their material risks, including the financial risks of climate change,” he added.

In a panel that followed the remarks, Mervyn King, a former governor of the Bank of England, said central bank independence was a “great responsibility and it cannot be misused by trying to creep into areas, which have not been explicitly delegated by the appropriate political process”.

“I worry that people, in the great enthusiasm for doing good, are actually putting at risk central bank independence,” he said of climate-related issues.

Several other major central banks have advocated for expanding their remit to include policing of climate risks. Mark Carney, another former governor of the BoE, has been the leading supporter of such a shift.

Powell on Tuesday said central bank independence was particularly important if the Fed was to succeed in its battle to tame inflation, which is still running at multi-decade highs.

“Restoring price stability when inflation is high can require measures that are not popular in the short term as we raise interest rates to slow the economy,” he said. “The absence of direct political control over our decisions allows us to take these necessary measures without considering short-term political factors.”

Since March, the Fed has raised its benchmark rate from near-zero to just under 4.5 per cent and plans to further squeeze the economy this year. In separate remarks on Tuesday, Fed governor Michelle Bowman said the central bank still has “a lot more work to do” in terms of tightening. She added that the size of the forthcoming rate increases and the eventual stopping point will depend on the data.

“I will be looking for compelling signs that inflation has peaked and for more consistent indications that inflation is on a downward path,” she said at the event hosted by the Florida Bankers Association.

Democratic lawmakers have already called on the central bank to back off of its tightening plans, warning of unnecessary economic pain and excessive job losses.

“The tools that we have work and I think there’s nothing wrong with our mandates,” Powell told the panel.

Speaking at the same event in Stockholm, European Central Bank executive board member Isabel Schnabel said monetary policymakers should press ahead with interest rate rises to fight inflation despite the risk that higher borrowing costs could derail global environmental efforts.

“The green transition would not thrive in a high-inflation environment. Price stability is a precondition for the sustainable transformation of our economy,” Schnabel said at the event in Stockholm on Tuesday.

Schnabel’s view aligns with the consensus among central bankers that it is up to governments to drive the transition to cleaner energy, while monetary policymakers should focus on their core task of fighting inflation. She pointed to a “persistent build-up of underlying price pressures” despite the unexpectedly sharp fall in headline eurozone inflation as energy prices subsided.

But Schnabel said the ECB needed to act faster to bring its own investments and lending operations in line with the objectives of the Paris agreement and achieve carbon neutrality by 2050.

The ECB had aimed to make its holdings of corporate bonds more climate-friendly by putting more weight on climate-related criteria when it made new purchases. However because it has stopped increasing its net bond holdings, this policy has “lost much of its punch”, Schnabel added.

Nancy Pelosi stares down progressives with push for infrastructure vote

News - November 5, 2021 0
Nancy Pelosi stared down progressives in her own party on Friday, vowing to press ahead with a vote on a $1.2tn bipartisan infrastructure bill...

News - December 27, 2022 0
Apple (AAPL) appears to have recovered from shortages that reduced the availability of iPhone 14 Pro models during the holiday shopping season, a Wall...

Sheep Farmer Couldn’t Attend Aunt’s Funeral, Did This Instead

News - August 28, 2022 0
The death toll from an accident when a truck drove off a dike and slammed into a community barbecue in...
© 2022 Venture Current is a Flag Media LLC Publication. All Rights Reserved.
VC is part of the FLAG Token rewards network. Clients and partners can use FLAG Tokens for VC products and services.
VC runs 'Automatic' software. Stories posted here come from generic-topic Google news RSS feeds as well as client and partner-approved content.
If a story appears on this page that needs to be deleted due to licensing issues, please message us immediately so we can help you.