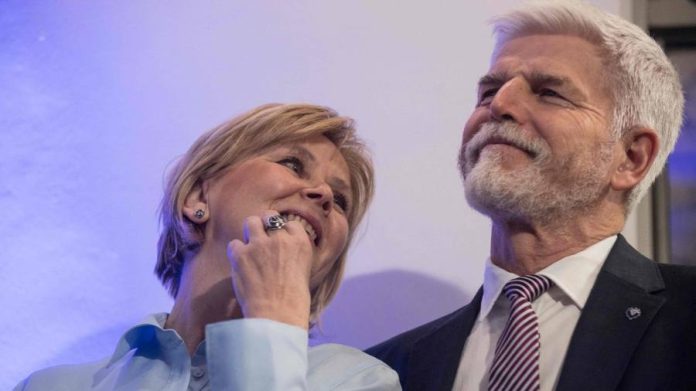 Retired general Petr Pavel edged ahead of billionaire former prime minister Andrej Babiš after the first round in the Czech presidential election, making the former Nato commander the favourite for the run-off election in two weeks.

Babiš, who this week was acquitted of fraud charges related to €2mn of EU funds, secured 35 per cent of the first-round vote while his main rival Pavel gained 35.4 per cent, according to preliminary results. Turnout in the vote, which followed a fiercely fought campaign, was 68 per cent, up from 62 per cent in 2018.

While the Czech constitution grants executive power to the government rather than the president, recent holders of the office have at times wielded significant influence over foreign policy, including incumbent Miloš Zeman who is backing Babiš to succeed him.

When he was prime minister, Babiš caused alarm in Brussels because of his unflinching admiration for Donald Trump, who was US president at the time. In this month’s presidential campaign, he has cast himself as an outsider ready to challenge from the presidency a coalition government that he blames for pushing the country into an economic slowdown.

“Unfortunately we’ve had some episodes of a president pushing his powers to the very limit and it’s then very difficult to block this,” said Czech member of the European parliament Luděk Niedermayer. “People like Zeman have used the opacity of our constitution to gain more power.”

Zeman, who is completing his second term in office and is prevented by the constitution from running again, stirred controversy by involving himself in foreign policy and embracing Russia and China as key partners. He only turned his back on Russian president Vladimir Putin after Moscow’s all-out attack on Ukraine last February.

Pavel, who chaired Nato’s military committee between 2015 and 2018, said he entered politics to “restore integrity” to the presidency and reverse Zeman’s foreign policy drive.

The former Nato general won an outright majority of the votes in the capital Prague while Babiš fared better in the countryside and less densely populated regions, according to the preliminary breakdown of the vote on Saturday.

Economist Danuše Nerudová, who was hoping to become her country’s first female head of state, came an unexpectedly distant third, with less than 14 per cent of the vote.

Pavel is now favourite to win the presidency because Nerudová and some of the other contenders had already indicated that they would support anybody but Babiš in the runoff election on January 27-28. A runoff is needed because no candidate won an absolute majority of votes on Saturday.

Capucine May, eastern Europe analyst at risk intelligence company Verisk Maplecroft, said Babiš would be a president that sought “to be as politically involved as possible‭,” undermining the governing coalition of Czech prime minister Petr Fiala.

In contrast, she said, a Pavel victory would offer “warmer relations with the EU and stable policymaking as the ruling coalition would be bolstered by a supportive president”.

Pakistan’s Imran Khan: The Attack, Theories, and its Aftermath

News - November 4, 2022 0
After all, it is Pakistan we are talking about, where assassinations of and attacks on top political leaders – from Liaquat Ali Khan to...

10 things to consider before flipping a house | Personal-finance

News - August 15, 2022 0
It's a puzzling decision that will shock more than one investor. But Michael Burry is accustomed to blows of brilliance. The emblematic financier, known for...

News - January 9, 2022 0
Checking the weather app can be more unpredictable than the weather itself, but some new features will help — if you can find them. Apple’s...
© 2022 Venture Current is a Flag Media LLC Publication. All Rights Reserved.
VC is part of the FLAG Token rewards network. Clients and partners can use FLAG Tokens for VC products and services.
VC runs 'Automatic' software. Stories posted here come from generic-topic Google news RSS feeds as well as client and partner-approved content.
If a story appears on this page that needs to be deleted due to licensing issues, please message us immediately so we can help you.