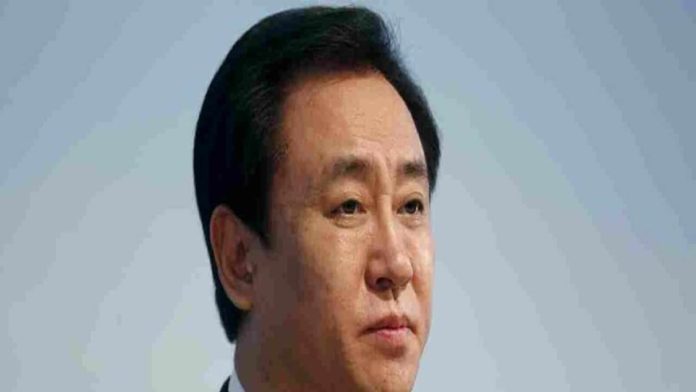 It is speculated that the Chinese government launched its common prosperity policy to redistribute wealth, leading to a crackdown on many industries.

Chinese real-estate billionaire Evergrande Group Chief Hui Ka Yan has observed diminished income growth. From Asia’s second richest person with $42 billion, his income has gone down to $3 billion as reported by the Sydney Morning Herald. As reported by the Bloomberg Billionaires Index, Hui Ka Yan has lost 93% of his income. Evergrande Group chief was known to bridge the gap between the Chinese elite’s world of business and the country’s political power centres.

He was also a member of China’s top Chinese People’s Political Consultative Conference (CPPCC). The conference is the upper house of the Chinese Communist Party’s Politburo, which consists of a 300-member elite group with government officials and business tycoons as its members. However, with his debacle, he has been removed from the grouping for the next five years. Hui was debarred from attending the CPPCC annual convention held in March 2022.

In accordance with Bloomberg Billionaires Index, Hui Ka Yan helms one of China’s biggest and most indebted real estate developers. The firm has invested in over 800 projects across 280 cities in China and beyond. Economists and financial market experts suggest that the future of these projects looks bleak and may default in the coming years. Moreover, Hui Ka Yan is struggling to repay $300 billion in liabilities.

Now, what led to the woes of Evergrande Group? It is speculated that the Chinese government launched its common prosperity policy to redistribute wealth, leading to a crackdown on many industries, as per reports. As reported by CNN, Hui has sold over 7 billion yuan ($1.1 billion) worth of personal assets to prop up his embattled company. Further, he has become one of the most indebted developers with $300 billion in liabilities.

In a conversation with Hong Kong-based newspaper South China Morning Post Hui Ka yan said “I believe we can complete our mission of delivery, repay various debts, eliminate the risks, and start a new chapter on survival, as long as all of us work together and never give up on resuming our construction, sales, as well as operations.”

News - July 17, 2022 0
There is no clear evidence that the UK’s plans to deport asylum seekers to Rwanda are deterring people from making hazardous journeys to Britain...

XEL Is Officially The Worst Switch Game Of 2022, According To Metacritic

News - December 14, 2022 0
It's that time once again when Metacritic spices up the 'Game of the Year' nominations by releasing a list of the worst games released. On...

News - October 31, 2021 0
JS Oh has struggled with loneliness since her divorce and early retirement as a primary school teacher in Seoul. But her isolation was relieved...

News - June 29, 2022 0
A new report from blockchain analytics company Nansen offers some insight into how major crypto trading firms including Celsius Network and Three Arrows Capital...
© 2022 Venture Current is a Flag Media LLC Publication. All Rights Reserved.
VC is part of the FLAG Token rewards network. Clients and partners can use FLAG Tokens for VC products and services.
VC runs 'Automatic' software. Stories posted here come from generic-topic Google news RSS feeds as well as client and partner-approved content.
If a story appears on this page that needs to be deleted due to licensing issues, please message us immediately so we can help you.