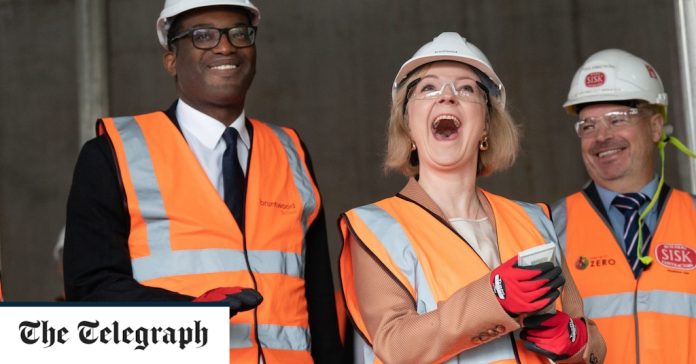 The Carlton Moscow was the Ritz-Carlton before sanctions squeezed and Russians now buy Moy Burgers, not McDonald’s. Fifa thought rebranding the national team as the Football Union of Russia would keep them playing – then thought again.

The Kremlin claimed the Donetsk People’s Republic and Luhansk People’s Republic but the US set up Task Force KleptoCapture to seize sanctioned Russians’ assets, including yachts, while the G7 launched REPO – a Russian Elites, Proxies & Oligarchs team. Britain set up a Homes for Ukraine scheme and Odesa changed Mayakovsky Street to Boris Johnson Street.

The Government announced a British Energy Security Strategy while a Future System Operator will take over some roles from National Grid, which recruited consumers for a Demand Flexibility Service to avoid blackouts, then stood them down.

UK politics got hotter. Red Throat leaked that Rishi Sunak’s wife had non-dom tax status. Operation Red Meat – part of Operation Save Big Dog – announced new policies to boost Boris Johnson after the Pork Pie Plot to oust him. Removing him would be Bonkerooni, said Michael Gove, but No 10 called Gove a snake when he changed tack.

The police investigation of Partygate was codenamed Operation Hillman. ‘Pinocchio prime minister’ was ruled an unparliamentary term. Downing Street set up the Office of the Prime Minister – and the Office of Boris Johnson Ltd was incorporated after he left.

Liz Truss – called a right-wing knucklehead – rewrote the dictionary, then rewrote the rewriting. Her budget was downgraded to a fiscal event, then upgraded to a mini-Budget. The 45p tax went and returned, just like IR35. Her investment zones echoed Scotland’s renamed Green Freeports. The ABCD health policy – ambulances, backlog, care, doctors – was DoA.

The small business minister was scrapped and re-instated by Truss’s successor. The Ministry for Women & Equalities dropped the ‘Women’ when Nadhim Zahawi became minister, but re-inserted it when Kemi Badenoch replaced him.

The Department of Business was dubbed the Ministry of Growth, promoted a ‘Virtuous circle of growth’ while Truss attacked the Anti-growth coalition. The Kwarteng premium on yields required bailing out pension schemes with liability-driven investment funds.

Satellite Images of Russian Air Base Show Destruction After Explosions

News - August 10, 2022 0
Satellite images have begun circulating on social media that purportedly show the aftermath of a series of explosions at a Russian airbase in Crimea...

News - October 27, 2022 0
The logo of Shell on an oil storage silo, beyond railway tanker wagons at the company's Pernis refinery in Rotterdam, Netherlands, on Sunday, Oct....

News - August 7, 2022 0
Israel and Palestinian Islamic Jihad have agreed a ceasefire, raising hopes of an end to the most serious flare-up in hostilities between Israel and...

News - May 14, 2022 0
Luna LUNA , the collapsed cryptocurrency that was designed to support the terraUSD (UST UST...
© 2022 Venture Current is a Flag Media LLC Publication. All Rights Reserved.
VC is part of the FLAG Token rewards network. Clients and partners can use FLAG Tokens for VC products and services.
VC runs 'Automatic' software. Stories posted here come from generic-topic Google news RSS feeds as well as client and partner-approved content.
If a story appears on this page that needs to be deleted due to licensing issues, please message us immediately so we can help you.