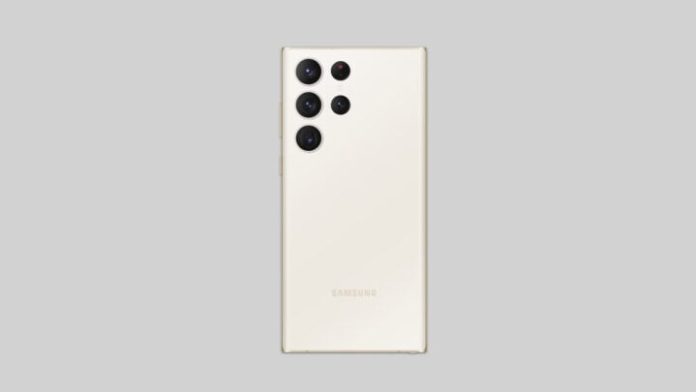 The Galaxy S23 series is only a few weeks away, as the company has already confirmed a February 1 unveiling and opened up reservations for the upcoming devices. Hardware specifications have not yet been officially revealed, but the company has hinted at major camera improvements. Unofficially, a new report has added more information to the growing pile. According to it, the Galaxy S23 Ultra will boast several audio quality improvements.

The report touches on camera and sound quality, and for one, it suggests that the upcoming Galaxy S23 Ultra has excellent image stabilization and autofocus.

In addition, Samsung has supposedly improved the Galaxy S23 Ultra’s audio and sound recording capabilities. The report claims that the top-tier flagship has better speakers with improved audio, especially on lower frequencies (bass). It should provide a better out-of-the-box multimedia experience, even without connecting to earbuds or external Bluetooth speakers.

Finally, the rumor indicates that the Galaxy S23 Ultra features an excellent microphone array. This upgrade should come in handy for people who use apps such as Samsung Voice Recorder and the Interview recording feature. Likewise, it should provide a better audio experience for videos recorded with the onboard cameras.

All things considered, the Galaxy S23 Ultra should be a better device for multimedia consumption and for content creators who want improved video-audio recording capabilities.

Whether or not the base Galaxy S23 and/or the Galaxy S23+ will also feature these audio hardware upgrades remains to be seen. We’re only a couple of weeks away from the official unveiling at Unpacked, so we’ll find out soon enough.

Fans who are eager to get their hands on the upcoming flagships can now reserve the Galaxy S23 and get $50 in Samsung Credit, or $100 worth of credit if they choose to reserve the flagship phone as well as the upcoming Galaxy Book 3 ultrabook.

CES 2023: How to Watch the Biggest Announcements from Samsung, LG, Nvidia

News - October 6, 2021 0
Rigetti Computing, one of the most visible quantum hardware startups, today announced that it is going public through a merger with the Supernova Partners...

Russia Can Finally See that Putin’s ‘Days Are Numbered’

News - December 18, 2022 0
More than two decades after he came to power, President Putin’s grip on the Russian people is finally starting to falter.The war in Ukraine...

News - November 27, 2022 0
It’s a tale of two markets: while private rents have soared to record highs in the UK, making life precarious for tenants, the for-sale...

News - November 28, 2022 0
Current price: $95Original price: $200You can save big on this top-rated gaming keyboard from Razer. The Huntsman Elite is a full-sized, mechanical keyboard designed...
© 2022 Venture Current is a Flag Media LLC Publication. All Rights Reserved.
VC is part of the FLAG Token rewards network. Clients and partners can use FLAG Tokens for VC products and services.
VC runs 'Automatic' software. Stories posted here come from generic-topic Google news RSS feeds as well as client and partner-approved content.
If a story appears on this page that needs to be deleted due to licensing issues, please message us immediately so we can help you.