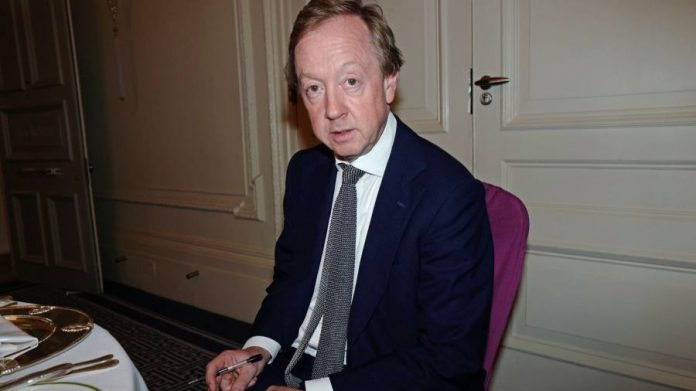 Geordie Greig, the veteran Fleet Street editor who was ousted from the Daily Mail, has been appointed editor-in-chief of The Independent, the former print newspaper which has found a second life as a digital-only title.

The former Mail and Mail on Sunday editor joins “with immediate effect”, aiming to build its growing US readership into a sustainable business in the cut-throat online advertising market.

Greig hailed The Independent’s global ambitions, saying it was the eighth largest digital news brand in the US, and pointed to new initiatives, such as Independent TV. In 2016 it became the first national UK newspaper to close its printing presses and become solely a digital publication.

The Independent is part-owned by Evgeny Lebedev, the Russian businessman who was proprietor of the Evening Standard during Greig’s stint at the London freesheet. People involved in The Independent appointment process said Greig was principally hired by chair John Paton.

Greig briefly oversaw The Independent as editorial director almost a decade ago. It will be the fourth Fleet Street title he has edited since he first made his name as an energetic chronicler of British high society at Tatler magazine.

Greig’s editorship of the Daily Mail, Britain’s most-read newspaper, from 2018 to 2021 led to the tabloid taking a more critical stance of his former schoolmate Boris Johnson’s Conservative government, especially over breaches of lockdown by Johnson and his then adviser Dominic Cummings.

But his acrimonious relationship with Paul Dacre, the rightwing former editor of the Daily Mail and now editor-in-chief of its parent company DMG, led to his ousting after just three years. Greig supported the Remain campaign ahead of the 2016 Brexit referendum as editor of the Mail on Sunday.

A senior figure at Associated Newspapers said Greig had a “warm and cordial” relationship with Jonathan Rothermere, the chief executive and chair of the now-private Daily Mail and General Trust, but is still not on speaking terms with Dacre.

The Independent says it is the UK’s “biggest quality news brand”, with 21.4mn monthly readers. It also boasts a growing US readership that has overtaken local rivals such as BuzzFeed and Vice, but remains well behind UK publications including MailOnline and The Guardian.

In 2017 Mohamed Abuljadayel, a Saudi investor, bought a 30 per cent stake in the website’s parent company. The Independent now licenses its content for Arabic, Persian, Urdu and Turkish versions of its news site through a deal with the Saudi Research and Marketing Group, a Saudi publisher.

The acquisition prompted concerns over the news site’s editorial independence but Ofcom and the CMA concluded that no investigation was necessary. A senior executive previously told the Financial Times that no single shareholder had majority control of the company.

Greig will face a challenge at the helm of The Independent in a worsening digital advertising environment as brands cut back on marketing costs amid the global economic slowdown.

“Geordie has been the editor of three Fleet Street papers and has a brilliant track record for building news brands that successfully deliver for their audiences, growing readership and audience engagement,” said Independent chair Paton.

“Geordie’s experience will be critical as we look to further build news teams around the world to extend our global reach.”

News - March 31, 2022 0
Russia will stop supplying gas to countries it considers “unfriendly” unless they pay in roubles, according to a presidential decree effective immediately.Buyers in 48...

Will Home Prices and Mortgage Rates Fall? What To Expect in 2023

News - November 30, 2022 0
It’s safe to say we’ve never encountered a housing market nearly as unpredictable as the one we’re in right now. After months of navigating...

News - May 31, 2022 0
Western sanctions on Russian banks have made it difficult or impossible for African countries to buy grain from Russia to help solve a global...

News - May 4, 2022 0
Live news: Lyft shares plunge after issuing underwhelming targets Source
© 2022 Venture Current is a Flag Media LLC Publication. All Rights Reserved.
VC is part of the FLAG Token rewards network. Clients and partners can use FLAG Tokens for VC products and services.
VC runs 'Automatic' software. Stories posted here come from generic-topic Google news RSS feeds as well as client and partner-approved content.
If a story appears on this page that needs to be deleted due to licensing issues, please message us immediately so we can help you.