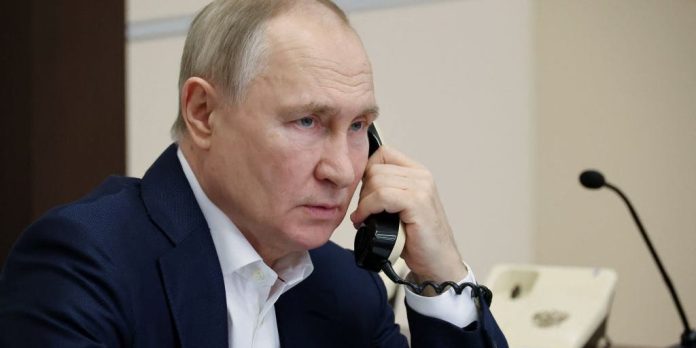 Russian President Vladimir Putin has wasted the opportunity to use his country’s gas supply leverage over Europe because nations are now successfully diversifying their energy supplies, according to Germany’s vice chancellor.

Robert Habeck, the German deputy head of government and economic minister, said at a press conference on Thursday that German had initially been left exposed by Russia’s invasion of Ukraine last February due to its reliance on natural gas from Russia, supplied via the Nordstream 1 pipeline.

“The German problem, or the central European problem, was that half of our eggs were in the basket of Putin,” Habeck said at a joint press conference with the Norwegian prime minister, Jonas Gahr Støre, The Guardian reported. “He destroyed [those eggs].”

After the invasion of Ukraine there were fears of blackouts in Germany and other countries across Europe, as Russia drastically reduced its gas supplies amid sharp criticism of its aggression against its neighbor.

Before the conflict, Germany had relied on Russia for around 60% of its gas. Many other countries in Europe had similar heavy reliance.

But Germany’s scramble to secure alternative energy supplies has borne fruit, with the country switching to sources of energy including Liquefied Natural Gas, or LNG.

Habeck said that Germany was now “one-third done” with replacing Russian energy supplies through other means, and sounded a note of cautious optimism.

“Right now, I can say the storages in Germany are full, around 90%, we will withstand this winter, and the [gas] prices are going down,” he said.

News - July 26, 2022 0
Lord David Trimble, a key architect of the Good Friday Agreement who defied opposition from within his community to help secure peace in Northern...

Women in South Korea say no to ‘No 2’ men when choosing who to...

News - March 8, 2022 0
As South Korea prepares for its presidential election on March 9, women in the dating scene are taking dates’ presidential candidate preferences into major...

News - May 14, 2022 0
Placeholder while article actions loadNEW DELHI — India has banned exports of wheat effective immediately, citing a risk to its food security, partly due...

The Unstoppable Fall of Carvana, the "Amazon of Car Dealers"

News - November 5, 2022 0
The online used car retailer fell almost 39% in one session on Wall Street, after disastrous quarterly results. Source
© 2022 Venture Current is a Flag Media LLC Publication. All Rights Reserved.
VC is part of the FLAG Token rewards network. Clients and partners can use FLAG Tokens for VC products and services.
VC runs 'Automatic' software. Stories posted here come from generic-topic Google news RSS feeds as well as client and partner-approved content.
If a story appears on this page that needs to be deleted due to licensing issues, please message us immediately so we can help you.