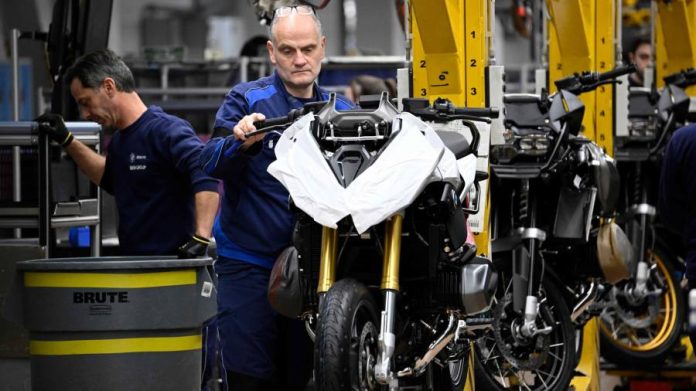 The number of German jobs reached a post-reunification high in 2022, with the tightness of the labour market in the eurozone’s largest economy expected to strengthen the European Central Bank’s resolve in raising interest rates.

About 45.6mn people were employed in Germany in 2022, up 589,000 from the previous year and more than at any time since German reunification in 1990, according to Destatis, the country’s official statistics agency.

The jobs market across the eurozone has remained tight despite weaker growth during the autumn and the prospect of a winter recession, with unemployment hitting a fresh low of 6.5 per cent in October — the most recent month for which data is available.

Separate data from the S&P Global index of German purchasing managers — or PMI — also published on Monday, showed that German manufacturers continued to hire workers at a steady pace in December despite the majority reporting contracting output. Hiring was also up in December across eurozone businesses.

The strength of the labour market has heightened fears of high wage growth among the region’s rate-setters, tasked with keeping inflation under control.

Bert Colijn, senior economist at ING, expected the eurozone labour market to “remain tight despite recession”, adding that businesses were likely to keep people on the payroll to make sure that they have good workers available when the downturn ends. “Modest upward pressure on wages is set to stay,” said Colijn.

Markets are pricing in a 50 basis points increase in interest rates when the ECB meets on February 2. That would be on top of the 2.5 percentage points’-worth of rises since June last year, as rate-setters battle with inflation that hit 10.6 per cent in October — an all-time high. The benchmark deposit rate reached 2 per cent in December.

The increase of both foreign and domestic workers contributed to the German record high, which was 292,000 above the previous peak in 2019. The unemployment rate dropped to 2.8 per cent — another post-reunification low.

A European Commission poll published in December showed that during the final quarter of 2022, more than two in five German businesses reported shortages of workers, just shy of the highest-ever share, a figure that was registered in the third quarter of last year.

Labour shortages are widespread across the eurozone. About 30 per cent of eurozone businesses experienced them during the final quarter of 2022, another near-record high.

The labour market is closely monitored by the ECB, with wage growth seen as likely to prolong the region’s bout of high inflation. Price growth fell slightly in the year to November, but remains about five times the ECB’s 2 per cent goal.

At December’s ECB meeting, Christine Lagarde, its president, noted that wage growth across the eurozone was “strengthening,” supported by robust labour markets and some catch-up in wages to compensate workers for high inflation.

She added that the central bank’s staff projected wages growing at rates well above historical averages and pushing inflation above target from now until at least 2025.

Economists polled by Reuters expect eurozone inflation to have declined to single digits when December data are published on Friday. However, core inflation — which strips out changes in energy and food prices, and more closely reflects underlying price pressures — is forecast to remain at a record high of 5 per cent.

News - September 11, 2021 0
Ariel Henry was asked to come in for questioning next week as part of investigation into president’s July assassination.A day after investigators invited Haitian...

FT Cryptofinance: DeFi is DeFi until Washington says it’s not

News - August 26, 2022 0
Hello and welcome to the FT’s Cryptofinance newsletter. Come for crypto’s ongoing battle with the US government, and stay for Matt Hancock’s hilarious debut...

News - March 21, 2022 0
During the blanket ban on crypto announced in September 2021, any firms found aiding crypto transactions or foreign crypto firms were held accountable. Source
© 2022 Venture Current is a Flag Media LLC Publication. All Rights Reserved.
VC is part of the FLAG Token rewards network. Clients and partners can use FLAG Tokens for VC products and services.
VC runs 'Automatic' software. Stories posted here come from generic-topic Google news RSS feeds as well as client and partner-approved content.
If a story appears on this page that needs to be deleted due to licensing issues, please message us immediately so we can help you.