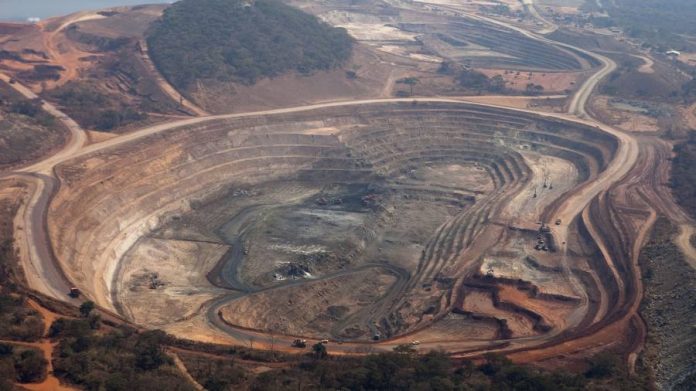 Glencore has agreed to pay $180mn to the Democratic Republic of Congo to cover claims arising from alleged acts of corruption over 11 years, the latest settlement that the mining company has reached with authorities over its conduct.

Including the new settlement, Glencore has this year agreed to pay more than $1.66bn to authorities around the world following investigations into its business practices. Glencore, one of the largest mining companies in the world by revenue, says it has undertaken a compliance overhaul so that the practices identified by the investigations no longer take place.

The Swiss-based group pleaded guilty in May to bribery and market manipulation following a co-ordinated investigation by US, UK and Brazilian authorities. It agreed a settlement with US authorities of more than $1.1bn, and accepted a US legal monitor who is expected to begin work shortly.

The US investigation found evidence of bribery by Glencore in the DRC. “In the DRC, Glencore admitted that it conspired to and did corruptly offer and pay approximately $27.5mn to third parties, while intending for a portion of the payments to be used as bribes to DRC officials, in order to secure improper business advantages,” the US Department of Justice wrote in a statement in May.

Monday’s deal with the DRC covers any past and future claims arising from Glencore and its affiliates’ alleged misconduct in the DRC between 2007 and 2018.

In a statement, Kalidas Madhavpeddi, chair of Glencore said: “Glencore is a longstanding investor in the DRC and is pleased to have reached this agreement to address the consequences of its past conduct.”

Glencore’s assets in the DRC include its 75 per cent stake in KCC, a large copper-cobalt project, and ownership of the Mutanda copper-cobalt mine.

CEOs are warning of a recession. Here’s what they’re saying, and their advice on...

News - April 6, 2022 0
Reforming the UK’s tax system by aligning the rates charged on different sources of income would improve equality and raise more revenue from wealthy...

This index is signaling that inflation already peaked and is slowing

News - September 23, 2022 0
For signs that inflation may be easing, Wall Street pros have an unlikely source — the price of used cars. The Manheim Used Car...

News - December 25, 2021 0
CHENNAI: 2021 has been good year for used car platforms with 3 startups — Droom, CarDekho and Spinny — joining the unicorn club (over...
© 2022 Venture Current is a Flag Media LLC Publication. All Rights Reserved.
VC is part of the FLAG Token rewards network. Clients and partners can use FLAG Tokens for VC products and services.
VC runs 'Automatic' software. Stories posted here come from generic-topic Google news RSS feeds as well as client and partner-approved content.
If a story appears on this page that needs to be deleted due to licensing issues, please message us immediately so we can help you.