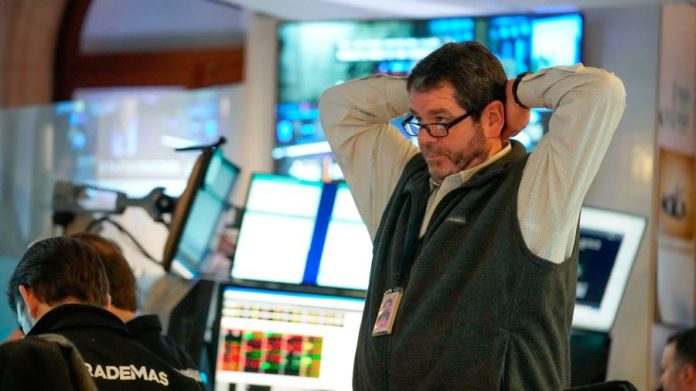 The New York Stock Exchange on Tuesday said it would cancel trades in some stocks after problems with its opening auction caused sharp swings in blue-chip names such as ExxonMobil and McDonald’s.

The US Securities and Exchange Commission said it was reviewing the problem after NYSE said a “system issue” affected the open of around 250 stocks.

The exchange said it did not conduct opening auctions in the affected stocks, meaning they began trading without accurate “Limit Up Limit Down” bands, which are designed to stop securities from trading at extreme prices.

The error led some stocks such as Wells Fargo to plunge more than 10 per cent at the market open, while others such as AT&T briefly surged before trading was halted. NYSE said its systems were working properly about 20 minutes later, and said trades that were executed outside the proper limits will be declared null and void.

Shares in Intercontinental Exchange, which owns NYSE, fell 2.2 per cent on Tuesday, compared with a 0.1 per cent decline in the benchmark S&P 500 index.

NYSE’s opening auctions use a combination of algorithmic quotes and a physical auction managed by human market makers at firms such as Citadel Securities, Virtu and GTS.

The exchange told the market makers that the problems were caused by an internal issue rather than anything to do with the market makers, but did not provide further details, said three people briefed on the conversations.

One market maker estimated more than $1bn worth of orders were affected, with the volume of shares traded at the open down almost 90 per cent compared to recent averages.

The SEC said “staff are reviewing the activity and have been in touch with the relevant exchanges”, while one employee at a market maker said they had also spoken with the regulator.

The problem comes just weeks after the SEC announced plans to direct a greater proportion of trades through auction systems at exchanges, and were immediately leapt on by opponents of the changes. “The SEC is pushing to have all retail order flow go to auctions on exchanges. This doesn’t bode well,” said one person involved in the lobbying efforts.

Such a big error is rare but not unheard of for large stock exchanges, which normally pride themselves on being resilient in the face of any unexpected volatility or technical problem.

The head of the Tokyo Stock Exchange resigned in 2020 after a hardware glitch halted equity trading on the world’s third-largest bourse for a full day, while the Toronto Stock Exchange suffered brief outages last November and in the early days of the coronavirus pandemic.

In 2018, NYSE was fined $14mn by the SEC over a series of problems, including trading outages.

News - August 24, 2021 0
You can tell that Apple didn’t quite get its announcement of CSAM scanning right because it’s weeks later and we’re still talking about it. Writing...

News - February 20, 2022 0
Veteran trader Peter Brandt has warned that bitcoin’s price corrections have taken many months in the past and it may take some time for...

Samsung will let you trade in up to 4 phones for the Galaxy Z...

News - August 4, 2022 0
Leading US food delivery app DoorDash shrugged off inflation concerns as it posted record-high order numbers in the second quarter and raised its growth...
© 2022 Venture Current is a Flag Media LLC Publication. All Rights Reserved.
VC is part of the FLAG Token rewards network. Clients and partners can use FLAG Tokens for VC products and services.
VC runs 'Automatic' software. Stories posted here come from generic-topic Google news RSS feeds as well as client and partner-approved content.
If a story appears on this page that needs to be deleted due to licensing issues, please message us immediately so we can help you.