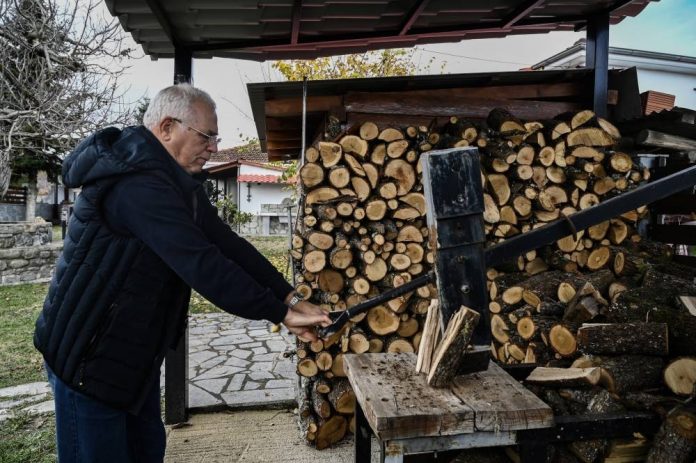 GREVENA, Dec 26 — Huddled around a campfire sipping hot tea, a group of Greek lumberjacks take a badly needed break in an oak forest not far from the Albanian border.

With petrol and gas bills increasing, loggers in northern Greece say they are doing their best to keep up with rising demand for wood, considered a more affordable option for people to heat their homes.

Many Greeks, still reeling from their country’s decade-long economic crisis, are desperate to counteract energy prices soaring on the back of Russia’s war in Ukraine and national inflation running at over eight percent.

“We have had an increase in demand,” said timber transporter Yannis Paligiannis, 44.

“People are thinking of turning their heating to wood, but next year what will happen? Nobody is sure that next year wood won’t be more expensive than petrol. Everyone is wary,” he added.

For now, an abundant local supply makes firewood the best option in the north of Greece where temperatures dip well below zero Celsius (32 Fahrenheit) in deep winter.

“People here can get through winter by spending €300-400 (RM1,410-1,880) on firewood, perhaps even cheaper if they transport it and chop it themselves,” Zisis Giakopoulos, a pensioner in his late 60s from the village of Aimilianos in the northwestern region of Grevena, told AFP.

“Many of them also use the firewood in stoves on which they also heat their food,” Giakopoulos added.”

In comparison, figures recently compiled by Greek insurance website Pricefox showed a 80-square-metre flat needing to spend some €650 on petrol fees, nearly €1,000 on air-conditioning and nearly €1,300 for gas heating to get through winter.

Paligiannis says 70 per cent of the firewood sold in Greece comes from Grevena, this mountainous region not far from the border with Albania.

“There is a higher demand for wood compared to last year because of the energy crisis, but we shouldn’t abuse the forest,” cautioned lumberjack Dimitris Basnas, 34.

“If the trees are old and tall, it’s slow work. You don’t get a lot of quantity. If it’s a younger forest you get more.”

Greece has nearly 270 cooperatives with some 8,500 forestry workers registered at the environment ministry.

But despite heightened demand this year, the future of the profession is by no means guaranteed.

Numbers are dwindling, with younger people opting for less back-breaking work. Most of the wood is still transported by mule through thick foliage.

“We learnt this trade from our grandparents and we carry on the same way,” says Thanassis Papanikolaou, president of a forestry cooperative that produces about 10,000 tonnes of firewood every year.

Opening access roads to vehicles through the forest is forbidden, he adds.

“My father managed to raise five children doing this job,” says 62-year-old Yiorgos Koutoulas, the group’s eldest member, who is near retirement.

“When I leave there is no young person to replace me,” he added.

“All the villages are deserted. The young people have left to work in the big cities,” he said.

According to forestry maps — which are a decade old in a country that experiences annual wildfires — nearly 50 per cent of Greek territory is made up of forest cover.

News - August 1, 2022 0
© 2022 Venture Current is a Flag Media LLC Publication. All Rights Reserved.
VC is part of the FLAG Token rewards network. Clients and partners can use FLAG Tokens for VC products and services.
VC runs 'Automatic' software. Stories posted here come from generic-topic Google news RSS feeds as well as client and partner-approved content.
If a story appears on this page that needs to be deleted due to licensing issues, please message us immediately so we can help you.