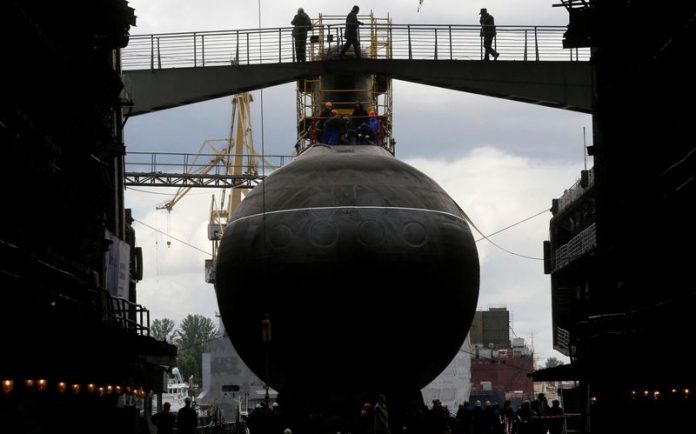 (Reuters) – A major Russian shipyard that specialises in building non-nuclear submarines said its general director had died suddenly on Saturday after 11 years in the job, but gave no details.

Admiralty Shipyards, based in the western port of St Petersburg, announced the death of Alexander Buzakov in a statement. He had been in the job since August 2012.

His main achievement, it said, had been preserving and strengthening the shipyard’s order books for modern non-nuclear submarines, surface ships and deep water vehicles.

In April, Moscow said it had used a diesel submarine in the Black Sea to strike Ukrainian military targets with Kalibrs.

The shipyard said Buzakov graduated in 1980 and had more than 40 years of experience, indicating he had been in his mid-sixties when he died. St Petersburg is the home city of President Vladimir Putin.

News - October 20, 2022 0
US-headquartered venture capital firm ﻿Tribe Capital﻿ continues to be bullish on the Indian capital markets story. Over the next two years, it plans on...

News - September 21, 2021 0
The White House trumpeted the so-called AUKUSA deal between the U.S., Australia and the United Kingdom as a win for enhancing the collective defense...

Central Florida is preparing to house those fleeing Puerto Rico and the Dominican Republic...

News - September 20, 2022 0
By the time you read this, the first real pictures will be coming into focus. But we know, already, the words we will be...
© 2022 Venture Current is a Flag Media LLC Publication. All Rights Reserved.
VC is part of the FLAG Token rewards network. Clients and partners can use FLAG Tokens for VC products and services.
VC runs 'Automatic' software. Stories posted here come from generic-topic Google news RSS feeds as well as client and partner-approved content.
If a story appears on this page that needs to be deleted due to licensing issues, please message us immediately so we can help you.