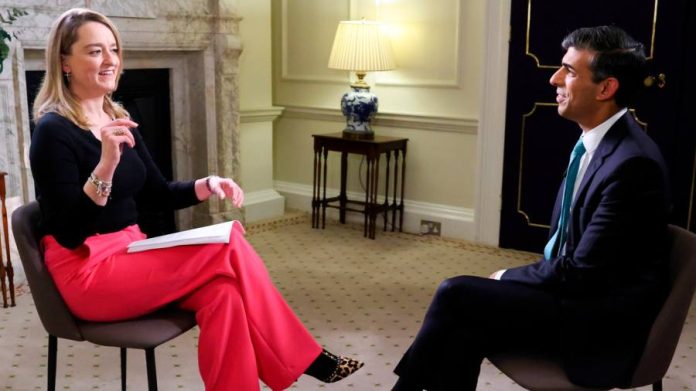 Unions warned the government on Sunday that strikes would continue unless it reopens this year’s pay settlement for health service workers ahead of crisis talks on Monday aimed at curtailing a wave of industrial action across Britain.

Leaders of the Royal College of Nursing and three unions representing ambulance workers — some of whom are set to strike on Wednesday — all said that without a fresh pay offer for the current year, any talks would be in vain.

On Sunday Sunak appeared to soften his tone about discussing demands for higher pay in the current financial year to April 2023, after indicating last week that ministers would only be prepared to consider pay settlements for the next financial year.

“The government has always been clear that it’s happy to talk about pay that is responsible, that’s affordable for the country. But we are about to start a new pay settlement round for this year,” the prime minister told the BBC. “We’re about to start that independent process, and before that process starts the government is keen to sit down with the unions and talk about pay.”

Some Conservative MPs interpreted his remarks as evidence that the two sides were moving towards a compromise in the health sector.

“The mood music is changing — we are past peak posturing and both sides seem to be more open to a settlement,” one former cabinet minister said. “With health, the government needs to be seen to have driven down the unions from 19 per cent, as what they give the nurses will set the tone for other public sector deals.”

Pat Cullen, general secretary of the Royal College of Nursing, told the BBC that Sunak’s remarks offered a “chink of optimism”, although she added that any talks “must be about addressing pay for 2022-23.” The union, which has signalled it could temper its demand for a 19 per cent pay rise, has already staged one walkout in protest at a 4.75 per cent offer for this year. It is due to stage another two-day strike on January 18 and 19.

Unions representing ambulance workers echoed the warning. The GMB said that without a fresh pay offer for this year there was “no chance” of it suspending strike action. Sara Gorton Unison’s head of health, said a “firm commitment to boost wages for what’s left of the current year would mean unions could call off the strikes”.

Sharon Graham, secretary-general of Unite, whose ambulance service members will stage a separate strike later this month, said that Sunak knew “very well that there can be no progress on the upcoming [2023-24] NHS pay review while the current 2022 NHS pay claim remains unresolved”.

In an effort to help ease the pressure on the NHS this winter, the government is expected to announce emergency funding aimed at speeding up the transfer of patients out of hospital into care homes, in a move first reported by the Sunday Times newspaper.

Rail industry bosses struck an optimistic note ahead of their meeting with rail minister Huw Merriman.

Mick Lynch, leader of the RMT, the biggest rail union, said his members were looking for better terms. “If we feel we have an improvement that’s worth considering we will put it to a referendum,” he told the Financial Times.

Other unions are already preparing to take fresh industrial action. A ballot of teachers closes this week; the British Medical Association will this week start balloting junior doctors over possible strike action. The doctors’ union will also discuss holding a ballot for industrial action by NHS consultants in the coming weeks.

News - September 3, 2022 0
Commentary China’s economy is in shambles. While it is unlikely to affect Chinese Communist Party leader Xi Jinping’s bid for another term as the regime...

Allegra Stratton did the right thing by quitting – now Boris Johnson’s job could...

News - December 9, 2021 0
Boris Johnson is often accused of lacking a moral compass. His former press secretary Allegra Stratton not only possesses such an instrument, but yesterday...

Russia’s war games with China: All you need to know | Military News

News - September 1, 2022 0
The Vostok 2022 drills launch with the participation of forces from China, India, Syria and several other countries.Russia has launched week-long war games involving...

Could a bot do your creative job better and faster than you do?

News - September 13, 2022 0
Does an AI art generator respond as effectively to a client’s brief as a human illustrator? Tim Gibson took some of his own creative...
© 2022 Venture Current is a Flag Media LLC Publication. All Rights Reserved.
VC is part of the FLAG Token rewards network. Clients and partners can use FLAG Tokens for VC products and services.
VC runs 'Automatic' software. Stories posted here come from generic-topic Google news RSS feeds as well as client and partner-approved content.
If a story appears on this page that needs to be deleted due to licensing issues, please message us immediately so we can help you.