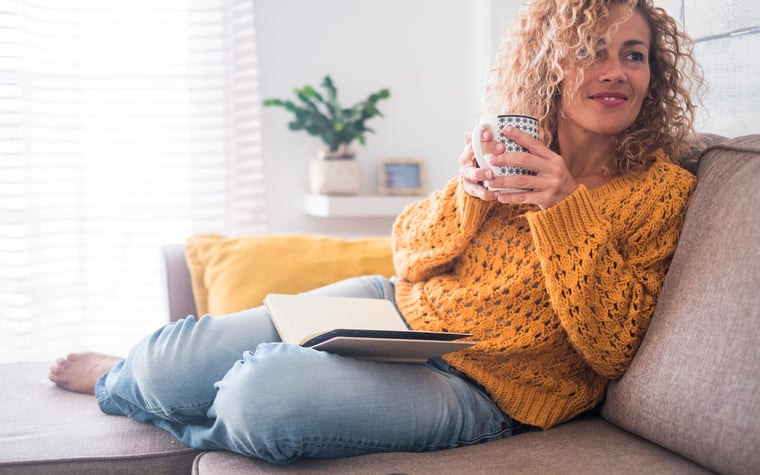 It’s safe to say that 100 employees would have 100 different “best of” lists.

It caught our attention last month when a long-term Costco employee named Veronica posted on Insider, sharing the 10 best things she bought from Costco in 2022. After all, who better than a Costco employee to know where the bargains are hidden? And given the current state of inflation, it’s good to have the inside track.

One quickly gets the idea that Veronica is all about working out and staying healthy. The first health-conscious item she mentioned buying is a Vitamix E520 blender. She refers to the blender as the “holy grail” of making smoothies and fresh salsas. And Veronica likes the fact that it’s versatile enough to make baby food, soups, and more.

Insider tip: According to Veronica, the blender typically retails for $399.99 (as it does today). If you’re looking for one, though, keep an eye out because she says that she’s seen it sell for as low as $299.99. Waiting could result in an extra $100 staying in your bank account.

We’re not sure which Costco location employs Veronica, but she seems to have snagged a stir fry kit not available at all Costco locations. The package came with premade sous-vide chicken, fresh vegetables, yakisoba noodles, and stir-fry sauce.

Insider tip: According to Veronica, the stir-fry kit can be prepared in less than seven minutes. Better yet, at $6.49 per pound, she can feed her family of four for around $22.

Another sign that the long-time employee is health-conscious is her focus on nutrition. Evidently, these enchiladas appealed to her because they contain 20 grams of protein, 2 grams of net carbs, and no grain.

Insider tip: While we realize that checking the reader comment section is not typically a good idea, two readers strongly disagreed with Veronica’s take on the enchiladas. Readers named Debra and Jen each complained about the taste. While Debra says she threw hers in the trash, Jen said she was grateful for Costco’s liberal return policy.

Veronica says she uses the deep-tissue massager nearly every day, especially after working out. She appreciates that different attachments target different muscle groups.

Insider tip: This is another product to keep an eye out for if you’re interested, as the price is known to drop.

Again, Veronica’s “best-of” list ties back to her workout habits. Sharing that she works out five times a week, her go-to snack is a Fairlife protein beverage. One drink contains 30 grams of protein and two grams of sugar.

Insider tip: The Fairlife brand is one of the top-selling proteins at Costco.

According to Veronica, she won’t buy her coffee blend anywhere but Costco, paying $39.99 for a pack of 120 K-Cups. She calls the Kirkland Signature breakfast blend “perfect.”

Insider tip: One coffee does not fit all, as evidenced by another reader comment. This one came from someone using the handle “All American.” According to AA, other retailers, including Kroger, offer a 120 pack of K-Cup pods at a much lower price, so it pays to shop around.

Veronica seems wild about these collagen peptides, saying she believes they’ve helped her hair and nails grow. She says she mixes the unflavored collagen into her coffee each morning.

This one came as a bit of a surprise, given that hunter boots are neither health-related or something worn by just anyone. Still, Veronica was excited to have snagged a pair for $79.99 since she’s seen some styles sell for over $100.

Insider tip: If you can’t find hunter boots in-store, they can sometimes be purchased on the Costco website. Although that was not the case when we checked today, it’s worth looking out for when you’re in the market.

We must admit, the sunglasses Veronica purchased are pretty great looking. She suggests the SLM3 black-gray, retailing for $116.99.

Insider tip: When you’re shopping for eyeglasses, make it a point to check out Costco’s optical department for potential savings. Whether you typically pay with cash or use a rewards credit card to earn points, it pays to save where you can.

As someone who meal-preps, Veronica says these containers come in handy.

Insider tip: If you’re concerned about the negative impact of plastic on the environment, you can always opt for the Ello 2-compartment glass food containers. Not only are they great looking, you get four containers with lids for $16.97.

Whether these would be your top 10 purchases or not, it is interesting to peek behind the curtain to learn how one Costco employee shops.

News - October 14, 2021 0
Sovereign wealth and public pension funds are piling into venture capital mega-deals beyond Silicon Valley even as frothy valuations raise fears of overheating among...

News - October 29, 2021 0
Zuckerberg admitted that he’s at least a decade away from realizing that dream, which he says he first envisioned while in college. But never...
© 2022 Venture Current is a Flag Media LLC Publication. All Rights Reserved.
VC is part of the FLAG Token rewards network. Clients and partners can use FLAG Tokens for VC products and services.
VC runs 'Automatic' software. Stories posted here come from generic-topic Google news RSS feeds as well as client and partner-approved content.
If a story appears on this page that needs to be deleted due to licensing issues, please message us immediately so we can help you.