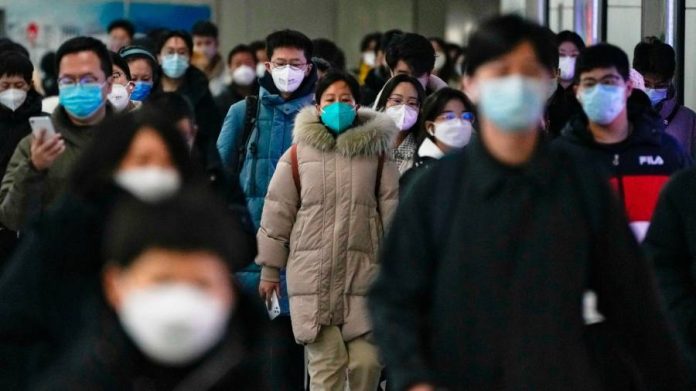 US stocks were battling to keep hopes of a year-end Santa rally alive as investor optimism about China’s reopening was weighed down by subdued post-holiday volumes and weakness in shares of companies including Tesla.

By midday, the S&P 500 had clawed back earlier losses of more than 0.6 per cent to stand just 0.08 per cent lower while the tech-heavy Nasdaq Composite index was off 0.8 per cent compared to a drop of more than 1 per cent in opening trade.

The subdued performance rounds off a dire year in stocks, with a 19 per cent fall in the MSCI World index over the course of 2022.

“It will take a minor miracle for 2022 to not be the weakest year for global stock markets since the financial crisis of 2008,” said analysts at Nordic bank SEB in a note.

In the US, a so-called Santa rally denotes gains over the last five days of trading in one year and the first two of the new year.

Tesla was Tuesday’s largest blue-chip loser in percentage terms, down 8 per cent. Reuters reported that in China, the electric vehicle maker was extending a reduced production schedule from this month into January.

The falls took Tesla’s December losses to 42 per cent, its worst month in at least 10 years, as investors worry about potentially slowing sales and the distraction for founder Elon Musk of also running Twitter.

Southwest Airlines was another big faller, off 5 per cent, as the budget airline struggled with continued disruptions from the extreme weather that hit much of the US over the holiday weekend.

The tech gloom was however countered by gainers among companies likely to benefit from China’s decision to ease pandemic-related travel restrictions. Casino operator Wynn Resorts, which has a big presence in the gambling hub of Macau, topped the list S&P 500 winners with a gain of 5.3 per cent.

China’s CSI 300 closed 1.2 per cent higher on Tuesday. Most other markets in Asia, including Hong Kong and Australia, remained closed.

This year, global markets have been dominated by western central banks’ battle to curb high inflation via aggressive interest rate rises. Next year, some of the focus for investors is likely to shift to the impact of China’s rapid dismantling of Covid-era restrictions.

“The biggest story is what is happening in China — that’s giving a lift to Asian markets,” said Neil Shearing, chief economist at Capital Economics. One long-term impact is likely to be on the dollar, as nerves surrounding China have formed one key area of support this year.

“Generally when risky assets go up, safe assets like the dollar go down,” said Shearing, warning that “some optimism needs to be tempered though, [as] the path will be more bumpy than many are foreseeing”.

Elsewhere, UK markets were shut for a public holiday while in Europe, the Euro Stoxx 50 index closed 0.4 per cent higher.

Venues are re-opening, pushing Coke sales up 10% in Q4

News - September 17, 2022 0
In May 2017, Rosneft chief executive Igor Sechin came to Berlin to outline a five-year plan to double the Russian oil company’s investments in...

News - August 30, 2022 0
Microsoft has announced it will be fixed reportedly unfair licensing terms affecting some of its most popular software offerings.Earlier this year, discussions between the...

News - September 5, 2021 0
Sep 05, 2021, 08:28AM ISTSource: Times NowPakistan Army Chief General Qamar Javed Bajwa said that they will assist the Taliban to form an inclusive...
© 2022 Venture Current is a Flag Media LLC Publication. All Rights Reserved.
VC is part of the FLAG Token rewards network. Clients and partners can use FLAG Tokens for VC products and services.
VC runs 'Automatic' software. Stories posted here come from generic-topic Google news RSS feeds as well as client and partner-approved content.
If a story appears on this page that needs to be deleted due to licensing issues, please message us immediately so we can help you.