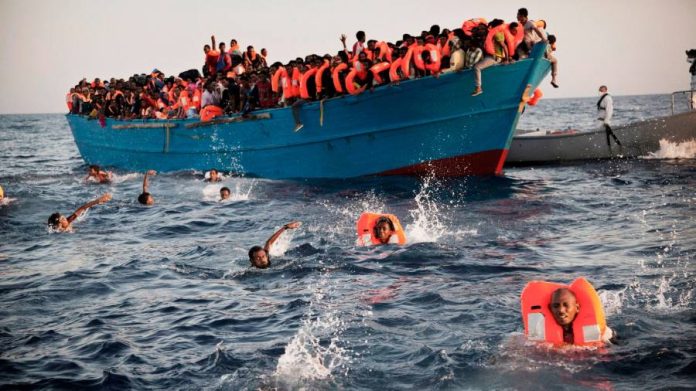 Kidane Zekarias Habtemariam, a notorious people smuggler, showed the extent of his powers two years ago when he was able to escape from the Ethiopian courthouse where he was being tried.

Before being sentenced in absentia to life in prison for human trafficking and extortion, the Eritrean national asked if he could go to the bathroom, according to multiple accounts. There, helped by two associates who had flown in from Sudan, he swapped his prison attire for civilian clothes and simply strolled out of the building.

The law caught up with Kidane last week when he was arrested in Sudan and deported to the United Arab Emirates, where prosecutors are considering charges related to money laundering.

Kidane is alleged to have financial ties to the Gulf state. In a 2021 communication to the International Criminal Court, based on victims’ testimonies, a group of human rights organisations said Kidane had bank accounts in Dubai “to which migrants and refugees and their families pay for their trip and ransom”.

“Smuggling and trafficking human beings is an appalling crime and we have now shut down one of the most important trafficking routes into Europe,” said Brigadier Saeed al-Suwaidi of the federal anti-narcotics unit at the UAE interior ministry. It sent “a strong message to human traffickers: we’re working together and coming for you, one by one”, he told a press conference after the capture.

Kidane is accused by authorities in the Netherlands of leading a criminal syndicate that employs violence and intimidation, including torture and rape, to traffic and exploit people fleeing the Horn of Africa. “He’s a vicious man,” said Meron Estefanos, an Eritrean activist due to testify against him in the Netherlands.

“He’s brutal, he’s not a human being, he’s an animal,” said a 20-year-old Eritrean woman who said she was held in captivity by Kidane in Libya between 2017 and 2018. “He burned me, not only my hair, my body as well. He did stuff to me I don’t want to remember.”

Emirati courts are also set to consider requests for Kidane’s extradition to Ethiopia as well as the Netherlands, which placed him on its most-wanted list in 2021 for alleged crimes against Eritrean migrants and refugees in Libya.

According to Dutch police, Kidane is head of a notorious camp in Libya where “thousands of migrants” face “severe beatings, kidnapping, rape and unlawful deprivation of liberty”. They arrive there after an arduous journey through Sudan, Chad or Niger with the hope of completing the passage and starting a new life in Europe.

“Many do not survive the journey to Europe, and even if they do . . . he extorts money from them by making them pay him for the next member of their family who is on their way,” Dutch police said in a statement.

Interpol, which has pursued Kidane since 2019, estimated that Kidane trafficked thousands of victims over a nine-year period. “His arrest will neutralise a major people smuggling route towards Europe and protect thousands who would have been at risk of exploitation,” Interpol said.

Kidane’s capture involved co-operation between Interpol and police in the UAE, Sudan, Ethiopia and the Netherlands. It was information passed by Interpol to the UAE that allowed for Kidane to be tracked to Sudan. Emirati officers then flew to Khartoum on January 1 after alerting the Sudanese authorities, who arrested Kidane. About 10 suspects were also arrested in the UAE on suspicion of related money laundering activities.

Demelash Gebremichael, commissioner-general of the Ethiopian Federal Police, said this “tremendous effort has led to the arrest of an international criminal sentenced to life in prison in Ethiopia. It’s a notable success.”

Kidane was adept at using false identification papers to evade detection while criss-crossing borders across Africa, according to Stephen Kavanagh, Interpol’s executive director of police services.

“This is just the beginning — when these networks become vulnerable, we have to push harder,” he said, pledging to target the broader ecosystem of collaborators around the human trafficking network.

Also this week, a man alleged to be Tewelde Goitom, a Kidane associate better known as Welid, appeared at a pre-trial hearing in the Netherlands claiming to be a victim of mistaken identity. Tewelde was sentenced to 18 years in prison in Ethiopia in 2021 and then extradited to the Netherlands. The defendant denies being Tewelde and a Dutch forensics lab is trying to confirm his identity.

The two men, Kidane and Tewelde, are accused by Meron and human rights groups of running their operations from a farm compound in Bani Walid, a town in western Libya described as a “ghost city” by migrants due to the large number of people who have disappeared there.

“Warehouses on the farm hold up to 1,200 people and are guarded by 70 armed men. Migrants and refugees report being tortured and starved on the farm. Some reported people suffocating and falling out of speeding trucks,” the human rights organisations told the ICC.

Bani Walid emerged as a smuggling hub in 2018 as the expansion of Islamist armed groups across eastern Libya forced smugglers to reroute there.

A UN panel of experts called Bani Walid “a major transit point for migrants and refugees from East and sub-Saharan Africa who originate from or travel through Sudan, Chad or Niger”, and described the “systematic” detention and abuse of migrants at its informal facilities. 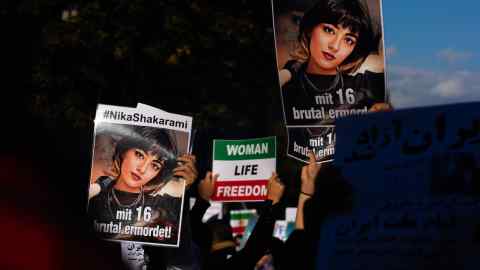 Marwa Mohamed, head of advocacy and outreach at rights group Lawyers for Justice in Libya, welcomed Kidane’s capture, but warned that much work still needed to be done.

“While the arrest of Kidane as a ‘big fish’ in the trafficking world is significant, this alone will not dismantle the trafficking networks or impact trafficking routes through Libya. Kidane was not operating alone,” she said.

“We saw trafficking and smuggling continue even while Kidane was on the run and hiding outside Libya. He was part of a wider large-scale system of migrant and refugee abuse in Libya that is still operating to this day.”

News - September 19, 2021 0
A prominent crypto strategist and trader says he’s pulling out of his altcoin positions as he believes Bitcoin and Ethereum are poised for a...

News - January 10, 2023 0
Beauty has come on leaps and bounds when it comes to diversity and inclusivity, yet there is one frontier it's still yet to fully...

News - July 4, 2022 0
An engineering vessel had suffered substantial damage and broke into two pieces during a typhoon last week.Twelve bodies have been found following a shipwreck...

How to track your heart rate on Pixel Watch

News - October 28, 2022 0
Smartwatches are used for many reasons, and each user values each feature differently. That's one of the things that makes these wrist computers so...
© 2022 Venture Current is a Flag Media LLC Publication. All Rights Reserved.
VC is part of the FLAG Token rewards network. Clients and partners can use FLAG Tokens for VC products and services.
VC runs 'Automatic' software. Stories posted here come from generic-topic Google news RSS feeds as well as client and partner-approved content.
If a story appears on this page that needs to be deleted due to licensing issues, please message us immediately so we can help you.