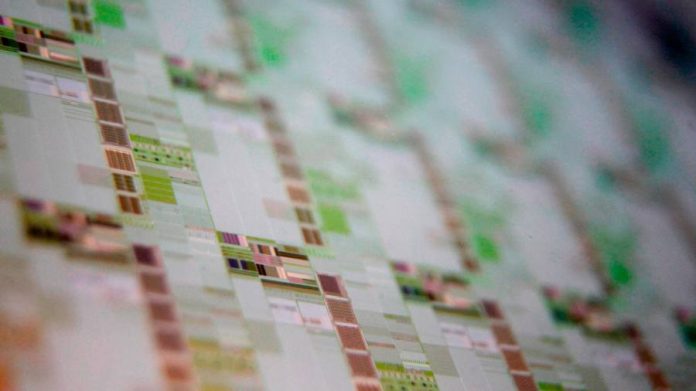 Contract chipmaker Hua Hong Semiconductor has long played second fiddle to China’s national champion Semiconductor Manufacturing International Corp in their home base of Shanghai, but US restrictions on advanced technology and Beijing’s yearning for chip self-sufficiency have thrust it into the spotlight.

Already listed in Hong Kong, China’s second-largest chip foundry received regulatory approval last month for a $2.5bn secondary listing in Shanghai on the tech-centric Star Market. Most of the funds to be raised are intended for upgrading and expanding its production facilities.

Hua Hong’s lack of cutting-edge technology has proved a boon rather than a handicap of late. During its third-quarter earnings call in November, the company said it had been barely affected by the actions of the US, as the chips it produces are several generations older than the latest microprocessors.

Industry experts said China had to re-evaluate its domestic semiconductor supply chain after Washington imposed curbs on the development of high-performance chips. Hua Hong’s focus on older chips could make it Beijing’s new favourite, with the benefits of policy support and funding to follow.

“Our years of pushing for localising advanced chip production had almost reached a dead end,” said a Shanghai-based government official who did not wish to be named. “The vulnerability of the localised semiconductor supply chain has been exposed by the latest restrictions on us accessing crucial US equipment.”

Washington introduced a series of sweeping restrictions in October, which have barred US companies from exporting technology for producing chips with features smaller than 14 nanometres, or 16nm in some cases. This made it much harder for leading producer SMIC to catch up with the advanced factories, or “fabs”, of competitors such as Taiwan Semiconductor Manufacturing Co.

Hua Hong told the Financial Times it had “always been in full compliance on rules and regulations with respect to export control” and would continue to try to attract investors domestically and globally because of the large capital expenditure required for capacity expansion.

Compared with SMIC, Hua Hong has adopted a different strategy of optimising its manufacturing techniques for the mature “nodes”, or generations, of its less-miniaturised chips in order to maximise the performance and reliability of its products. They have found wide use in the Internet of Things, 5G telecoms equipment and electric vehicle markets.

“Just try to squeeze the most juice out of the mature nodes,” said Douglas Fuller, an expert in China’s semiconductor industry at Copenhagen Business School. “That’s a sustainable path now when we count all the subsidies and the rate of return to society.”

Hua Hong has also acted to localise its suppliers in areas such as equipment and materials, according to three people familiar with the matter. In addition, it is giving domestic customers higher priority.

Earlier this year, the chipmaker cut orders several times from foreign customers in order to prioritise domestic companies as its production capacity became overstretched, according to four Hua Hong employees who did not wish to be named.

Hua Hong’s products for original equipment manufacturers are increasingly competing with Germany’s Infineon and Texas Instruments of the US.

“Many Chinese customers have replaced imported modules with homegrown ones since geopolitical tensions escalated,” said an executive from a power module company in the southern hub of Shenzhen. “So we are partnering with Hua Hong to pick up as many orders as possible.”

The executive, who preferred to remain anonymous, said Chinese manufacturers such as Hua Hong and SMIC were more co-operative and “more willing to come down in price” for the struggling chip market.

According to the Shanghai government official, one way to encourage core industry players to concentrate on basic chips was to accelerate the process for Hua Hong’s secondary listing. Almost 70 per cent of funds raised will be invested in its only 12-inch (300mm) wafer fab, in the eastern city of Wuxi, according to its prospectus.

A government adviser working with fabs across China who did not wish to be named said Hua Hong had been underrated in the past by industrial policymakers. It was seen as taking a less proactive role in research and development.

When the state-backed China Integrated Circuit Industry Investment Fund restructured its investment portfolio last year, it chose to divest Hua Hong shares. However, it returned in June with a $232mn investment.

Strong demand in its home market meant Hua Hong’s third-quarter results stood out among its foundry peers. Quarterly revenues grew 40 per cent year on year to $630mn, while net profits doubled to $104mn compared with the same period a year earlier.

News - May 4, 2022 0
The shirt worn by Diego Maradona when he scored the controversial “Hand of God” goal against England in the 1986 World Cup has sold...

Afghan woman finds herself in limbo amid Kabul airport chaos

News - August 16, 2021 0
With hundreds of Afghans rushing the tarmac of Kabul’s international airport desperate to flee the return of the Taliban, a young Afghan woman stood...

‘Partygate’ should prove fatal for a malevolent, cavalier Boris Johnson

News - September 17, 2021 0
Prime Minister Kim Boo-kyum (R) speaks during an interagency meeting on COVID-19 at the government office complex in Seoul on Friday. (Yonhap)Health authorities remain...
© 2022 Venture Current is a Flag Media LLC Publication. All Rights Reserved.
VC is part of the FLAG Token rewards network. Clients and partners can use FLAG Tokens for VC products and services.
VC runs 'Automatic' software. Stories posted here come from generic-topic Google news RSS feeds as well as client and partner-approved content.
If a story appears on this page that needs to be deleted due to licensing issues, please message us immediately so we can help you.