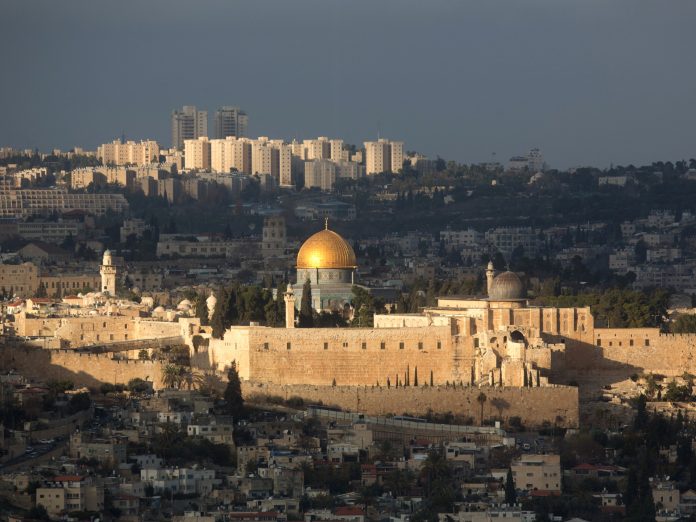 Israel’s far-right national security minister, Itamar Ben-Gvir has entered the compound that houses the Al-Aqsa Mosque in occupied East Jerusalem, in a move that threatens a backlash from Palestinians who have labelled the act an “unprecedented provocation”.

Ben-Gvir was seen touring the site on Tuesday under heavy security.

“Our government will not surrender to the threats of Hamas,” Ben-Gvir said in a statement published by his spokesman, after the Palestinian group that governs the besieged Gaza Strip warned such a move was a “red line”.

Israel’s opposition leader and former prime minister Yair Lapid had warned that such a visit by Ben-Gvir would spark violence.

The Palestinian Foreign Ministry said it “strongly condemns the storming of Al-Aqsa mosque by the extremist minister Ben-Gvir and views it as unprecedented provocation and a dangerous escalation of the conflict.”

Ben-Gvir was sworn in last week as part of a new government led by Benjamin Netanyahu that includes far-right and religious parties.

At the compound, Islam’s third holiest site after Mecca and Medina, only Muslim worship is allowed under the status quo. The Israeli far-right has been attempting to change this and allow Jewish prayer at the site, despite opposition from many ultra-Orthodox Jews and prohibition from leading rabbis.

Palestinians fear that this may lead to a change to the status quo, as far-right Israelis have been calling to build a Jewish temple on the site over the remains of the Al Aqsa Mosque.

Israeli media has reported that Netanyahu had been negotiating with Ben-Gvir after it emerged that he was planning to enter the site.

“Any escalation in Al-Aqsa Mosque will explode the situation and the occupation government will be responsible for this,” Hamas spokesman Abdel-Latif al-Qanoua said in a statement published Monday.

Ben-Gvir holds far-right views on the Palestinians and has called for their displacement. He has repeatedly joined Israeli settlers in storming the Al-Aqsa Mosque compound. He also caused a wave of escalation in the occupied city after setting up an office in February in the Sheikh Jarrah neighbourhood, where Palestinians face mass expulsion.

Ben-Gvir was also notorious for displaying on his wall a picture of Baruch Goldstein, the American Israeli who massacred 29 Palestinian worshippers at the Ibrahimi Mosque in Hebron in 1994.

Last November, Israeli President Isaac Herzog warned in a leaked audio that “the whole world is worried” about Ben-Gvir’s views.

Earlier on Tuesday, Israeli soldiers shot and killed a Palestinian teenager in the occupied West Bank, Palestinian health officials and witnesses said. There was no immediate comment on the incident from the Israeli army.

Not discriminatory to Chinese travelers

News - January 11, 2023 0
South Korea on Tuesday hit back at claims that its Covid rules for Chinese travelers are "discriminatory," saying more than half of its imported...

News - July 18, 2022 0
Boris Johnson has easily survived a vote of no confidence in the House of Commons, but the prime minister used a swansong debate to...

News - January 3, 2022 0
Apple is gradually transitioning to its custom silicon from Intel. While the transition is still not complete, we are expecting the company to introduce...

All White Bathrooms On Trend For 2022: 11 CA Homes Showcased

News - February 4, 2022 0
CALIFORNIA — Whether you are remodeling your home to enjoy it for the rest of your life, or fixing it up to sell, it's...
© 2022 Venture Current is a Flag Media LLC Publication. All Rights Reserved.
VC is part of the FLAG Token rewards network. Clients and partners can use FLAG Tokens for VC products and services.
VC runs 'Automatic' software. Stories posted here come from generic-topic Google news RSS feeds as well as client and partner-approved content.
If a story appears on this page that needs to be deleted due to licensing issues, please message us immediately so we can help you.