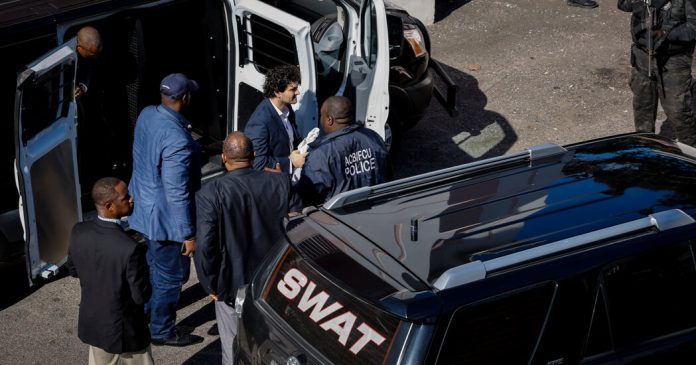 As the self-appointed standard-bearer for the crypto industry at large, Mr. Bankman-Fried was working to diversify the economy of an island that has long looked to expand beyond tourism, and that was punished by the decrease in visitors caused by the Covid-19 pandemic. He helped organize a spring crypto conference that brought in hundreds of well-heeled visitors. At Albany, the oceanfront compound where he and his associates lived, they were known as generous employers; one delivery driver said he was tipped more than $100 to take a modest Burger King order to a cryptocurrency investor there.

In some instances, residents’ attitudes reflect simple empathy. “I feel bad for him,” said Philip Butler, an elder at the Christian Life Church in Nassau.

FTX’s new chief executive, John J. Ray III, in congressional testimony this month accused the Bahamian authorities of illicitly withdrawing $100 million from the cryptocurrency exchange in the hours before it collapsed. Mr. Ray called the process “irregular,” and said the authorities had stonewalled his efforts to get answers. The securities regulator for the Bahamas denied that in a statement.

In the Bahamas, the overall crime rate is low, but those found guilty often receive long sentences. Fox Hill, where Mr. Bankman-Fried was held, is known locally as “Fox Hell.” It bursts with 1,400 prisoners — 40 percent more than it was built to house — and has limited running water, which often comes out brown, according to former prisoners and their families.

The Aftermath of FTX’s Downfall

The sudden collapse of the crypto exchange has left the industry stunned.

A former inmate released this year, Sean Hall, said a typical breakfast was grits with sardines, scooped into a moldy cup. For lunch, unseasoned ground meat with rice is common. Dinner is often not delivered at all. Violence was common, both at the hands of guards and fellow inmates.

By Fox Hill standards, Mr. Bankman-Fried received royal treatment. He was held in the prison’s medical wing with as many as five prisoners in a dormitory-style room that was under constant supervision, according to the administrator. A vegan, he was given toast and jam for breakfast; for lunches and dinners, he had stewed greens and other vegetables.

Still, the prison conditions weighed on Mr. Bankman-Fried’s decision to cut a deal with U.S. prosecutors to be extradited to the United States, according to a person briefed on the discussions.

Russia’s Lavrov issues ultimatum to Ukraine: ‘For your own good’ | Russia-Ukraine war News

News - December 26, 2022 0
Deployment of weapons comes amid Moscow’s increasing pressure on Minsk to aid its invasion of Ukraine.The Iskander tactical missile systems and the S-400 air...

News - October 17, 2022 0
An economic Suez. For once, comparisons with the humiliation suffered by Sir Anthony Eden’s government in 1956 are appropriate because within 72 hours of...

ECB and UniCredit clash over capital plans and Russia presence

News - November 6, 2022 0
The European Central Bank has clashed with UniCredit over the Italian lender’s plans to return cash to shareholders and its failure to leave Russia,...
© 2022 Venture Current is a Flag Media LLC Publication. All Rights Reserved.
VC is part of the FLAG Token rewards network. Clients and partners can use FLAG Tokens for VC products and services.
VC runs 'Automatic' software. Stories posted here come from generic-topic Google news RSS feeds as well as client and partner-approved content.
If a story appears on this page that needs to be deleted due to licensing issues, please message us immediately so we can help you.