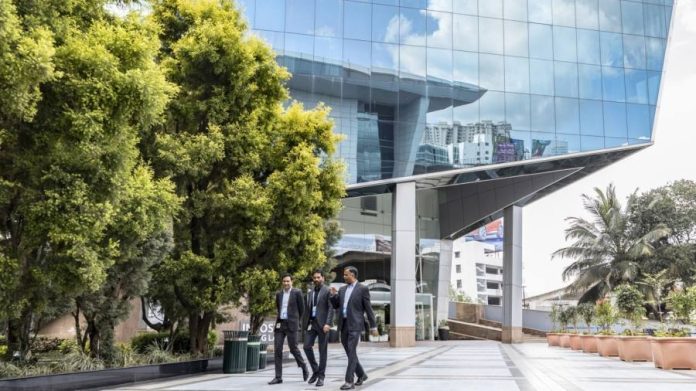 Suraj logged on to the Slack online platform in September at the cryptocurrency start-up where he worked and realised the number of employees in the channel had plummeted. Hours later, he too was abruptly blocked.

“I had been promoted and I was due a hike,” said the 40-year-old senior business development executive who lives in India’s tech capital Bangalore and who asked not to use his real name to avoid damaging future employment chances.

Suraj is one of up to 25,000 people to lose their jobs in India’s previously booming tech sector this year, according to estimates by specialist recruiter Xpheno. A slowdown in funding has slashed budgets and competition from established IT services companies has reduced.

This year’s job cuts reflect a funding crunch in India’s once-thriving tech scene. The country’s start-ups raised $24.7bn in funds from January to November this year, according to data provider Tracxn, a 35 per cent drop compared with the same period the previous year when start-up funding hit record highs.

“Startups are taking unit economics more seriously, which has been illustrated through the series of mass lay-offs,” said Neha Singh, Tracxn’s co-founder.

The trend mirrors a wave of tech job cuts around the world, with US giants such as Amazon and Meta among those to downsize in response to a global economic slowdown.

Over the past decade, Silicon Valley groups had ramped up hiring in India, attracted to its surfeit of computer programmers and science graduates, helping to further develop the country’s tech sector, particularly around Bangalore.

But now, as Suraj has found despite a MBA from a reputable business school, getting a new role is difficult. Tracking by jobs site FoundIt showed the IT industry’s hiring activity in India had recovered slightly last month but was still down 14 per cent year on year. At the same time, Xpheno data showed a “52 per cent spike in jobseeker activity” in the IT sector in November, underscoring the mismatch in supply and demand.

The hiring slowdown comes amid mass job cuts by India’s best-known start-ups. SoftBank-backed hotel booking group Oyo is cutting 10 per cent of its 3,700 workforce, the company said this month. Tiger Global-backed edtech Byju’s, which sponsored the 2022 World Cup, said it would fire 5 per cent of its 50,000 employees. Listed food-delivery app Zomato said less than 3 per cent of its workforce had been let go in “performance-based churn”. Zomato does not make its employee numbers public.

Some observers blame tech investors such as SoftBank and Tiger Global, which invested heavily in budding Indian firms and encouraged them to spend cash in the search for growth above profits.

“I’m sure tech companies across the board overstaffed but that’s a factor of how much money they had access to,” said Nikhil Kamath, co-founder of online brokerage Zerodha and asset manager True Beacon. “I often blame the venture capital and the PE money because they push a lot of start-ups to spend the money as quickly as they can.”

However, demand for developers and software engineers remained high in India, said people in the industry.

For people with experience in tech and product roles, “there’s like 10 [companies] waiting to hire them”, said Sanjay Swamy, managing partner at Prime Ventures in Bangalore, but he added that those in sales and support staff have had a harder time getting new jobs.

“Salary increases have slowed down . . . but they had got so crazily overheated,” he added.

The booming start-up sector, with nascent companies from online learning to fintech, had looked for experienced workers from India’s powerhouse IT outsourcing firms, which include Infosys and Tata Consultancy Services, one of India’s biggest listed firms by market capitalisation.

The competition for talent had given employees greater power in the hiring process. Just a year ago, workers at IT outsourcers were negotiating salary hikes of 60-70 per cent for a lateral job move, according to research by Jefferies. That has now eased to 20-30 per cent, the bank has found.

Suraj remarked that a few months back, his LinkedIn feed had been filled with workers complaining about being let go. “Now people are thanking HR for the beautiful onboarding process,” he joked, demonstrating how power has swung back to employers.

Meanwhile, hiring in India by Big Tech companies such as Amazon, Apple, Facebook parent Meta, Netflix and Google parent Alphabet has plummeted. There were 9,000 active job postings by these companies in August, Xpheno said. That number is now below 2,000.

Amazon has closed several businesses in India in the past few months, including edtech and food delivery ventures. As part of its global restructuring, Twitter laid off entire teams in India, including public relations.

“When I got fired, I regretted not having joined Instagram,” said Suraj. “Then Meta fires people and I’m like OK . . . nowhere’s safe anymore.”

News - November 25, 2021 0
Joe Biden’s lack of ambition in finding a diplomatic breakthrough with North Korea has left some South Koreans missing the flamboyant summitry of Donald...

Inside the startups bringing more women to the (cap) table

News - May 2, 2022 0
In-home virtual reality gaming has come forward in leaps and bounds over the past few years. The great success of easy to use wireless...

Ethiopia using rape as a strategy in Tigray war – Amnesty

News - September 30, 2021 0
The term “heart health” really refers to the entire cardiovascular system because if the “pipes,” your blood vessels, get clogged then the “pump,” your heart, will not work well.
© 2022 Venture Current is a Flag Media LLC Publication. All Rights Reserved.
VC is part of the FLAG Token rewards network. Clients and partners can use FLAG Tokens for VC products and services.
VC runs 'Automatic' software. Stories posted here come from generic-topic Google news RSS feeds as well as client and partner-approved content.
If a story appears on this page that needs to be deleted due to licensing issues, please message us immediately so we can help you.