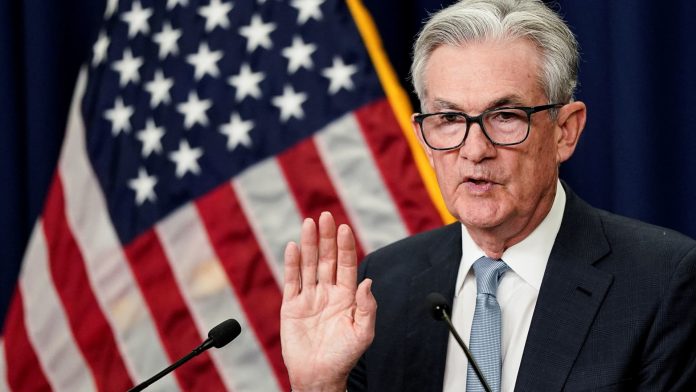 The stock market initially soared Tuesday after a softer-than-expected report on November consumer prices gave investors hope that the worst of the decades-high inflation might be behind us. While that may still be the case, equities later gave up most of their gains ahead of the Federal Reserve’s highly-anticipated interest rate decision Wednesday afternoon. We’re now hoping the S & P 500 ‘s most recent closing low — 3,577 on Oct. 12 — holds as the bear market bottom. While still down 16% from its Jan. 3 record close, the index has bounced around 11% from those mid-October levels. Where the market goes from here depends largely on the Fed. The Fed’s fight against inflation this year has been 1 head of the 3-headed dragon keeping markets from making a meaningful move higher. The other two are China’s strict approach to Covid-19 and Russia’s war in Ukraine. Back in June , we said that a resolution on two, or even one, of these factors might be enough to turn the tides on Wall Street. Here we are about six months later, and it’s starting to look like two of them — inflation and China — may be swinging in favor of the bulls. Fed & inflation While Tuesday’s consumer price index (CPI) was still very high from a historical perspective, the annual rate is tracking in the right direction and indicates that the Fed is winning its war on inflation. That doesn’t mean the central bank is about to pivot, but it does mean that they can start to take their foot slowly off the economic brakes. Following the CPI report, the market odds increased further for a 50-basis-point rate hike at Wednesday’s conclusion of the Fed’s two-day December meeting . However, more importantly, the odds of an even smaller 25-basis-point hike at the Fed’s February meeting have jumped from 35% to 57%, according to CME FedWatch Tool. The current range on the central bank’s policy rate is 3.75% to 4%, following 4 straight hikes of 75 basis points each in June, July, September and November of this year. The Fed’s tightening cycle began with a 25-basis-point hike in March — its first hike in more than three years — to a range of 0.25% to 0.5%, followed by a 50-basis-point increase in May. While we aren’t out of the woods yet on inflation, we are at the point where we can see the other side. Tuesday’s CPI reading is certainly a win for the bulls to latch on to as a reason to slow the pace of rate hikes. We wouldn’t be surprised to see the bank’s tone remain hawkish, but we think that will prove something of a counterbalancing force against a likely slower pace of hikes. The economy still needs to see food prices cool off — and more importantly, and unfortunately, further layoffs are needed to put a cap on wage inflation. As the Fed can’t control the supply side, it’s trying to break demand. To do so, they are making debt — be it credit cards, auto loans or mortgages — less affordable through higher interest rates. China & Russia The Chinese government has moved this month to significantly roll back its zero-Covid policy , which has included ongoing lockdowns over the past three years that dramatically hampered the world’s second largest economy. Despite another surge in cases, Beijing appears to be sticking with easing its Covid restrictions and opening up its economy. Meanwhile, Russia’s war in Ukraine rages on, destabilizing eastern Europe and exacerbating energy market volatility. A ceasefire does not seem to be in sight. Russia says Ukraine must recognize the annexed territories of Kherson, Zaporizhzhia, Donetsk and Luhansk to make progress on settlement talks. For its part, Ukraine says it won’t consider any ceasefire or peace deal that requires it to cede territory to Russia, which launched an unprovoked invasion on Feb. 24. Bottom line Moderating inflation and easing China restrictions show we are making progress on 2 of the 3 key headwinds. We will continue to watch the situation in Ukraine for signs of a potential resolution. However, since the Fed’s rate hikes thus far are still working their way through the economy, there has been an undercurrent in the market that the seeds for a recession next year have already been planted. To that end, some analysts and investors argue that even if the Fed were to wind down its tightening cycle, the damage to the economy has already been set in motion. (See here for a full list of the stocks in Jim Cramer’s Charitable Trust.) As a subscriber to the CNBC Investing Club with Jim Cramer, you will receive a trade alert before Jim makes a trade. Jim waits 45 minutes after sending a trade alert before buying or selling a stock in his charitable trust’s portfolio. If Jim has talked about a stock on CNBC TV, he waits 72 hours after issuing the trade alert before executing the trade. THE ABOVE INVESTING CLUB INFORMATION IS SUBJECT TO OUR TERMS AND CONDITIONS AND PRIVACY POLICY , TOGETHER WITH OUR DISCLAIMER . NO FIDUCIARY OBLIGATION OR DUTY EXISTS, OR IS CREATED, BY VIRTUE OF YOUR RECEIPT OF ANY INFORMATION PROVIDED IN CONNECTION WITH THE INVESTING CLUB. NO SPECIFIC OUTCOME OR PROFIT IS GUARANTEED.

U.S. Federal Reserve Board Chairman Jerome Powell takes questions from reporters after the Federal Reserve raised its target interest rate by three-quarters of a percentage point to stem a disruptive surge in inflation, during a news conference following a two-day meeting of the Federal Open Market Committee (FOMC) in Washington, June 15, 2022.

The stock market initially soared Tuesday after a softer-than-expected report on November consumer prices gave investors hope that the worst of the decades-high inflation might be behind us. While that may still be the case, equities later gave up most of their gains ahead of the Federal Reserve’s highly-anticipated interest rate decision Wednesday afternoon.

Another big Fed rate hike is coming. But how many more after that?

News - June 12, 2022 0
More rate hikes are likely in the coming months because Jerome Powell and the rest of the Fed can't declare victory against rampant inflation...

News - October 17, 2021 0
An observant Catholic father of seven, Marki-Zay, 47, presented himself as the stronger of two finalists to run against Orban because he would be...

It’s ‘reasonable to be worried’

News - April 22, 2022 0
CNBC's Jim Cramer on Friday advised investors to buy stock of Excelerate Energy while it's a steal."The stock's a bit cheaper than Cheniere Energy,...
© 2022 Venture Current is a Flag Media LLC Publication. All Rights Reserved.
VC is part of the FLAG Token rewards network. Clients and partners can use FLAG Tokens for VC products and services.
VC runs 'Automatic' software. Stories posted here come from generic-topic Google news RSS feeds as well as client and partner-approved content.
If a story appears on this page that needs to be deleted due to licensing issues, please message us immediately so we can help you.