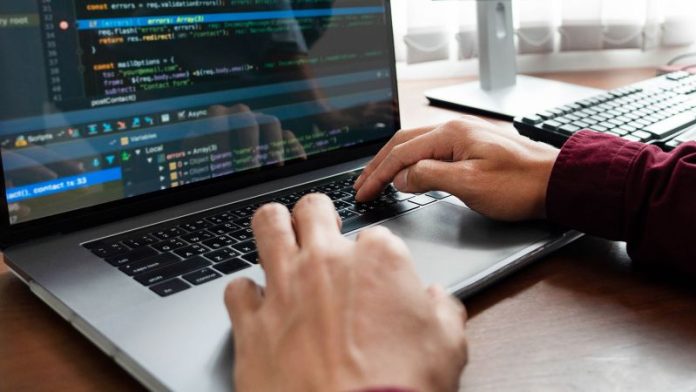 A Washington man allegedly transferred thousands of dollars from his employer into a personal account after being inspired by the 1999 cult movie “Office Space,” according to an arrest report by the Seattle Police Department.

Ermenildo Valdez Castro, 28, worked for the online retailer Zulily as a software engineer from December 2018 until he was fired in June, according to police.

“Starting in the spring of 2022, Castro began editing Zulily’s software code in ways that allowed him to steal from the company,” the police report said.

Police said Castro inserted three types of malicious code in the checkout process at Zulily and by using those methods, “stole a combined $302,278.52 before he was terminated in June 2022.”

Zulily’s fraud team was able to discover a pattern of price adjustments on several products that were sold by the company, which police said were ordered by Castro and shipped to his residence, the report said.

A OneNote document on Castro’s work laptop called “OfficeSpace Project” was found through the investigation, and in it, a “scheme to steal shipping fees,” was outlined, according to the report.

The police report also notes the plot of the movie “Office Space” revolved around engineers who produced a plan to move fractions of cents into a personal bank account.

Castro was contacted by police and arrested on June 21. On that date he spoke with detectives after being read his rights. During that interview he “confirmed that he named his scheme to steal from Zulily after the movie,” police said.

Castro also told authorities he placed orders for over 1,000 items that were shipped to his house, and that they were part of a “testing process that Zulily was aware about, but he claimed that there was a script that was to be run shortly thereafter that would essentially cancel the order and ensure the orders did not process,” the report said.

“He said the test orders would have to be billed to a personal credit card, thus his changing of the items’ prices, as to avoid incurring a large expense on his personal credit card. He said he forgot to run the script; therefore, the orders shipped. He admitted that he did not ever notify Zulily staff of the orders being delivered,” the police report said.

Castro also told police he threw many of the items away once he was fired.

“When asked why he never returned the items to Zulily, he said that once they fired him, his opinion was, ‘F**k ‘em,’” the report said.

As of Friday afternoon, the King County Superior Court Clerk’s Office website did not list an attorney for Castro.

Pope Francis to begin Canada trip by apologizing to Indigenous

News - July 23, 2022 0
Pope Francis is slated to begin a weeklong, whirlwind visit to Canada on Sunday, where he’ll meet with Indigenous communities and formally apologize for...

Winter is here! PE/VC funding to Indian startups slowed more than 20% in first...

News - October 3, 2022 0
With the pandemic receding and inflation rising, central banks have been rolling back excess liquidity from the banking system and are raising rates to...

News - November 5, 2021 0
Inexorably, markets are moving, even if the Bank of England isn’t. Governor Andrew Bailey had teased them by suggesting recently the Bank would “have...

News - November 25, 2022 0
An electronic board showing the Korea Composite Stock Price Index at a dealing room of the Hana Bank headquarters in Seoul on Friday. (Yonhap)Seoul...

News - November 19, 2022 0
The head of Japan’s travel agents’ association has warned that the post-pandemic recovery of the country’s tourism industry will hinge on whether it can...
© 2022 Venture Current is a Flag Media LLC Publication. All Rights Reserved.
VC is part of the FLAG Token rewards network. Clients and partners can use FLAG Tokens for VC products and services.
VC runs 'Automatic' software. Stories posted here come from generic-topic Google news RSS feeds as well as client and partner-approved content.
If a story appears on this page that needs to be deleted due to licensing issues, please message us immediately so we can help you.