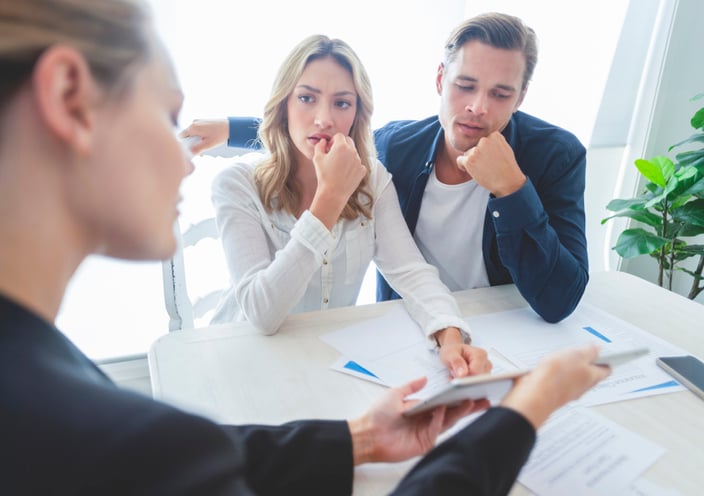 For months on end, Americans have been on the edge of their seats just wondering whether a recession will hit in 2023, and just how bad it will be. In fact, financial experts have been sounding warnings for months about a broad economic decline. And at this point, a lot of them are downright convinced that things will worsen in the new year.

But one investment bank isn’t as convinced. Recently, Goldman Sachs put the likelihood of a 2023 recession at 35%. Clearly, that doesn’t indicate that a downturn is completely off the table. But 35% is nowhere close to 100%. And that’s something consumers can take some comfort in.

At the same time, it’s important to acknowledge that no financial expert has a crystal ball. And so it’s difficult, if not impossible, to predict how things will play out economically speaking in 2023. That’s why your best bet may be to prepare for a recession just in case.

Gearing up for a downturn

One of the most important steps you can take to be recession-ready is to shore up your emergency fund. If you don’t have enough money in your savings account to cover three full months of living costs, make every effort to boost your personal cash reserves.

But even if you have saved enough to pay for three months of expenses, you may want to boost your emergency fund beyond that point. If a recession hits and unemployment levels explode, you may find yourself out of a job for well more than three months.

Just think back to what happened in 2020 when the COVID-19 pandemic erupted. Granted, that situation was fueled by an extreme health crisis, but many people who lost their jobs in March or April of 2020 were still unemployed by the time 2020 came to an end. The situation got so bad that lawmakers approved not one, but three rounds of stimulus checks just to help Americans stay afloat and lift the economy back up.

If a recession hits in 2023, it may not cause nearly the same level of disruption. But it’s a good idea to err on the side of having extra money in savings just in case.

Another move worth making? Get yourself a side job. It can not only help you boost your savings, but also, serve as a backup income source in case you wind up out of a job down the line.

It pays to be optimistic

A recession is not guaranteed to happen in 2023, and there’s nothing wrong with being hopeful that economic conditions won’t decline. Clearly, even Goldman Sachs isn’t convinced that we’re headed for a period of major economic unrest.

At the same time, it’s wise to set yourself up to get through a recession — even if we don’t end up experiencing one in 2023. You never know when your own personal financial situation might take a turn for the worse. And the more you’re able to shore up your savings, the more protection you’ll end up buying yourself.

News - October 26, 2022 0
Fears are rising that a major event on Ukrainian soil in the near future will be a Russian “false flag” operation as Moscow looks...

News - November 3, 2021 0
Proposed European regulation that could force Apple to allow iPhone users to install software from the web would open '"Pandora's box" and could...

News - May 17, 2022 0
BEIJING (AP) — Elon Musk’s ties to China through his role as electric car brand Tesla’s biggest shareholder could add complexity to his bid...

Google plots 100Gbps fiber broadband in the US • The Register

News - September 29, 2022 0
Google is planning to offer much faster broadband speeds in the US areas where it operates its fiber networks, all the way to 100Gbps. Google...
© 2022 Venture Current is a Flag Media LLC Publication. All Rights Reserved.
VC is part of the FLAG Token rewards network. Clients and partners can use FLAG Tokens for VC products and services.
VC runs 'Automatic' software. Stories posted here come from generic-topic Google news RSS feeds as well as client and partner-approved content.
If a story appears on this page that needs to be deleted due to licensing issues, please message us immediately so we can help you.