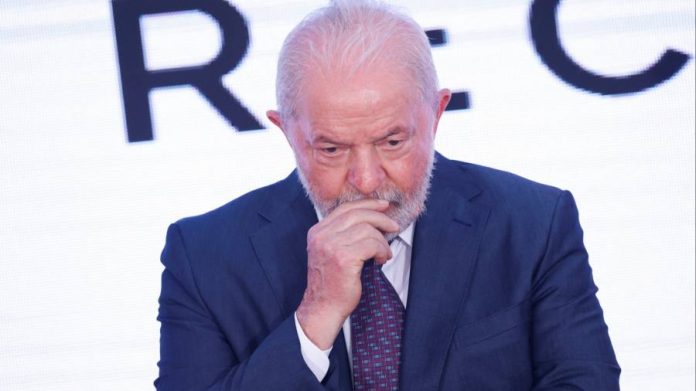 Shares in several of Brazil’s large state-controlled companies, including Petrobras and Banco do Brasil, have endured a week of swings as investors worry that the new administration of Luiz Inácio Lula da Silva will take a more interventionist approach.

Petrobras, Latin America’s largest energy group, at one point plunged more than 10 per cent on the São Paulo stock exchange after Lula used one of his first decrees as president to end plans for the privatisation of the $60bn oil and gas producer.

The move followed Lula’s nomination of Jean Paul Prates, a senator in his Workers’ party, to be the next chief executive of Petrobras. Prates has backed Lula’s calls for the hydrocarbon producer to change how it charges for fuels and play a greater role in the clean energy transition.

As he vowed to reduce poverty for Brazilians in his inaugural speech on Sunday, Lula said that “public banks, especially [state development bank] BNDES, and companies that promote growth and innovation, such as Petrobras, will play a fundamental role in this new cycle”.

The declaration sent shares in the state-controlled Banco do Brasil down by more than 6 per cent in the first two trading sessions of the year, before they regained ground later in the week. There was also a drop in listed insurer Caixa Seguridade, an arm of publicly-owned lender Caixa Econômica Federal.

“Investors are concerned about Lula’s control over state-owned enterprises [and whether he] will use them to implement social policy at the expense of economic efficiency, and ultimately hurt their profitability,” said Jared Lou, a portfolio manager at William Blair Investment Management.

Since Lula’s narrow election victory over rightwing incumbent Jair Bolsonaro in October, the local Bovespa equity index is down 6 per cent.

Luiz Fernando Figueiredo, a former central bank director and founder of hedge fund Mauá Capital, said the chance of cheap credit being expanded was “very high” and this could result in “chicken flight growth,” referring to bursts of growth that are followed by a slump.

“[If] you expand credit in a subsidised way, it really hinders the central bank and leads to higher interest rates, which costs a lot more for all of us,” he said.

Rio de Janeiro-headquartered Petrobras, in which the Brazilian state has a controlling stake, is another likely battleground between Lula and investors. After being almost bankrupted during the former Rousseff administration by a combination of subsidised fuel, poor investments and a corruption scandal, the company has regained ground in recent years.

Through divestments and a focus on its rich offshore crude reserves, it is now reporting bumper profits and dividends, which investors fear could be at risk.

Lula has pledged to alter the company’s pricing policy — which currently pegs fuel rates to international benchmarks — in order to lower bills for consumers. He has also vowed to invest more in refining facilities.

“The headlines point to a company which may be OK over time, but will most likely be encouraged or directed to invest into things which potentially have a lower return, compared to the upstream exploration and production that Petrobras has been focusing on,” said Eduardo Figueiredo, head of Brazilian equities for UK fund manager Abrdn, which reduced its Petrobras holding after the election in October.

“Investments into refining historically have been very negative for value creation, or even value destructive for the company,” he added.

Petrobras stock recovered somewhat after Prates, whose appointment is yet to be confirmed by the company’s board, insisted it would not decouple fuels from international rates.

Tiago Cunha, a portfolio manager at Ace Capital, which sold its Petrobras holdings after the election, said while Lula’s focus on social responsibility might sound good to ESG investors, “it is important to remember his track record on each of these topics during previous terms in office”.

“There is no doubt companies today should be socially responsible. The problem is: what is the limit between being socially responsible and the use of company cash flow for populist measures? Is it fair to use minority shareholder’s investments for governmental policies?”

Not all investors are worried, however. US investment firm GQG Partners recently disclosed it had built a stake above 5 per cent in Petrobras, making it one of the biggest minority shareholders.

“It’s an impressive turnaround story [at Petrobras] so why would Lula want to ruin that? Especially because the government is the largest shareholder and benefiting from the dividend payouts. We think the fears are overblown,” said Polyana da Costa, a GQG analyst.

Cathie Wood has steps down

News - September 23, 2022 0
According to a regulatory filing, ARK Invest founder and CEO Cathie Wood has stepped down from her role as the portfolio manager at two of...

News - January 21, 2022 0
If you’re planning on taking over the world, you want to start by making quite a statement. According to the alien parasite known as...

News - September 22, 2021 0
US budget updatesSign up to myFT Daily Digest to be the first to know about US budget news. The Democratic-controlled US House of Representatives passed...

News - September 9, 2021 0
© 2022 Venture Current is a Flag Media LLC Publication. All Rights Reserved.
VC is part of the FLAG Token rewards network. Clients and partners can use FLAG Tokens for VC products and services.
VC runs 'Automatic' software. Stories posted here come from generic-topic Google news RSS feeds as well as client and partner-approved content.
If a story appears on this page that needs to be deleted due to licensing issues, please message us immediately so we can help you.