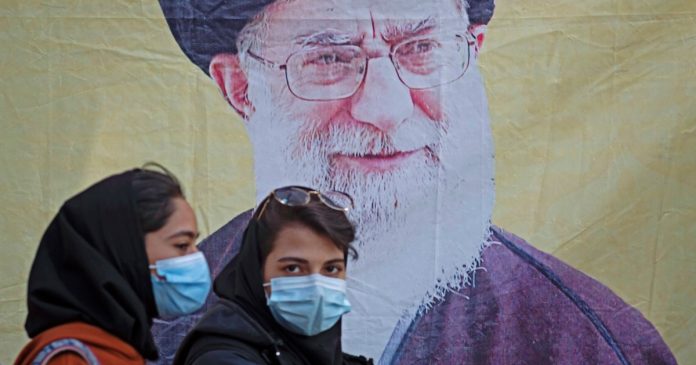 While his comments were vague and did not promise to change the existing laws, they were a recognition of how potent the issue of the hijab remains, according to Abbas Milani, the director of Iranian studies at Stanford University.

“I think he knows how pervasive women’s rejection of compulsory hijab has been,” he said.  “He is trying to convince the diminishing diehard supporters that the game is not up.”

Since September, women across Iran have been defying strict hijab rules amid the demonstrations —  the most serious challenge to the Islamic Republic since its establishment in 1979. While the movement has morphed into a broad-based demand for change, the hijab, or head covering that women are required by law to wear, remains a potent symbol and rallying cry.  Images of protesting women and girls removing their coverings, showing their hair and even burning their headscarves became common after the demonstrations began.

Meanwhile, the government has violently cracked down on protests and arrested demonstrators. In the past weeks, judges have handed down at least 26 death sentences, according to the international rights group Amnesty International.

The U.S.-based Human Rights Activist News Agency, or HRANA,  estimates that more than 18,000 people have been arrested. Iran’s judiciary spokesperson has announced the number to be more than 1,000, according to IRNA.

A number of celebrities have also been detained. Taraneh Alidoosti, one of Iran’s most famous actors, was arrested last month after posting a picture of herself on her Instagram page not wearing a hijab while holding a banner with what has become the slogan of the uprising: “Woman, Life, Freedom.”

According to ISNA, a semi-official news agency, she was released Wednesday after her friends and family posted bail.

In his speech, Khamenei also criticized the West for its treatment of women. Women in the West are “alienated,” he said, adding that the “Western capitalist system is a patriarchal system,” according to Mehr News Agency.

Sanam Mahoozi is a freelance writer based in London.

Definition, Strategies, How to Invest

News - August 25, 2021 0
Afghanistan updatesSign up to myFT Daily Digest to be the first to know about Afghanistan news. The risk of a terrorist attack at Kabul airport...

News - July 28, 2022 0
WASHINGTON — Early in her tenure as chair of the Federal Trade Commission, Lina Khan declared that she would rein in the power of...

News - January 8, 2022 0
GameStop is getting into the NFT sector by creating a marketplace for the non-fungible...
© 2022 Venture Current is a Flag Media LLC Publication. All Rights Reserved.
VC is part of the FLAG Token rewards network. Clients and partners can use FLAG Tokens for VC products and services.
VC runs 'Automatic' software. Stories posted here come from generic-topic Google news RSS feeds as well as client and partner-approved content.
If a story appears on this page that needs to be deleted due to licensing issues, please message us immediately so we can help you.