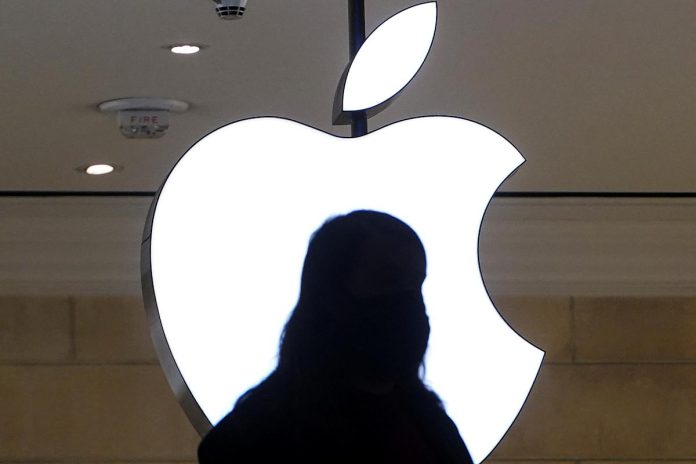 Investors are growing pessimistic about tech firms — and on Apple (AAPL) in particular. The company’s market value dipped below $2 trillion for the first time since last spring on Tuesday.

Dan Ives of Wedbush Securities shares their concerns. In a note to investors, he lowered his price target for Apple from $200 to $175. Still, the firm maintains an Outperform rating, and Ives remains optimistic about the long-term for the stock.

“Tech is enemy number one on Wall Street. And Apple has a bullseye on its back, with fears around softening demand into 2023,” Ives told Yahoo Finance. But, as he said in the investors note: “We believe the overall demand environment is more resilient than the Street is anticipating.”

Apple proved more resilient than other tech companies in 2022. For instance, the company’s stock dipped around 30%, while Netflix (NFLX) and Facebook (META) declined by roughly 50% and 70%, respectively. The company’s last earnings report showed a year-over-year revenue increase of 8% to $90.1 billion, beating analysts’ expectations by 1.51 billion.

“Apple remains the laser focus of the tech bears as this name has held up much better than the rest of the beaten down tech sector over the past year,” Ives said.

But Apple has still faced challenges. COVID-19 restrictions have continued to disrupt the company’s China supply chains and inflationary pressures have analysts concerned the company could see a drop in demand. Like the rest of the country, it has faced fears of a recession and endured corporate layoffs — the company laid off 100 contract workers in August.

But Ives is confident the company will see relatively strong demand going forward.

“While roughly 8 million to 10 million iPhone units got pushed out of the December quarter due to supply chain issues, that should be a benefit in the March quarter as we do not see this demand evaporating but rather moving into 2023,” Ives said in the investor’s note.

He also pointed to the company’s strong global installed base, which grew 9.9% year over year to just over 2 billion in 2022, according to S&P global market intelligence.

“Our view is that it’s a Rock of Gibraltar stock that’s going to hold up better than the rest of tech, because of its installed base,” Ives told Yahoo Finance.

In his note, Ives added that Apple has 200 million+ iPhone units that have not been upgraded in roughly 4 years and several promising product launches on the horizon. For instance, Apple Glasses and the iPhone 15 will launch in 2023. Investors and consumers alike have been particularly excited about the former, which has been in the works for seven years, according to reporting by Bloomberg.

Though Ives conceded that economic headwinds like inflation could hurt the company, he said Apple remained his favorite tech name.

“In this macro, everyone’s going to get hit,” Ives said. “I just believe just these fears are more ominous than the reality.”

News - September 15, 2022 0
Russian soldiers abandoned valuable military equipment in haste as they fled the Ukrainian counteroffensive, according to British defense officials.In its daily assessment on Thursday,...

IonQ teaming with US Department of Energy to produce domestic barium qubits for quantum...

WNY man stuck in Florida as Southwest cancels over 1,000 flights

News - October 10, 2021 0
BUFFALO, N.Y. (WIVB) — Thousands of Southwest Airlines customers are stuck at the airport across the country this weekend. The airline says an issue...

News - August 22, 2021 0
Afghanistan updatesSign up to myFT Daily Digest to be the first to know about Afghanistan news. Seven Afghan civilians have been killed around Kabul international...
© 2022 Venture Current is a Flag Media LLC Publication. All Rights Reserved.
VC is part of the FLAG Token rewards network. Clients and partners can use FLAG Tokens for VC products and services.
VC runs 'Automatic' software. Stories posted here come from generic-topic Google news RSS feeds as well as client and partner-approved content.
If a story appears on this page that needs to be deleted due to licensing issues, please message us immediately so we can help you.