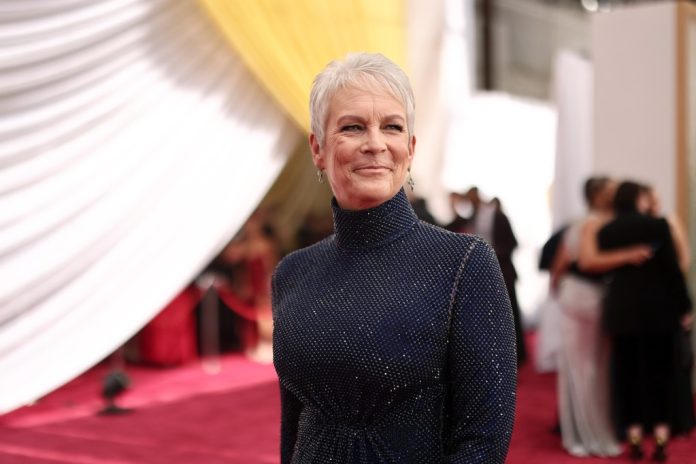 Actress Jamie Lee Curtis became the subject of controversy this week after she posted an Instagram that included photographer Betsy Schneider’s image of a child in a makeshift bathtub.

On Thursday, Curtis explained that she understood the initial Instagram, a view of an office that she had furnished with chairs used in her recent film Everything Everywhere All at Once, may have “disturbed some people.” While that since-deleted post from last week may have been intended to focus more on the chairs, conservative pundits latched onto the Schneider photograph hanging on a nearby wall.

Curtis did not name Schneider as the photograph’s maker, either in the original deleted post or in Thursday’s Instagram, saying only today that its unnamed creator had given her the work 20 years ago. “I took down the post because I didn’t want to keep something up that upset anyone,” Curtis wrote.

The image appears on Schneider’s website under the title The Tub (2003), as part of a series called “Sweet Is the Swamp.” It features a nude child photographed from above, crumpled up inside a basin filled with water. Around the basin lie shoes and a plastic toy fork.

When she won a Guggenheim Fellowship in 2011, Schneider wrote that the series “has drawn from my memory of my own childhood as well as my experience as a parent and as an artist to create images that I hope challenge and disturb traditional views of children and childhood.” Its subjects include her daughter and her son.

Schneider’s work is owned by institutions such as the Nelson-Atkins Museum in Kansas City and the Museum of Fine Arts Houston in Texas. She did not immediately respond to an emailed request for comment.

Conservative pundits began posting about Curtis’s Instagram, accusing her of doing harm to children. Rogan M. O’Handley, a lawyer and frequent guest on conservative talk shows who sometimes goes under the name DC Draino, tweeted to his 484,000 followers that the post was “extremely disturbing,” incorrectly claiming that Schneider’s image features a child stuffed in a suitcase. Stew Peters, a right-wing media personality who has regularly circulated misinformation about Covid-19, reiterated O’Handley’s claims, tweeting that Curtis’s post had “strong Epstein vibes.” Both tweets gained more than 20,000 likes each.

“It’s a picture of a child, taken by her mother, of her playing in their backyard in a tub of water,” Curtis wrote on Instagram on Thursday. “Nothing more, nothing less.”

News - May 10, 2022 0
Owocki was something of a rock star at the conference. He is credited with coining the term BUIDL in 2017. Admirers approached him nonstop...

News - August 5, 2022 0
For the most part, Coinbase (COIN 10.01%) generates revenue from...
© 2022 Venture Current is a Flag Media LLC Publication. All Rights Reserved.
VC is part of the FLAG Token rewards network. Clients and partners can use FLAG Tokens for VC products and services.
VC runs 'Automatic' software. Stories posted here come from generic-topic Google news RSS feeds as well as client and partner-approved content.
If a story appears on this page that needs to be deleted due to licensing issues, please message us immediately so we can help you.