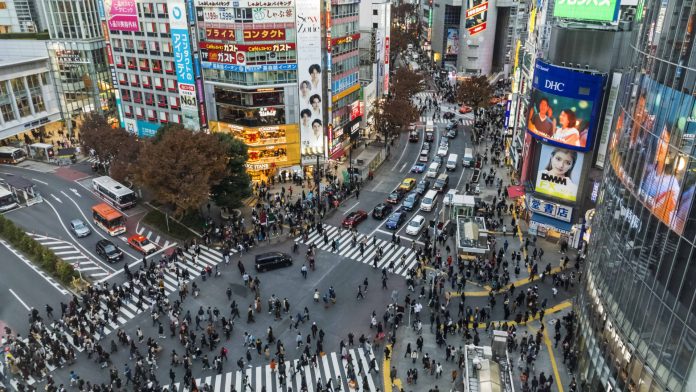 Tokyo is one of the most densely populated cities in the world, while rural areas of Japan are suffering with ageing populations and declining birth rates.

The Japanese government will give families up to 1 million yen ($7,670) per child if they opt to move out of Tokyo, according to multiple media reports.

The government was already offering 300,000 yen per child for families relocating to other parts of the country.

According to the Statistics Bureau of Japan, in 2021, 28.9% of Japan’s total population was at least 65 years old, marking a record high for the country. There were 14.78 million 0-14-year-olds in the same year, accounting for 11.8% of the total population, the lowest level ever recorded in Japan.

People living in 23 regions across Tokyo and local commuter hotspots will be eligible for the relocation money, according to a press release from the Kyodo news agency. The financial support is expected to be in place during the financial year of 2023.

Recipients of the money must live in their new region for at least five years while being employed and anybody breaching those rules would be asked to return the money.

Japan’s Cabinet Office did not immediately respond to a request for comment on the reported measure when contacted by CNBC.

Support is provided for children under 18 years old or those who are 18 but still in their final year of high school.

Japanese corporations “need to propose a much higher salary to attract people with special skillsets and try to improve competitiveness against competitors abroad, especially in the Asian nations,” Baba told CNBC’s “Squawk Box Asia” in April 2022.

The support program started in 2019, and in 2021 2,381 people moved out of metropolitan Tokyo and claimed the support, as reported by Kyodo News.

News - February 15, 2022 0
The difference between the pace of growth in developing and advanced economies is set to narrow to its lowest level this century. For emerging...

News - January 24, 2023 0
U.S. stocks on Tuesday took a breather after a two-day rally, with earnings from major companies starting to...

News - November 25, 2022 0
© 2022 Venture Current is a Flag Media LLC Publication. All Rights Reserved.
VC is part of the FLAG Token rewards network. Clients and partners can use FLAG Tokens for VC products and services.
VC runs 'Automatic' software. Stories posted here come from generic-topic Google news RSS feeds as well as client and partner-approved content.
If a story appears on this page that needs to be deleted due to licensing issues, please message us immediately so we can help you.