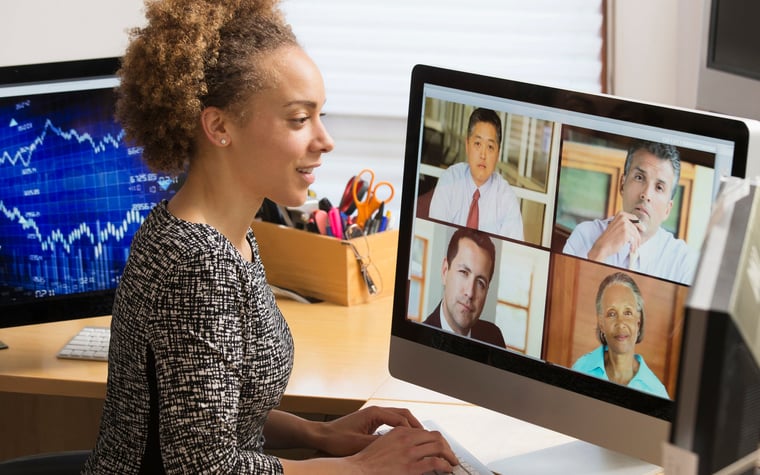 Employers added 223,000 more jobs in December, according to latest data from the Bureau of Labor Statistics. Unemployment fell slightly to 3.5% from 3.6% the month before, surprising many economists who had predicted the job market would weaken. “All told, employers added 4.5 million jobs in 2022, the second-best year of job creation after 2021, when the labor market rebounded from Covid-19 shutdowns and added 6.7 million jobs,” reported the Wall Street Journal.

At face value, a fall in unemployment numbers could translate into more job security in 2023. But it’s a bit more complicated than that. Employment data is an important economic indicator that’s closely watched, because there’s a close correlation between jobs, inflation, and interest rates.

The Federal Reserve has been trying to curb inflation by aggressively increasing rates, which has a knock-on effect on the economy and job market. Fed chair Jerome Powell has made it clear that he’ll do whatever it takes to get soaring prices under control, even if it triggers a recession. Unfortunately there’s a lag between rate hikes and any subsequent slowdown, making it difficult for the Fed to know when it’s raised rates enough — or whether it has gone too far.

This is why strong job data is a double-edged sword. It does mean more opportunities to earn extra cash in the short term. But if the Fed interprets stronger-than-expected jobs data as a sign that the economy is still too hot, it may hike rates further. Some economists say this could cause higher unemployment and more economic problems further down the line.

The Federal Reserve controls something called the federal funds rate, which has an effect on our loans, mortgages, and savings. Here are some of the ways that higher interest rates and uncertain economic conditions can impact our finances.

When the Fed raises rates, it becomes more expensive to borrow money. The idea is that this slows the economy because people and businesses may reduce their spending and borrow less.

If you carry a balance on your credit card or plan to take out a personal loan in the near future, you’ll likely pay a higher interest rate in 2023. It can sometimes take a few months for the Fed’s actions to impact the APY you pay on any money you borrow. The more debt you can pay off in the coming months, the better.

One positive aspect of higher interest rates is that savers can earn more. The APYs on top savings accounts are much higher than they were during the early phases of the pandemic, and could go even higher in 2023. It’s not only savings accounts, either; certificate of deposit (CD) rates are also increasing because of the Fed’s actions.

It’s tempting to see strong job figures and think that everything’s going to be OK next year. But given that many senior figures in banking and business think we may hit a recession, there’s no harm in being prepared. If you don’t have an emergency fund with three to six months’ worth of living expenses, try to sock away as much as you can.

News - August 27, 2022 0
American flags hang from the facade of the New York Stock Exchange (NYSE) building after the start of Thursday's trading session in Manhattan in...

News - December 26, 2021 0
Commercial airlines around the world canceled more than 4,500 flights over the Christmas weekend, as a mounting wave of COVID-19 infections driven by the...

News - March 5, 2022 0
City of London lawyers have moved quickly to sever ties with Kremlin-linked groups and oligarchs accused of propping up the Putin regime, ending what...

Stuart Kirk: ESG must be split in two

News - September 2, 2022 0
The writer is a former head of responsible investment at HSBC Asset Management and previous editor of Lex Many are surprised by the recent...
© 2022 Venture Current is a Flag Media LLC Publication. All Rights Reserved.
VC is part of the FLAG Token rewards network. Clients and partners can use FLAG Tokens for VC products and services.
VC runs 'Automatic' software. Stories posted here come from generic-topic Google news RSS feeds as well as client and partner-approved content.
If a story appears on this page that needs to be deleted due to licensing issues, please message us immediately so we can help you.