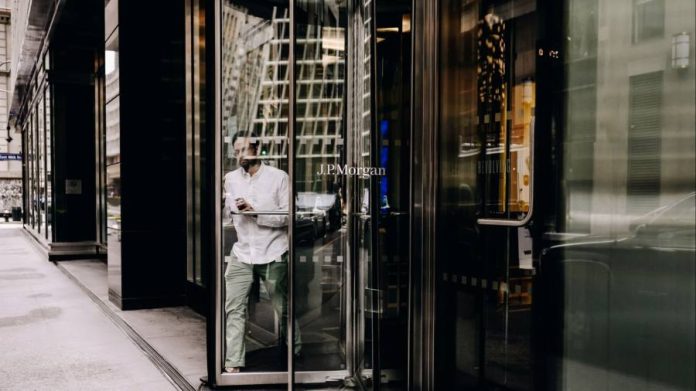 JPMorgan Chase said it might be forced to pay more for deposits this year in what analysts called “a warning shot for the entire industry”.

Like the rest of Wall Street, JPMorgan had benefited from Federal Reserve interest rate rises boosting net interest income — the difference in what banks pay on deposits and what they earn from loans and other assets.

In the fourth quarter, the bank raked in a record $20.2bn in net interest income, an increase of 48 per cent over the same period last year.

However, JPMorgan said it was expecting net interest income for 2023, excluding its trading division, to be about $74bn — well below what many analysts had been expecting, sending its shares down about 3 per cent on Friday morning in New York.

The guidance was “not only below consensus of $75.5bn, but below the bullish buy-side base case of $76bn to $77bn”, said UBS analysts.

While banks have been able to charge more for loans, they so far have only passed on more modest rate increases to deposit holders, boosting profit margins.

JPMorgan said deposits in the fourth quarter were $2.4tn, down 4 per cent from a year earlier. This was the bank’s first year-on-year decline since 2016.

Investors and analysts anticipate that banks will eventually have to reward deposit holders with better rates to retain their business and JPMorgan said it expected that would be the case in 2023.

The warning shot from JPMorgan, as the UBS analysts put it, came on Friday as the bank reported net income for the fourth quarter of 2022 of $11bn, or $3.57 per share, up 6 per cent from the same period last year.

Analysts had estimated quarterly net income would fall to $9.3bn, or $3.10 per share, according to consensus data compiled by Bloomberg.

JPMorgan also provisioned a net $1.4bn for potential credit losses, reflecting heightened worries about the economic outlook as well as the increase in loans the bank made during the quarter.

The bank said the build-up of reserves was “driven by a modest deterioration in . . . macroeconomic outlook, now reflecting a mild recession in the central case”.

JPMorgan said the quarter included a gain of $914mn from the sale of 3mn of its 40mn Visa shares. This was counterbalanced by a $874mn loss on the sale of US Treasuries and mortgage-backed securities.

Investment banking revenue was down 58 per cent at $1.5bn, compared with analysts’ estimates for $1.6bn, due to the continued dealmaking slowdown.

Revenues in JPMorgan’s trading division, which has benefited from heavy activity during the recent market volatility, were up 7 per cent at $5.7bn. Analysts had forecast revenue to be $5.88bn.

JPMorgan, an industry bellwether, is reporting earnings along with Bank of America, Citigroup and Wells Fargo.

News - December 27, 2021 0
A crazed woman was arrested by the FBI after she went on an expletive-laced tirade and slapped a fellow passenger aboard a Delta flight...

News - October 20, 2021 0
Lawson’s plan comes as the future of Social Security is in a state of flux. Government officials announced this summer the Old-Age and Survivors...

News - July 28, 2022 0
Missfresh, a Chinese grocery delivery start-up once valued at $3bn, told hundreds of employees that it had run out of cash, as a group...

News - August 28, 2022 0
Many residents of the mountainous Manoor valley say they are stranded and are unable to get home. Source
© 2022 Venture Current is a Flag Media LLC Publication. All Rights Reserved.
VC is part of the FLAG Token rewards network. Clients and partners can use FLAG Tokens for VC products and services.
VC runs 'Automatic' software. Stories posted here come from generic-topic Google news RSS feeds as well as client and partner-approved content.
If a story appears on this page that needs to be deleted due to licensing issues, please message us immediately so we can help you.