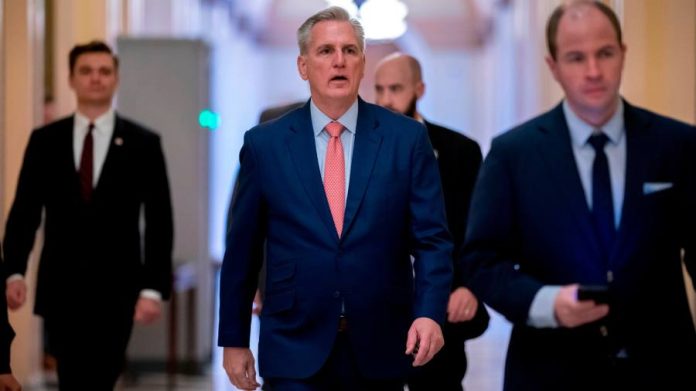 Kevin McCarthy is facing a battle to become the new Speaker of the House of Representatives ahead of a vote in Congress on Tuesday after what had once been seen as an easy path to victory became more tortuous due to Republican party infighting.

McCarthy, a 57-year-old congressman from California, is the House’s top-ranking Republican, and has long been touted as the most likely successor to Nancy Pelosi, the Democratic Speaker of the House who is ceding the gavel after her party lost its majority in last year’s midterm elections.

But it remained unclear on Tuesday morning whether McCarthy would have the support of enough fellow Republicans to come out on top in the Speaker vote, which was set to be held just after midday. While the vast majority of House Republicans have supported McCarthy’s bid, a vocal minority have threatened to his scupper his ambitions by voting against him.

If McCarthy comes up short, the Speaker ballot has the potential to unleash chaos on the House floor, stymieing the legislative process and exposing fresh fissures in a Republican party fighting over the best path forward after a relatively disappointing performance in November’s midterm elections.

All 435 members of the House of Representatives participate in the vote for Speaker, the first order of business for a new Congress. A Speaker needs a simple majority, or at least 218 votes if the entire House is in attendance, to be elected.

However, McCarthy has for months struggled to shore up support amid opposition from various factions within the Republican caucus, including ultraconservatives and lawmakers who are unflinchingly loyal to former president Donald Trump.

McCarthy’s relationship with Trump has over the years oscillated between unabashed public displays of loyalty — Trump has frequently referred to the congressman as “my Kevin” — and acrimony. McCarthy reportedly said “I’ve had it with this guy” after the January 6 2021 attack on the US Capitol, before posing for smiling photos with Trump at his Mar-a-Lago resort just weeks later.

In recent weeks, McCarthy has sought to bolster his standing within the party by brokering deals intended to satisfy the demands of various dissenters.

At the weekend, he rolled out a package of proposed rules to change House procedure. But on Sunday night, a group of nine Republican lawmakers published an open letter saying the changes did not go far enough. They want further concessions that would make it easier to call a no-confidence vote in any future Speaker. 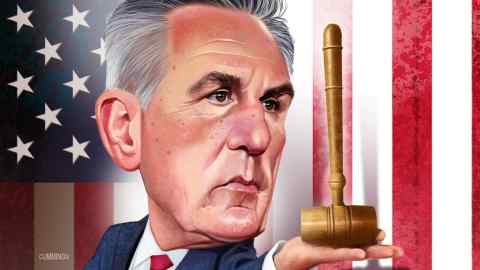 “Nothing changes when nothing changes, and that must start from the top,” Scott Perry, a Republican congressman from Pennsylvania who cosigned the letter, said on Twitter. “Time to make the change or get out of the way.”

Allies of McCarthy were nevertheless adamant that they would secure the votes needed. Leaving the Capitol on Monday afternoon, the congressman declined to answer reporters’ questions, but said: “I think we will have a good day tomorrow.”

If McCarthy does not secure the majority of votes in the first ballot on Tuesday, subsequent ballots will be held — something that has not happened on the House floor in more than a century. The House is constitutionally required to elect a Speaker, and cannot move on to governing until one is selected.

Many on Capitol Hill are braced for the possibility that the process could drag on for days, until McCarthy is able to build enough support or ultimately steps aside in favour of another candidate. While his deputy, Steve Scalise of Louisiana, has supported his boss’s bid, he is seen as the most likely alternative to secure 218 votes if McCarthy fails.

News - October 14, 2022 0
NEW YORK—Wall Street staged its biggest comeback in years Thursday, as stocks roared back from steep morning losses caused by a worse-than-expected report on...

News - February 2, 2022 0
More than two years after Boris Johnson came to power with a promise to “level up” the UK, his government published a policy prospectus...

Hurry! Nintendo Switch is on sale for $279 for Prime members

News - February 9, 2022 0
Discounts on the Nintendo Switch have been hard to find since day one. However, Woot has a killer deal exclusive to Prime members. For a...

News - May 1, 2022 0
Israeli delivery startup Avo is firing hundreds of its employees, Calcalist has learned. The company is set to sack around two thirds of its...

News - August 16, 2022 0
Harvard Business School, one of the world’s most prestigious providers of business education, will offer free MBA tuition for lower-income students, responding to growing...
© 2022 Venture Current is a Flag Media LLC Publication. All Rights Reserved.
VC is part of the FLAG Token rewards network. Clients and partners can use FLAG Tokens for VC products and services.
VC runs 'Automatic' software. Stories posted here come from generic-topic Google news RSS feeds as well as client and partner-approved content.
If a story appears on this page that needs to be deleted due to licensing issues, please message us immediately so we can help you.