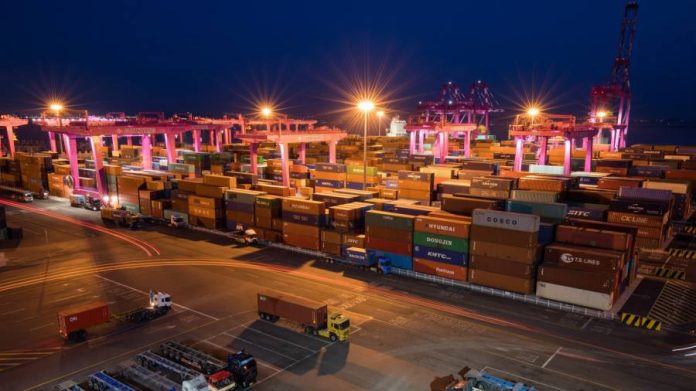 South Korea’s economy contracted in the last quarter — the first time it has shrunk since the onset of the coronavirus pandemic — as exports were hit by the global economic slowdown.

Gross domestic product shrank 0.4 per cent in the October-December period from the previous quarter, the Bank of Korea said on Thursday, which was in line with analyst estimates. The economy still grew 1.4 per cent from a year earlier.

Exports slid 5.8 per cent and private consumption declined 0.4 per cent quarter on quarter while government spending increased 3.2 per cent. Still, the economy expanded 2.6 per cent in 2022 from a year earlier.

Finance minister Choo Kyung-ho played down the weak data as part of a global trend and pledged to provide financial support to exporters, including tax benefits.

“The government will focus policy resources on reactivating exports and investment, such as pushing ahead with deregulation efforts and offering tax and financial support,” Choo told a meeting with government officials.

The data from the export-driven economy provides an early glimpse into the state of the world economy with global demand for Korean exports such as semiconductors, steel and ships slowing in the face of higher interest rates and inflation.

Economists expect the BoK’s quarter-point rise in its policy rate to 3.5 per cent earlier this month to mark the end of its 17-month tightening cycle and to consider starting a rate cut later this year.

“We maintain our below-consensus 2023 growth forecast at 1.3 per cent. This should keep the [central bank] on track for a 25 [basis point] cut in [the fourth quarter] of 2023,” Bum Ki-son, economist at Barclays, said in a note on Thursday.

But economists also expect Asia’s fourth-largest economy to rebound in the current quarter, helped by China’s reopening from Covid-19 restrictions.

“While we see a tailwind, a quick reversal of exports is unlikely,” said Bank of America economists in a note before the data were released. “What Korea needs eventually is China’s final external demand pick-up to strongly benefit Korea’s intermediary good exports.”

News - February 2, 2023 0
Ukrainian President Volodymyr Zelenskyy said Thursday that he believes Russia has already begun the anticipated offensive in the east, but also noted it’s a...

News - March 25, 2022 0
Russian forces are no longer in full control of Kherson, the first Ukrainian city Kremlin troops captured as part of its invasion into the...

News - September 27, 2022 0
Back in January, the Alabama Legislature and Gov. Kay Ivey approved a plan to spend $276 million of the state’s American Rescue Plan Act...

News - March 6, 2022 0
© 2022 Venture Current is a Flag Media LLC Publication. All Rights Reserved.
VC is part of the FLAG Token rewards network. Clients and partners can use FLAG Tokens for VC products and services.
VC runs 'Automatic' software. Stories posted here come from generic-topic Google news RSS feeds as well as client and partner-approved content.
If a story appears on this page that needs to be deleted due to licensing issues, please message us immediately so we can help you.