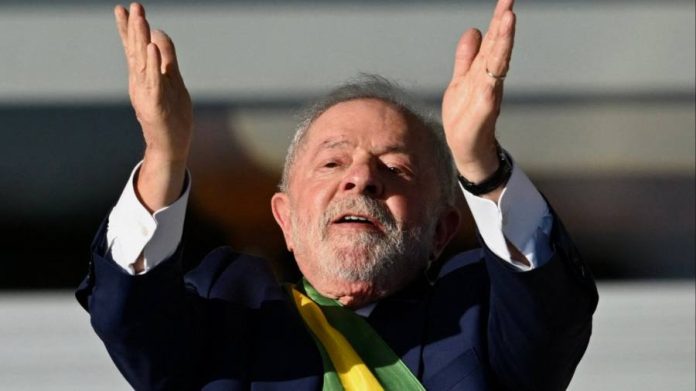 Brazil’s newly elected president Luiz Inácio Lula da Silva has moved to sweep away the legacy of his predecessor Jair Bolsonaro by tightening gun controls and curbing gold mining in the Amazon rainforest.

In the wake of his inauguration on Sunday, the leftwing president revoked a decree that made it easier to buy guns and a decree that allowed for “artisanal” gold mining on indigenous land.

He also ordered his ministers to end studies on the viability of privatising energy group Petrobras and the national post service Correios, and revoked an eleventh-hour decree from the Bolsonaro administration that gave a tax break to large companies. He reiterated promises to abandon the country’s constitutionally mandated cap on public spending, which he called a “stupidity”.

The moves, in line with Lula’s pledge to adopt a more hands-on approach to the management of Latin America’s largest economy, are likely to generate concern among Brazil’s business community after the free market shift of the Bolsonaro administration.

After defeating Bolsonaro by less than 2 percentage points in October, the 77-year-old former metalworker was on Sunday sworn in for a historic third term at a raucous ceremony in Brasília, which featured political pageantry and carnival-like celebrations.

Lula previously served two terms as president between 2003 and 2010 during a period when Brazil enjoyed strong growth on the back of the global commodities boom.

Despite pledging to unite the nation, Lula offered no quarter to Bolsonaro in his first acts, criticising the rightwing populist for his handling of the coronavirus pandemic and for economic and social policies the new president said had caused “national destruction”.

“The responsibilities for this [Covid] genocide must be investigated and must not go unpunished,” Lula told Congress in his inaugural address in a clear reference to his predecessor, who on Friday flew to Florida to avoid attending the inauguration.

The new Brazilian president said his first objective would be to end the hunger of 33mn citizens and the poverty that afflicts 100mn Brazilians, saying “no nation has risen or can rise on the misery of its people”.

The veteran leftwinger reiterated his pledge to end the destruction of the Amazon rainforest and re-established the multibillion-dollar Amazon Fund, which is used to tackle deforestation but had been frozen during the Bolsonaro administration.

On the international front, Lula has promised to deepen relations with Brazil’s neighbours and pursue regional integration.

The new president was on Monday due to meet 17 heads of state who attended his inauguration, with the leaders of Bolivia, Argentina, Ecuador as well as the King of Spain featuring prominently on the top of the agenda. Meetings were also scheduled with representatives from Venezuela and Cuba.

News - October 5, 2022 0
Russia’s armed forces are retreating from the front lines in southern Ukraine after losing significant swaths of territory in recent days, a Moscow-appointed official...

Why Shiba Inu Is Jumping Today

How to invest in a recession | Money

News - November 27, 2022 0
The UK’s latest recession has already begun. It will last for just over a year and the economy is expected to shrink 2.1 per...

News - January 18, 2022 0
KABUL, Afghanistan — Two earthquakes struck a remote, mountainous area of western Afghanistan, killing at least 27 people and destroying hundreds of homes, officials...
© 2022 Venture Current is a Flag Media LLC Publication. All Rights Reserved.
VC is part of the FLAG Token rewards network. Clients and partners can use FLAG Tokens for VC products and services.
VC runs 'Automatic' software. Stories posted here come from generic-topic Google news RSS feeds as well as client and partner-approved content.
If a story appears on this page that needs to be deleted due to licensing issues, please message us immediately so we can help you.