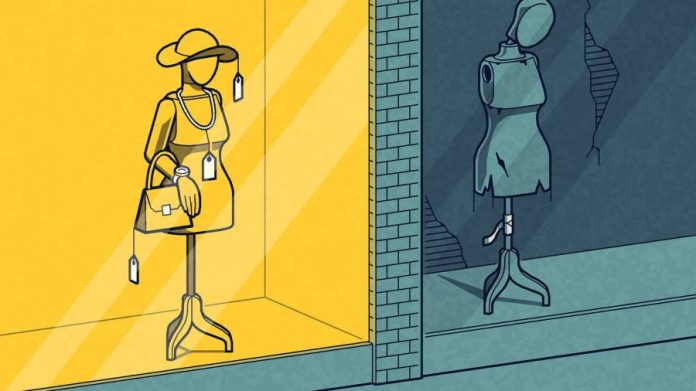 We may be heading for a global recession, but there’s one group of people who can’t seem to stop spending — the world’s richest. While retail sales in general have been falling, and the stock market was down by 20 per cent last year, spending on luxury goods and experiences actually grew by roughly the same amount in 2022, as wealthy individuals unleashed their animal spirits.

The data, which comes from a new Bain & Company study of the luxury market, challenges much of our conventional wisdom about luxury spending and the rich in general.

For starters, last year’s boom in the €1.38tn market was driven almost entirely by Gen Z and Y, who dominated the personal goods market (including luxury clothing, bags, jewellery, etc). “The spending of Gen Z and even the younger Generation Alpha is set to grow three times faster than other generations through 2030,” according to Bain. So much for youthful worries about the materialism of their predecessors.

Further confounding our assumptions, this luxe boom wasn’t fuelled by China, which was still in lockdown for much of last year, but by the US, which led the market. And within America, it was New York that doubled down on its status as the luxury capital of the world. Despite all that Wall Street and Silicon Valley money moving to places such as Miami or LA or Austin, the Big Apple is still where people go to drop big bucks on things like jewellery, watches, handbags and luxury tourism. (You need look no further than the opening of the opulent new Aman New York, where room prices can reach $15,000 a night).

I have to say, I wouldn’t have expected much of this. I thought that even high net worth individuals would be somewhat more sensitive to the steep fall in asset prices, given that these are usually people whose money comes largely from assets rather than income. Perhaps they would spend, but not in a way that actually mirrors the equity dip, only on the upside.

But luxury experts say that there’s simply been so much wealth created over the past two decades that even a 20 per cent stock market price correction is a blip for the top 5 per cent of the market. And it is this top 5 per cent that represents 40 per cent of overall luxury market sales, according to Milton Pedraza, CEO of the New York-based Luxury Institute.

“OK, so the market is down — maybe if I have a family office, the checks I send out in a given month will be for $80,000 instead of $100,000,” says Pedraza, who analyses the premium goods and services industry. But many families haven’t blinked, he says. “There’s still a lot of wealth out there.”

And wealthy people have more time in which to spend their money, since they now live roughly a decade longer than their low-income counterparts, thanks to better healthcare, diet, nutrition and rest. Pedraza believes the notion of the rich as workaholics is a myth. For them, he says, “it’s a sprint not a marathon. Maybe they are working hard to close a deal, and then they go on a long holiday.” He estimates the UHNW individuals he interviews regularly work about six hours a day, “so they are less stressed.”

Not only are the rich living longer, there are more of them than there used to be, because of the continued growth of an asset-owning class in developing countries. And after half a century of turbocharged growth, there is also more intragenerational wealth, notes Bain partner Claudia D’Arpizio. “You’ve now got five generations” of luxury consumers buying into brands like Vuitton, Hermès or Chanel, which they’ve literally grown up with.

It is brands like these that have done the best of late. They have managed this by remaining extremely upscale rather than trying to appeal to the bigger but more economically vulnerable part of the market, the lower 80 per cent of consumers. “They’ve targeted a mindset, rather than a demographic,” says Pedraza. And the mindset is “‘Grandma (or Great-Grandma), can I borrow that Kelly bag?’”

That gets to another reason behind the luxury boom — the growth of a secondary market. High-end vintage purveyors are ubiquitous in the cities where clients live and the places they vacation. But there are also mass-market online resellers, such as The RealReal, which provide a venue for working professionals to resell used items of upmarket clothing or jewellery.

One of the most interesting differences between the post-Covid luxury boom and the post-2008 market is that, this time around, there seems to be no worry about conspicuous consumption. Perhaps this is a hangover from the “greed is good” Trump era. Or perhaps it reflects different policy responses to the respective crises. After the global financial crisis, governments bailed out companies. After the pandemic, American consumers got $2tn in stimulus. They’ve clearly been spending it.

Will this last? I suspect as inflation (which also enlarged the luxury market in 2022 by increasing prices) begins to bite, you’ll see the lower 80 per cent of luxury consumers fall off. They might be willing to buy a Chanel bangle or an Hermès scarf once a year, but they also carry debt, which is getting more costly.

As for the world’s richest, their money — and their lifestyles — really do seem to reflect a new Gilded Era. I can’t help but wonder when, and how, it will all end.

News - May 7, 2022 0
Something really weird is going on with Russian soldiers and their ability to drink vodka.Tech blog Bleeping Computer spotted reports yesterday that multiple distributed...
© 2022 Venture Current is a Flag Media LLC Publication. All Rights Reserved.
VC is part of the FLAG Token rewards network. Clients and partners can use FLAG Tokens for VC products and services.
VC runs 'Automatic' software. Stories posted here come from generic-topic Google news RSS feeds as well as client and partner-approved content.
If a story appears on this page that needs to be deleted due to licensing issues, please message us immediately so we can help you.