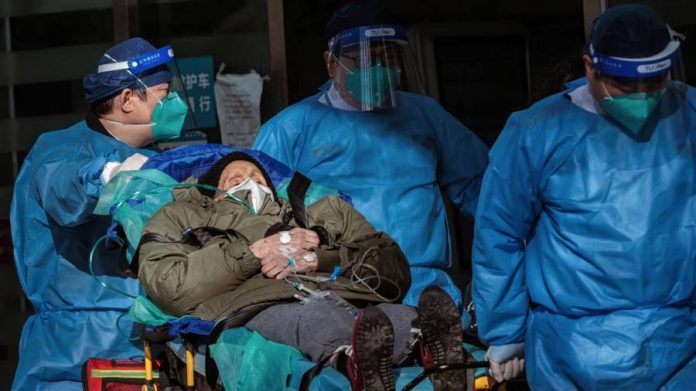 China’s medical staff are being asked to work while sick and retired workers are being recalled to duty, as frontline health professionals bear the brunt of Beijing’s about-face on its tough zero-Covid policy.

Experts have warned that the situation will deteriorate as the virus spreads from China’s big cities to rural areas with more precarious healthcare systems, as the country struggles with one of the world’s biggest Covid outbreaks.

“We can work hard, we can work overtime, but at the end of the day, medical staff, like others, are made of flesh, not iron,” said a Beijing-based doctor surnamed Ning. “No matter how dedicated we are, we have physical and mental limits.”

Beijing’s abrupt decision to abandon its zero-Covid containment strategy — which used mass testing, quarantines and lockdowns — has allowed the virus to proliferate through China’s largest cities. After scrapping some restrictions this month, the National Health Commission on Monday announced that inbound travellers would not have to quarantine from January 8, as it downgraded its classification of the disease.

Patchy vaccination coverage among the elderly and low stocks of oxygen and fever medication have led to overcrowded emergency rooms in places such as Beijing, Shanghai and Guangdong, putting particular pressure on healthcare workers.

The Financial Times interviewed five doctors and nurses, who reported that working conditions were rapidly deteriorating as Covid infected staff. Some of those interviewed did not provide their full names for fear of reprisal from their employers or the government.

“The policy U-turn doesn’t mean we are switching from the hard mode to an easy mode. Instead, we’re entering a new hard mode,” said a doctor with the surname Ying, who works at one of Shanghai’s biggest hospitals. “We have to postpone all non-emergency operations to secure the manpower of emergency rooms.”

A doctor named Dong in southern Guangdong province said health authorities had requested his clinic treat positive cases after designated Covid hospitals were overrun. But Dong’s clinic had yet to receive the necessary drugs and antigen testing kits to deal with coronavirus patients.

A group on messaging app WeChat that Dong set up for patients has “multiplied a dozen times” in membership in the past week. “I can’t do much for our patients right now,” he said. “I’m not sure how much longer we can carry on without medication and guidance from above.”

Doctors from Shanghai’s Huashan Hospital said its fever clinics in the city centre had experienced a fivefold increase in the number of patients, according to an interview with state media.

After closely monitoring the health of its citizens with mass testing, China has ceased providing comprehensive public data on the latest outbreak and sharply narrowed the official definition of Covid cases and deaths.

The country reported no new deaths on Christmas Day and Boxing Day and only a handful of fatalities since the outbreak began this month. FT reporters, however, have found a sharp increase in activity at Beijing’s crematoriums and have witnessed bodies in hospital Covid wards. Internal estimates show that 250mn people might have caught the virus in the first 20 days of December.

Yanzhong Huang, a senior fellow for global health at the Council on Foreign Relations think-tank, said local officials had adopted a “laissez-faire approach” and were pushing for “the population to achieve herd immunity as soon as possible”. He added that the sudden removal of restrictions had caused “maximum virus spread” and “maximum pressure for hospitals”.

Some hospitals in Beijing are seeking to enrol retired doctors and nurses to cope with the surge of patients, according to recruitment notices seen by the FT, or have instructed staff to work as long as their temperature is under 38C.

Duan Xiaoqing, head nurse of the neurology department at Luoyang No 3 Hospital in central China’s Henan province, said all 38 of her staff had been infected, but they kept working through sore throats and high fevers. “We have nowhere to go. It’s our duty and obligation,” she said in a widely spread video clip on WeChat and local TV.

But concerns have mounted over the safety of health professionals after the sudden death due to heart failure of a medical student surnamed Chen, who was working as a trainee at a hospital in Chengdu, south-western China. He was asked to continue working after testing positive days before he died, according to two of his classmates.

Experts have expressed fears that pressure on hospitals in coastal cities will be amplified in the country’s poorer interior. China’s western provinces have fewer doctors and nurses per head of population, provincial statistics show.

“Now we’re seeing more people getting infected in rural areas,” said Huang. “A lack of trust in the rural healthcare system will lead to an influx of people bypassing rural hospitals for urban centres, which will add to the stress.”

In a town in south-western Sichuan province with a population of less than half a million, a doctor in the local hospital said the staff were feeling increasingly stressed as patients with fevers packed consulting rooms. “It’s the first time in three years for us to handle Covid cases directly,” said a doctor namd Xu. “We have little related experience and training . . . and medicines are in short supply.” 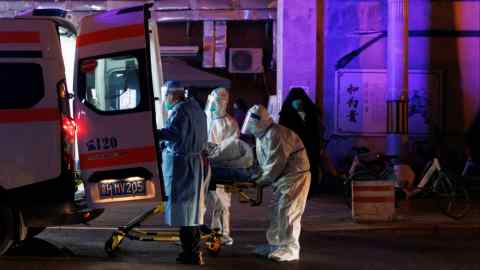 Xu tested positive but was asked to continue working. “More than half of the medical workers are sick but each hour more patients come here for treatment. [We] have no choice but to carry on working.”

The Beijing-based doctor Ning said one of the most stressful aspects for medical staff was that they were being blamed by the public for the difficult situation, with videos online accusing doctors of not treating Covid patients in a proper or timely manner.

He also felt guilty and worried about the legal risks of working while infected because of the danger of exposing vulnerable patients to Covid.

“No matter which path we choose, medical staff are the frontier fighters taking the blow,” he said.

Here is when the next recession may happen, says Deutsche Bank

News - December 15, 2021 0
When the Fed begins its long-awaited bond-tapering program as it seeks to tame red-hot inflation, the clock starts ticking on when the U.S. might...

News - August 25, 2021 0
I tried several RSS feed generators and the one that worked best, aside from being the simplest, was RSS.app. It's great how useful the...

News - November 1, 2021 0
© AP The G20 leaders pledged to quit financing coal power plants abroad ahead of the shift of the global agenda to Glasgow — and...

News - April 29, 2022 0
The Pixel Watch leaks campaign is now in full force ahead of its probable announcement at Google I/O next month. We've already seen a...

News - January 23, 2022 0
© 2022 Venture Current is a Flag Media LLC Publication. All Rights Reserved.
VC is part of the FLAG Token rewards network. Clients and partners can use FLAG Tokens for VC products and services.
VC runs 'Automatic' software. Stories posted here come from generic-topic Google news RSS feeds as well as client and partner-approved content.
If a story appears on this page that needs to be deleted due to licensing issues, please message us immediately so we can help you.