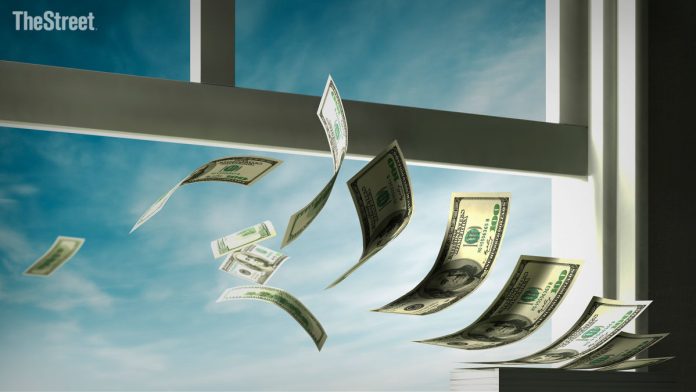 While the economy certainly hasn’t broken down yet in the face of the Federal Reserve’s interest rate hikes, economists don’t have a rosy outlook for the next year.

This is the worst reading since mid-2020. To be sure, the outlook for profit margins over the next three months is higher, with an NRI of -7, up from -17 in October.

As for their outlook on the economy, slightly more than half of respondents put the possibility of a recession over the next year at 50% or higher.

In addition to the recessionary fear, “for the first time since 2020, more respondents expect falling rather than increased employment at their firms in the next three months,” said NABE President Julia Coronado, president of MacroPolicy Perspectives.

And, ‘fewer respondents than in recent years expect their firms’ capital spending to increase in the same period.”

But overall, respondents offered a mixed picture of economic conditions.

“Wages rose at a majority of respondents’ firms in the last three months of 2022, and more firms added workers than reduced headcounts.” But then he noted the depressing profit margin data.

When it comes to prices, “the panel suggests that inflation may be easing, with the outlook for prices charged at its lowest reading since the October 2020 survey,” Herrera said.

“Materials costs have drifted down significantly since last July, and more respondents expect falling costs in the next three months.”

Meanwhile, Nouriel Roubini, the chief economist of Atlas Capital who predicted the financial crisis of 2007-09, is a bit more pessimistic than the NABE panel.

“A host of interconnected mega-threats is imperiling our future,” he wrote in a commentary on Project Syndicate.

“The stubbornly low inflation of the pre-pandemic period has given way to today’s excessively high inflation.”

In addition, “secular stagnation — perpetually low growth owing to weak aggregate demand —has evolved into stagflation, as negative supply shocks have combined with the effects of loose monetary and fiscal policies.”

Interest rates are soaring, “creating the risk of cascading debt crises,” Roubini said. Deglobalization and protectionism are the rules of the day.

Dow Jones Futures: Market Rally Is At Inflection Point, What To Do Now; Tesla...

News - January 18, 2022 0
Sadiq Khan, the mayor of London, is considering radical new policies to reduce air pollution and meet climate targets, including a huge expansion of...

Advanced economies to be back on track by 2024: Gopinath

US Republicans pull $1bn from BlackRock over ESG investing concerns

News - October 9, 2022 0
BlackRock has lost more than $1bn in asset management business in US Republican states upset with the company’s green investing policies, withdrawals that have...

News - September 20, 2021 0
Federico Viticci at MacStories is back at it again with another incredibly in-depth look at Apple’s latest iOS and iPadOS releases. This year, Viticci...
© 2022 Venture Current is a Flag Media LLC Publication. All Rights Reserved.
VC is part of the FLAG Token rewards network. Clients and partners can use FLAG Tokens for VC products and services.
VC runs 'Automatic' software. Stories posted here come from generic-topic Google news RSS feeds as well as client and partner-approved content.
If a story appears on this page that needs to be deleted due to licensing issues, please message us immediately so we can help you.