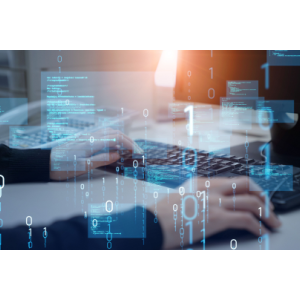 The developer behind a leading open source machine learning framework has warned that a malicious dependency mimicking one of its own was available on a leading code repository over the Christmas period.

The malicious package, “torchtriton,” had the same name as a legitimate PyTorch dependency, but featured code that uploaded sensitive data from a victim’s machine, PyTorch explained.

“At around 4:40pm GMT on December 30 (Friday), we learned about a malicious dependency package (torchtriton) that was uploaded to the Python Package Index (PyPI) code repository with the same package name as the one we ship on the PyTorch-nightly package index,” it said in a blog post.

“Since the PyPI index takes precedence, this malicious package was being installed instead of the version from our official repository. This design enables somebody to register a package by the same name as one that exists in a third-party index, and pip will install their version by default.”

PyTorch urged anyone who installed PyTorch-nightly on Linux via pip between December 25–30 2022 to uninstall both it and torchtriton immediately, and use the latest nightly binaries – from after December 30.

Statistics from January 1 revealed that over 2300 developers had downloaded the malicious package over the previous week, potentially putting their projects at risk.

Endor Labs security researcher, Henrik Plate, argued that attackers are increasingly gravitating away from exploiting CVEs and towards manipulating maintainers and users, with techniques that are harder to detect via traditional bug scanning.

“The technique used in the attack is similar to the well-known dependency confusion, and exploits setups where multiple package repositories are used for downloading project dependencies,” he explained.

News - September 4, 2022 0
An E. coli outbreak centered in the Midwest has expanded to New York state, according to the Centers for Disease Control and Prevention.The outbreak...

News - June 6, 2022 0
The fashion industry is producing twice as many emissions as permitted if it is to meet UN climate targets in less than eight years,...

PPI, a key inflation measure, hit its highest level on record in November

News - December 14, 2021 0
The producer price index — which tracks the average changes in selling prices that domestic producers receive over time — rose 9.6% over the...

News - March 22, 2022 0
Russia announced that it would stop negotiations with Japan regarding a post-World War II peace treaty in response to Tokyo's recent sanctions against Moscow over the invasion of Ukraine.The Russian Foreign...
© 2022 Venture Current is a Flag Media LLC Publication. All Rights Reserved.
VC is part of the FLAG Token rewards network. Clients and partners can use FLAG Tokens for VC products and services.
VC runs 'Automatic' software. Stories posted here come from generic-topic Google news RSS feeds as well as client and partner-approved content.
If a story appears on this page that needs to be deleted due to licensing issues, please message us immediately so we can help you.