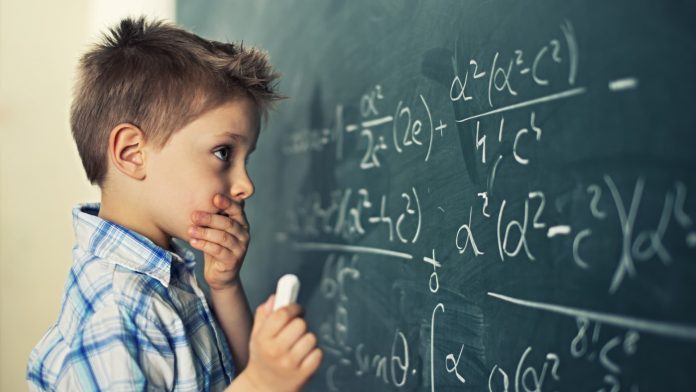 Internet writers, especially ones who publish frequently, are going to make mistakes. It’s part of the job.

So it didn’t surprise me this week when a bunch of smart financial people on social media pointed out that a post on political columnist Matt Yglesias’s Substack, Slow Boring, contained some fuzzy math relating to bonds. Bonds are complicated!

“A ‘basis point’ is just a percentage point. It has the exact same meaning and takes up the same number of words and I have no idea why finance guys like to say ‘basis point’ instead. Sometimes they shorten it to ‘bips’ because too many people have gotten wise to the basis points,” read a footnote in the original post.

And look, Yglesias is right that a lot of this jargon can get confusing — sometimes seemingly intentionally so. Here’s what you actually need to know about percentages if you’re not a “finance guy.”

Percent change tells you how your investments are performing

When it comes down to it, everyone wants to know the same thing about their investments: Are they up or down, and by how much? The gain or loss in a particular investment is almost always expressed by a percentage. If you bought a stock for $10 yesterday and today it costs $12, you’re up 20%.

How’d we get there?

Knowing how this works is essential to understanding how your investments perform. It makes intuitive sense, for instance, that if your investment loses 10% and then gains 10% you’re back where you started.

Make the numbers bigger and you’ll see how important it is to protect your portfolio from major downdrafts. A 50% loss requires a 100% return to break even.

Percent change allows you to express the difference between two values, but what if the two things you want to compare are percentages? This happens all the time in finance. You may want to compare the performance of a fund to its benchmark index. Or maybe you want to express how the yield on a bond has changed.

Using the formula from before, we could say that foreign stocks have been 75% better — a calculation that would be correct but not very descriptive. Instead, you’d say that the foreign benchmark beat the S&P by 3 percentage points.

You could also say 300 basis points, but basis points really come in handy if you’re dealing with smaller numbers. The Fed recently voted to boost the overnight borrowing rate by half a percentage point to a range between 4.25% and 4.5%. In financial news you might have seen “0.5 percentage point” or the rounder “50 basis points.”

For trickier little numbers, you can see why the finance guys like “bips” (basis points is often abbreviated to bps). It’s easier to vocalize “78 basis points” than “zero point seven eight percentage points.” But as long as you know the difference, say it however you want.

Don’t miss: Think twice before buying the top 10 ETFs of 2022: ‘It doesn’t work that way in investing’

News - October 4, 2021 0
Of 12 sitting heads-of-state implicated in the Pandora Papers, most are from low- and middle-income countries. So are many other politicians and elites named...

News - August 13, 2021 0
Since the end of 2020, consumer prices for gasoline, food, housing and most everything else have surged and there is growing concern about inflation....

News - September 1, 2021 0
Cryptocurrencies updatesSign up to myFT Daily Digest to be the first to know about Cryptocurrencies news. The chair of the US Securities and Exchange Commission...
© 2022 Venture Current is a Flag Media LLC Publication. All Rights Reserved.
VC is part of the FLAG Token rewards network. Clients and partners can use FLAG Tokens for VC products and services.
VC runs 'Automatic' software. Stories posted here come from generic-topic Google news RSS feeds as well as client and partner-approved content.
If a story appears on this page that needs to be deleted due to licensing issues, please message us immediately so we can help you.