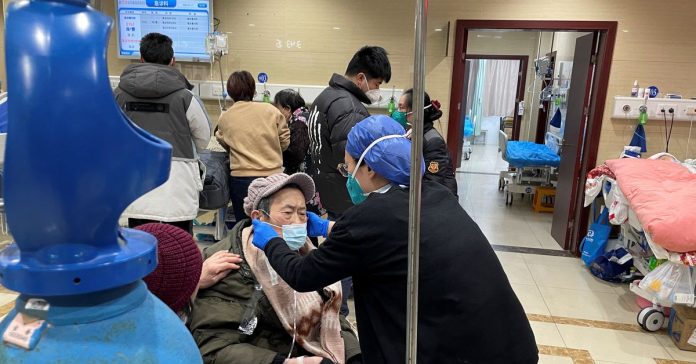 BEIJING, Jan 18 (Reuters) – Millions of urban workers were on the move across China on Wednesday ahead of the expected Friday peak of its Lunar New Year mass migration, as China’s leaders looked to get its COVID-battered economy moving.

Unfettered when officials last month ended three years of some of the world’s tightest COVID-19 restrictions, workers streamed into railway stations and airports to head to smaller towns and rural homes, sparking fears of a broadening virus outbreak.

Economists are scrutinising the holiday season, known as the Spring Festival, for glimmers of rebounding consumption across the world’s second largest economy after new GDP data on Tuesday confirmed a sharp economic slowdown in China.

While some analysts expect that recovery to be slow, China’s Vice-Premier Liu He declared to the World Economic Forum in Switzerland on Tuesday that China was open to the world after three years of pandemic isolation.

National Immigration Administration officials said that, on average, half a million people had been moved in or out of China per day since its borders opened on Jan. 8, state media reported.

But as workers flood out of megacities, such as Shanghai, where officials say the virus has peaked, many are heading to towns and villages where unvaccinated elderly have yet to be exposed to COVID and health care systems are less equipped.

As the COVID surge intensified, some were putting the virus out of their mind as they headed for the departure gates.

Travellers bustled through railway stations and subways in Beijing and Shanghai, many ferrying large wheeled suitcases and boxes stuffed with food and gifts.

“I used to be a little worried (about the COVID-19 epidemic),” said migrant worker Jiang Zhiguang, waiting among the crowds at Shanghai’s Hongqiao Railway Station.

The infection rate in the southern city of Guangzhou, capital of China’s most populous province, has now passed 85%, local health officials announced on Wednesday.

In more isolated areas, state medical workers are this week going door-to-door in some outlying villages to vaccinate the elderly, with the official Xinhua news agency describing the effort on Tuesday as the “last mile”.

Clinics in rural villages and towns are now being fitted with oxygenators, and medical vehicles have also been deployed to isolated areas.

While authorities confirmed on Saturday a huge increase in deaths – announcing that nearly 60,000 people with COVID had died in hospitals between Dec. 8 and Jan. 12 – state media reported that heath officials were not yet ready to give the World Health Organization (WHO) the extra data it is now seeking.

Specifically, the U.N. agency wants information on so-called excess mortality – the number of all deaths beyond the norm during a crisis, the WHO said in a statement to Reuters on Tuesday.

The Global Times, a nationalistic tabloid published by the official People’s Daily, quoted Chinese experts saying the China Center for Disease Control and Prevention was already monitoring such data, but it would take time before it could be released.

Doctors in both public and private hospitals were being actively discouraged from attributing deaths to COVID, Reuters reported on Tuesday.

Reporting By Bernard Orr in Beijing and Beijing and Shanghai newsrooms; Additional reporting By Xihao Jiang in Shanghai; Writing By Greg Torode; Editing by Michael Perry

5 things to know before the stock market opens Thursday, Oct. 7

News - October 7, 2021 0
Here are the most important news, trends and analysis that investors need to start their trading day:1. Dow set to jump as optimism builds...

How It Would Affect Average Americans

Granblue Fantasy: Versus Rising announced for PS5, PS4, and PC

News - November 19, 2022 0
Former Bundesbank president Jens Weidmann is to become chair of Commerzbank next year, the German lender announced on Saturday in a surprise move that...

US stocks rise sharply after better than expected Goldman earnings

News - October 18, 2022 0
US stocks rose sharply on Tuesday, extending gains from the previous session, after Goldman Sachs became the latest company to post better than expected...
© 2022 Venture Current is a Flag Media LLC Publication. All Rights Reserved.
VC is part of the FLAG Token rewards network. Clients and partners can use FLAG Tokens for VC products and services.
VC runs 'Automatic' software. Stories posted here come from generic-topic Google news RSS feeds as well as client and partner-approved content.
If a story appears on this page that needs to be deleted due to licensing issues, please message us immediately so we can help you.